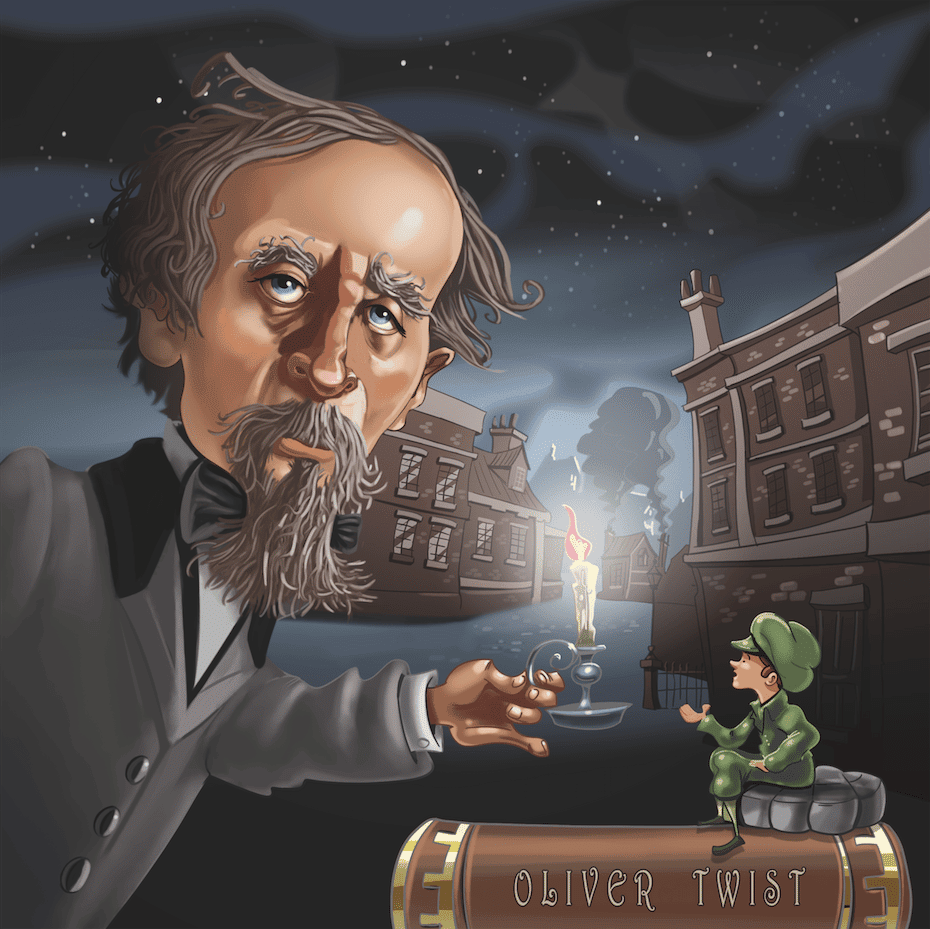 1.English novelist Charles Dickens (1812-1870) was known for works such as A Tale of Two Cities and Great Expectations. One of Dickens’ central themes throughout his tales was poverty—likely because his parents were impoverished. When Dickens was only 12 years old, his father had amassed such an amount of debt that the entire family except himself and his older sister were sent to debtor’s prison. Dickens dropped out of school to support himself, taking a job at a warehouse earning six shillings a week.

2. Dickens penned his earliest works under the pseudonym Boz. Some suggest that he used this name so as not to associate himself with Shakespeare’s phrase, “What the dickens?” which implied summoning of the devil.

3. He was amazing at writing about the wonder of the ordinary. Having dinner with your friends, enjoying a family gathering, or browsing a store for a necktie were ordinary actions that Dickens beautified in his writing.

4. He started a women’s home called “Urania House,” where prostitutes living on the street corners sought refuge and received instruction in reading and writing. Nearly 100 women graduated from the “Urania House” and were enabled to quit prostitution.

5. He owned a pet raven named Grip, which he used as inspiration for writing, particularly when drafting Barnaby Rudge. When Grip died, Dickens bought another raven and gave it the same name. Oddly enough, when the Grip II died, Dickens asked a taxidermist to stuff the bird to keep it in a glass case.

6. Dickens desired to entertain his readers through his novels, yet also provide them with moral lessons. In the cases of Oliver Twist and Great Expectations, Dickens used innocent children as characters to display the failures of modern industrialized society. He described the terrible conditions of factory workers and child labor because he experienced these horrors himself.

7. He was a cat lover. He has been quoted asking, “What greater gift than the love of a cat?” As a dog lover myself, I cannot cosign on that rhetorical question.

8. Some notable fiction writers such as William Shakespeare, J. R. R. Tolkien, and Sir Thomas More created their own words to employ in their writing. Dickens was among this group. He created the words abuzz, the creeps, butter-fingers, and sassigassity, among others.

9. He was a member of the “Ghost Club,” a group of spiritual believers who sought to investigate supernatural hauntings and occurrences. Later members of this club included Sir Arthur Conan Doyle, Sherlock Holmes’s creator, and W. B. Yeats—the Nobel Prize-winning poet.

10. Charles Dickens died of a stroke on June 9, 1870, at the age of 58. He suffered great sorrow toward the end of his life as both his mother and son died in 1863. After that, his health declined. Along with his lasting influence, Dickens left behind an unfinished novel aptly titled, The Mystery of Edwin Drood.