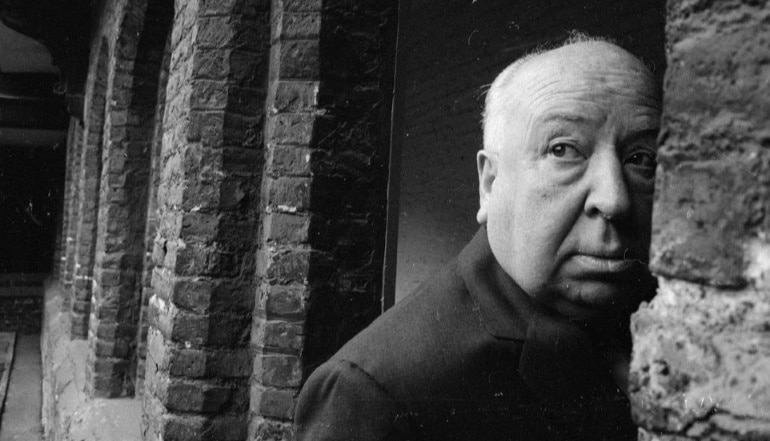 The Enduring Influence and Legacy of Alfred Hitchcock 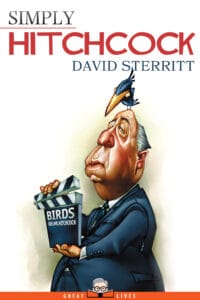 Alfred Hitchcock was a legendary director, producer, impresario, entertainer, celebrity, and filmic philosopher. He was also an elegant host. On the weekly television program that bore his name, he welcomed viewers into every episode with a dignified “Good evening,” followed by a wry little speech or mini-skit that connected in a whimsical way to the drama about to begin. In that spirit, I’ll start this book about the Master of Suspense not in one of the places usually linked with him—his native England or his beloved Hollywood—but rather in the vaults of the New Zealand Film Archive, where a very Hitchcockian discovery made international news in 2010.

What researchers found there were three film reels that everyone thought had been lost, destroyed, or allowed to disintegrate decades earlier. The reels contained the first half of The White Shadow, a 1924 feature to which the 24-year-old Hitchcock, then a rising young talent in the British film industry, had energetically contributed.

It’s hard to say exactly how footage from this English production ended up in a New Zealand film vault. But this was an era when movies were regarded as mere commodities, to be tossed in the rubbish when their commercial possibilities were exhausted. If a print was in the hands of a faraway exhibitor when its prospects ran dry, the distributor might see no point in paying for return shipping. New Zealand is a long way from London and Los Angeles, so it’s easy to imagine a British or American company writing off copies of The White Shadow when no more theaters were in the market for them. A partly intact copy found its way to the New Zealand archive, where it was misidentified as an American movie—the titles and credits were missing, and it bore the mark of Lewis J. Selznick Enterprises, a Hollywood-based distributor—and stored under a generic title.

The White Shadow attracted enormous attention when the National Film Preservation Foundation (NFPF) in Washington, DC, brought the picture (and other works with American ties) from New Zealand to the United States, energetically publicizing the Hitchcock connection. Public excitement about the discovery testified to the continuing magic of Hitchcock’s name—strong magic indeed, since only half of the movie was unearthed, and properly speaking, it isn’t even a Hitchcock picture. He worked on it as an assistant to Graham Cutts, the veteran British filmmaker who actually directed it.

The important point here is Hitchcock’s ability to make news 30 years after his death. Media outlets ranging from CNN to Radio Scotland and New Zealand’s own Newstalk ZB covered the discovery of The White Shadow, and when the NFPF slated 176 recovered pictures for preservation to 35mm film and digital video, the opus by Cutts and Hitchcock was one of a dozen items released on a DVD called Lost and Found: American Treasures from the New Zealand Film Archive.1Shortly afterward it joined a longer list of selections streamed on the Internet for all to see. The White Shadow was out of the shadows for good, and admirers now hope the second half of the film will turn up in some other archive where it’s been resting in obscurity since the age of silent cinema.

Turning to Hitchcock’s career more broadly, his most famous contribution to the verbal lexicon of film is the word “MacGuffin,” which he explained repeatedly over the years. In a 1968 essay, he described it thus: “It’s something that the characters in the film care a lot about, but the audience doesn’t worry about it too much…. As a matter of fact I refuse to use the kind of thing [for MacGuffin material] which most people think is very important.”2

Critics and scholars have glossed, paraphrased, and expanded on the word. Ken Mogg, editor of The MacGuffin and author of The Alfred Hitchcock Story, notes that it originated with Angus MacPhail, one of the director’s screenwriter friends. Mogg continues:

The term [refers to] something that sets the film’s plot revolving…. It’s really just an excuse and a diversion. In a whimsical anecdote told by Hitchcock, he compared the MacGuffin to a mythical ‘apparatus for trapping lions in the Scottish Highlands’. In other words, it could be anything—or nothing—at all. In Notorious, it’s just a lot of fizz: uranium-ore hidden in [wine] bottles. In North by Northwest, it’s ‘government secrets’, whatever they may be. (Hitchcock considered that this was his ‘best’ MacGuffin, because virtually non-existent.) Actually North by Northwest turns out to be one vast MacGuffin, being full of ‘nothings’ like the ‘O’ in Roger O. Thornhill’s name, or the empty prairie, or the non-existent agent named Kaplan. In effect, the function of a MacGuffin is like the ‘meaning’ of a poem—which T. S. Eliot compared to the bone thrown by a burglar to distract the watchdog of the mind while the poem goes about its own, deeper business. Hitchcock’s most prescient MacGuffin is in Torn Curtain, whose ‘Gamma Five’ project, concerning an anti-missile missile, anticipated by more than a decade President Reagan’s ‘Star Wars’ project.3

Hitchcock’s analysis was correct: something must be at stake for the people in the story, but for the audience that “something” matters far less than the challenges, relationships, triumphs, and defeats of the characters who experience them.

It’s also true, however, that some moviegoers care more about narrative details than about character psychology. For them, the MacGuffin’s inconsequentiality is a defect in Hitchcock’s films. They want to know who put the uranium into the bottles in Notorious, what’s on the strip of microfilm in North by Northwest, who taught the aircraft plans to Mr. Memory in The 39 Steps, just how Harry died in The Trouble with Harry, and for what possible reason The Birds are suddenly attacking the human race. Hitchcock had a word for moviegoers like these: he called them “Plausibles,” and he didn’t hold their opinions in high regard. For him, it was pointless to fuss over details that don’t seem “realistic,” as if anything is truly “realistic” in a motion picture, that artificial beast with two dimensions and straight-edged borders.

Hitchcock dismissed such nitpicking cheerfully and also thoughtfully. “I’m not concerned with plausibility,” he told French film director François Truffaut in one of their interview sessions; “that’s the easiest part of it, so why bother?” He then remarked on the imperatives of his kind of cinema, contrasting the Hitchcock approach with the documentary method that had influenced but not taken over his style:

There’s quite a difference, you see, between the creation of a film and the making of a documentary. In the documentary, the basic material has been created by God, whereas in the fiction film the director is the god; he must create life. And in the process of that creation, there are lots of feelings, forms of expression, and viewpoints that have to be juxtaposed. We should have total freedom to do as we like, just so long as it’s not dull. A critic who talks to me about plausibility is a dull fellow.4

On another occasion, he summed it up in a sentence: “For me, the cinema is not a slice of life, but a piece of cake.”5

1. With a total running time of 198 minutes, Lost and Found: American Treasures from the New Zealand Film Archive also includes John Ford’s dramatic comedy Upstream (1927), about residents of a theatrical boarding house; the short comedy Won in a Cupboard (1914), directed by Mabel Normand, who also stars; Howard M. Mitchell’s The Love Charm (1928), a dramatic short showing sea and sand in the two-color Technicolor process; plus newsreels, a 1920 documentary explaining how Stetson hats are made, an episode from Walter Edwin’s serial Dolly of the Dailies (1914), a 1923 cartoon, and other vintage entertainments.