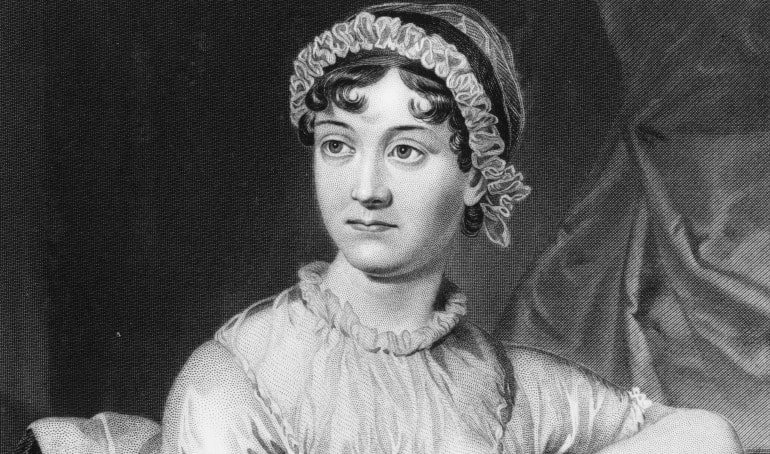 Jane Austen is the most moral of writers, but what is her morality? What values does she espouse and promote? That is not an easy question, given the elusiveness of the authorial mind and the gap between life and art, but I propose to deal with an easier subject: what moral ideas I have derived from reading her works. I also shall describe how her books strike me, hoping (but not claiming) that this corresponds to her intentions and attitudes. 1 It seems to me an interesting and distinctive set of values, worth making explicit and pondering. I will not demonstrate my interpretation by reference to the texts; I will simply set out the view that I find in them with minimal reference to character and story.

The most significant feature of Austen’s moral view is that it is a two-tier perspective—she believes in two sorts of loosely connected values. It is often said that Austen is a worldly writer, aware of reality (especially social reality) and its demands; she is not high-minded. This is true, but only partially. She certainly accepts the value of worldly things: money, houses, good looks, clothes, rank, manners, charm, carriages, horses, balls, comfort, food, warmth, furniture, and money (always money). A handsome man with a large fortune is not to be sneezed at, as is a pretty girl who can play the harp and make witty conversation.  Austen properly values these worldly things and is happy to be guided by them: not for her the life of self-abnegation and the ascetic nunnery. Her idea of a good life is marriage to a handsome and charming man with a considerable fortune in a fine country mansion. That is the first tier of value: what might loosely be called bourgeois values, except that “aristocratic values” is closer to the mark. In Austen’s world, good looks and money are paramount: a poor, plain man is not regarded as desirable. For her, it is simply unrealistic to believe otherwise.

What is the second tier? One might think it is moral virtue—a desirable person must be virtuous. This is not wrong, but it misses what is distinctive in Austen’s view. It is not virtue as such that she admires—good motives, right actions, and beneficial consequences—but moral discernment. She particularly values correct moral judgment and moral intelligence—seeing what is right. Often her heroines progress from moral blindness to moral vision, without ever doing anything particularly moral. Often, too, they start with superior moral perception to those around them and are not admired for it. It is this perceptiveness—intellectual virtue—contrasted with the moral crassness of others that Austen singles out for praise (Fanny Price in Mansfield Park is a good example; as is Anne Eliot in Persuasion). There are also two other traits that excite Austen’s admiration, not usually presented on the list of virtues: humor and eloquence of expression. She is herself famously funny, especially when satirizing the foibles of her characters (there are many examples but Mrs. Norris and Lady Bertram in Mansfield Park spring immediately to my mind). Her humor is of a rarified and morally complex kind, so it is not far removed from the first virtue I identified, moral discernment. It is also partly aesthetic and observational, rather than practical. It characterizes a certain kind of sensibility: a way of seeing things. Her most despicable characters are notably lacking in it, and some worthy characters are simply dull. And then there is a way a person talks, as well as moves and smiles. The speech of her characters is calibrated to their expressive powers: some characters can be meretricious in their eloquence, but generally, speech gives a clear indication of the inner quality of the person. He who speaks well is spiritually well. She who chatters and babbles is of no account. This is Austen’s harshest demand on people, because it cannot be detached from intelligence and education. The finest people are the finest in their speech. Here we might feel that she incurs the charge of snobbery, and that would not be a wrong opinion. She is saved from it—or it is mitigated—by the fact that some of her wealthiest and most consequential figures are dull of speech and hence unlovable (Sir Thomas Bertram being a good example). In Austen’s moral universe this is a non-negotiable fact: verbal skill is among the highest of values. And it goes with the other two values, since it is connected to humor and also to the intellectual faculty of moral discernment. It is also strongly aesthetic—more so really than houses and horses. Distinction of speech is regarded as beautiful and desirable. Of course, Austen herself has this power to an almost preposterous degree: she can’t utter a sentence without betraying her genius and distinction. Some of her most misogynistic impulses (and there are plenty) stem from her expressive requirements: the poorly spoken pedestrian woman is a figure of contempt. The ideal woman (and man) is morally perceptive, humorous, and eloquent. These qualities coexist with the other more worldly values, which also have their place; but they exist in a class of their own. They mark out the superior from the inferior.

This is not traditional Christian morality: far from it. It has an almost Nietzschean character. The Austen heroine is not out there helping the poor but entertaining her friends and family with her cutting wit, verbal prowess, and moral intelligence (we don’t hear much about the servants and their trials). In addition, she dances and dresses well, and is pretty, spirited, and gifted. Thus she combines two sorts of virtue, which are not always (or often) found together: higher virtues and lower ones. Both are essential to being a person of true value. In Austen’s social world people tend to find the first set of values of exclusive merit; her radical alternative is that there is another set of values of higher importance. But this set is hardly what Christian morality would propose. Even the moral component is skewed towards the personal and inward, not being much concerned with actual good deeds (though these are not disregarded). Most shockingly perhaps, superior virtue is held to reside in the aesthetic qualities of humor and eloquence. This is what we thrill to in Jane Austen: the unabashed celebration of the most civilized of virtues. It is all very well to be a good person in Austen’s moral universe (indeed it is essential), but it is also important to be a civilized person in the sense captured by the three virtues she highlights. Indeed, we should not really think of the former concept independently of the latter. So Austen is not Christian in two respects: she accepts the value of worldly goods without question, and is unconcerned with questions of fair distribution; she also celebrates virtues not recognized in traditional Christian morality, which have a distinctly aesthetic cast (she is Wildean as well as Nietzschean—though before those two men ever came along). Certainly, there is no shortage of unethical charmless parsons in her novels, and God doesn’t come into the picture much. Their moral failings are invariably connected to their intellectual limitations. She doesn’t find virtue to be incompatible with wealth, and she most approves of qualities of mind. 2

Two ancillary themes stand out. There is some tendency in the novels for heroines to possess the second set of virtues but to be somewhat lacking in the first set, which makes it difficult for them to achieve worldly success, typically in the form of an advantageous marriage; yet they often prevail in that sphere. This may be Austen giving in to fantasy—escaping the iron laws of her time and place. I don’t deplore this: such fantasies are part of urging a superior morality on one’s reader. We certainly applaud the marital success of her disadvantaged heroines, which reinforce the power of the virtues she esteems, particularly the moral ones. The coarsely advantaged should not be allowed to succeed at every turn. Second, I sense that Austen is alert to the perils of pride in the kind of person she favors—hence in herself. Just as her more worldly characters often exhibit pride in their possessions and titles, so the intelligent and witty ones may feel pride in their superiority, whether earned or not. There is a strong strain of moral elitism running through Austen’s work, which ignites the reader’s own sense of self-pride, and like all pride, it must not overreach itself. Some degree of pride is acceptable, but it must not inflate itself out of all proportion. I think Austen is troubled by this danger and works to prevent her good characters from falling prey to it; and she is prey to it herself, and well aware of that fact. The difficult question is how to prevent it. The subtext of her novels is the problem of humility, which she never completely resolves. Nor do we wish her to. We like her the way she is.