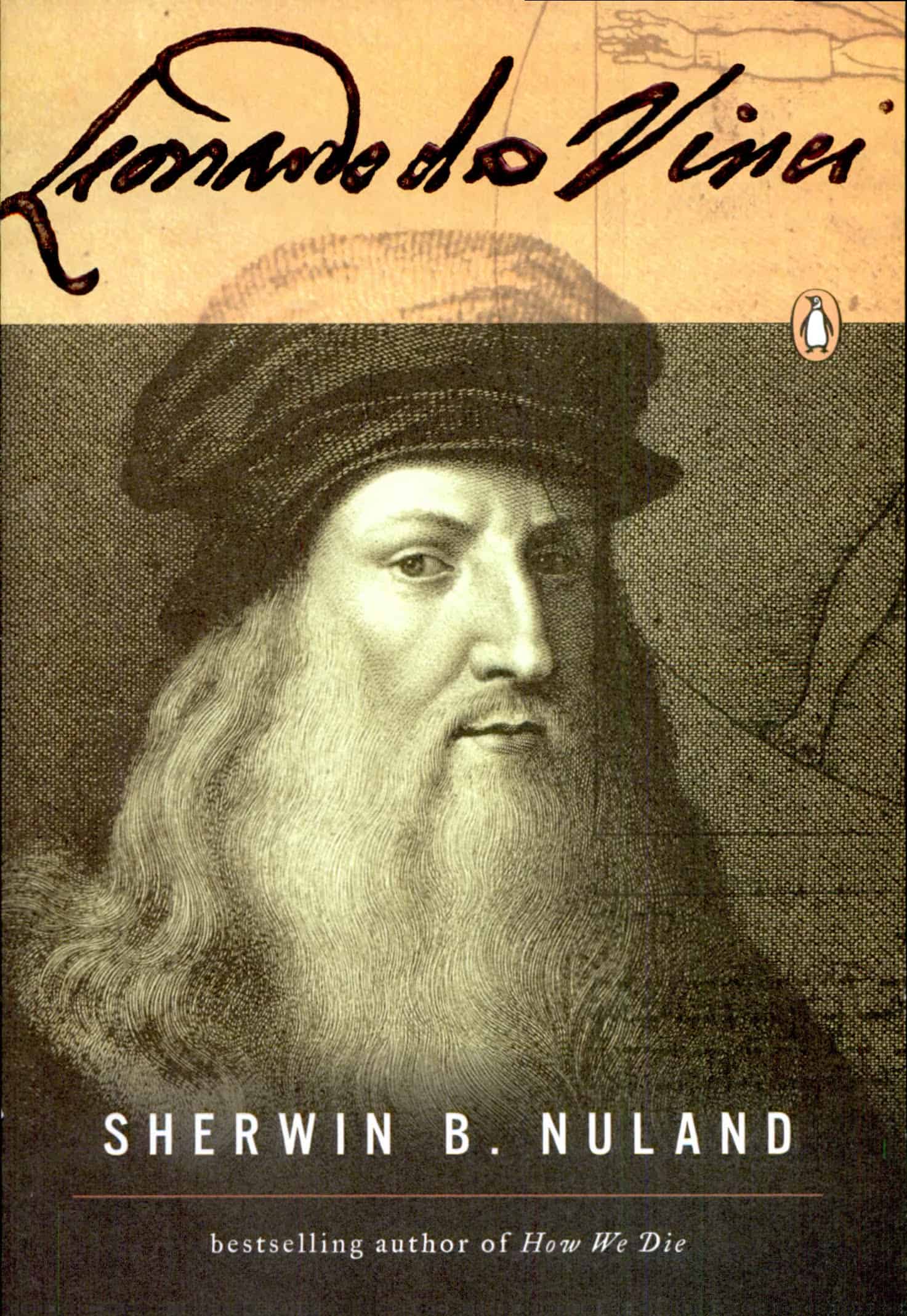 Dr. Sherwin Nuland described his writing to Sara Ivry in an interview (October 21, 2005, Nextbook.org) in this way, “I have . . . the kind of mind that everything I read, whether it’s medicine or politics or whatever, ends up synthesized. All of my books are essentially what the French call ‘vulgarization.’ It doesn’t mean the same thing as it does in English, it means kind of something halfway between popularizing and condensing.” His biography Leonardo da Vinci is true to type.

Dr. Nuland tells us, “The present biography focuses on Leonardo’s anatomical studies, an area in which a rich trove of treasures, large and small, is to be found.” (167) He breaks his book into three subject sections: Leonardo’s life history, his manuscripts, and his anatomical studies. With a subject as bare of facts as the life of Leonardo, there is much room for speculation. Dr. Nuland doesn’t take this bait, even in areas as tempting and rife with hypothesis as for whether or not he was homosexual and what the causes might have been, as can be seen in Freud’s Leonardian theorization. Our author recounts, briefly but adequately, Leonardo’s life from birth to death, all the while recalling the haze of uncertainty around dates and specific events. He guides us through Vinci, Florence, Milan, Rome, and finally Cloux, wherein Francis I, king of France, “Leonardo at long last found a patron worthy of his genius. It was too late for accomplishment but not too late for honor. In the remaining two and a half years of his life, he was treated like the revered emeritus professor he had in essence become.” (93)

The book’s briefest chapter, entitled “The Manuscripts,” shows Nuland’s appreciation for Leonardo’s written and drawn observations. He addresses Leonardo’s note-taking habits, his mirror writing, his (and others’) attempts at compilation, and the tragedy—it can be seen as nothing less—of what has been lost. Interesting to note Nuland’s observations as to whether Leonardo’s mirror writing was intended to make his thoughts as difficult to read as possible. He relates, “[Giorgio] Vasari [who in 1568 wrote the first biography of Leonardo] wrote that he had been a heretic, and more philosopher than a Christian; some must have thought him a crypto-atheist; not a few of his notions were far from the church. This is a man, it will be recalled, who wrote, long before Galileo was accused, ‘The sun does not move.’” (103)

Dr. Nuland, in his discussion of Leonardo’s anatomies, brings clearly to view how extraordinary such studies were at the time. The man who began his study of anatomy to bolster his art used his artistic genius to bolster his anatomical investigation. Never before had detailed drawings been made directly from the opened human body. Our author escorts us to the outer fringes of irony when he relates Oliver Wendell Holmes’ review of Gray’s Anatomy in 1859. Holmes speculated that students would use illustrations at the expense of text, and pointed out that “two of the most successful anatomical books ever published” had not a single illustration. Conversely, Leonardo: “I remind you not to involve yourself with words, unless you are speaking to the blind.”

Dr. Nuland’s book has no new revelations about Leonardo; it doesn’t claim to. Though it is not scholarly, it is a worthy and enticing starting place for Leonardo studies. As an overview of Leonardo’s journey from artist to scientist, it is coherent and insightful and will probably encourage most readers to lay hold on more Sherwin Nuland writings.

Sandra Scott is a freelance writer and editor who lives in rural central Texas.