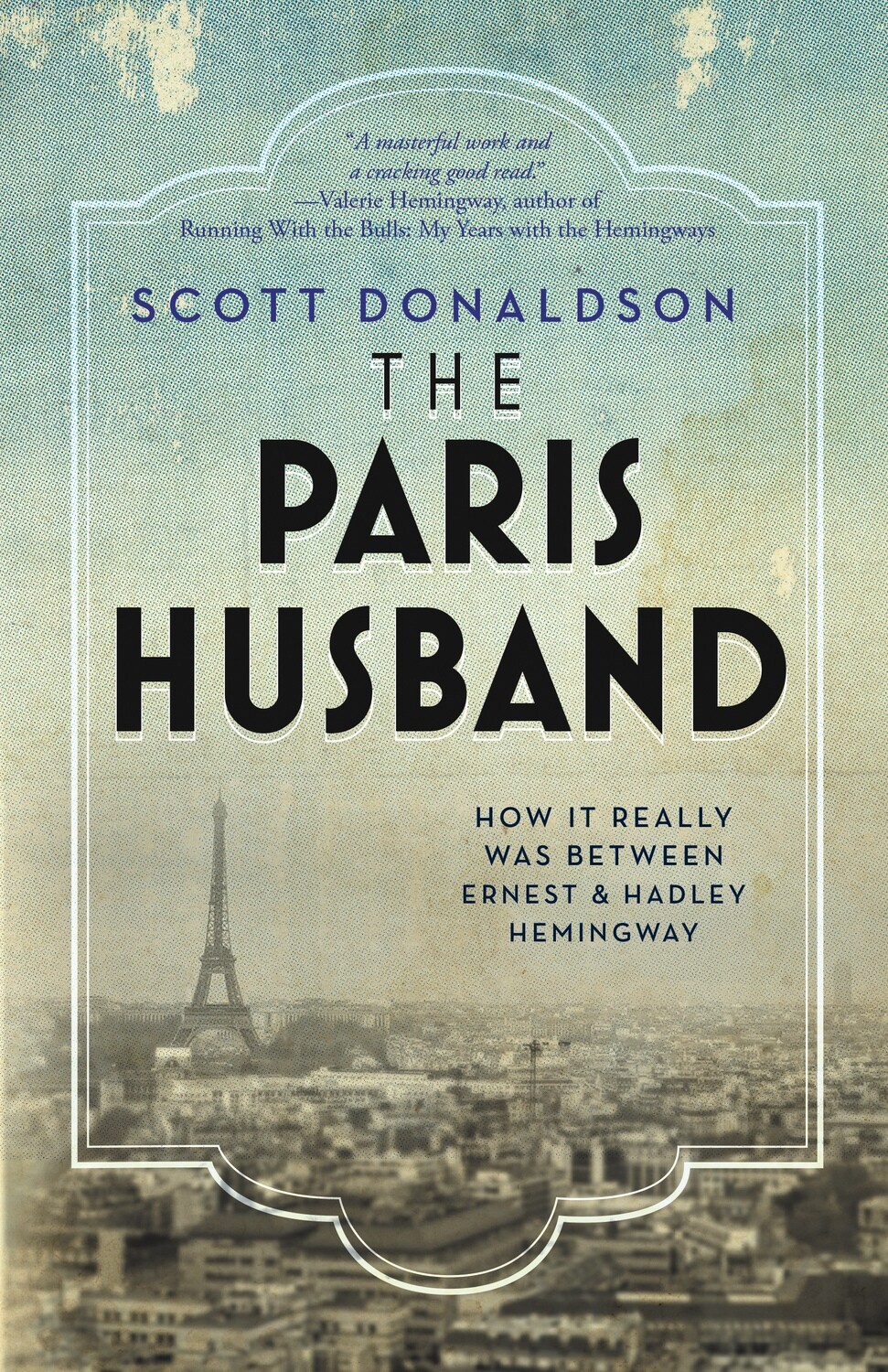 —Valerie Hemingway, author of Running With the Bulls: My Years with the Hemingways

Ernest Hemingway was not only one of the most important 20th-century American writers, but also a man whose adventurous and colorful life has become the stuff of legend. War correspondent, ambulance driver, and big-game hunter, he was married four times and his love life was inextricably bound up with his artistic endeavors. His first marriage to Hadley Richardson—with whom he lived in Paris in the early 1920s—has long fascinated readers. Their passionate, complicated, and ultimately “doomed” relationship coincided with Hemingway’s formative years as a member of the so-called Lost Generation, and the failed marriage had a lifelong impact on the man and his writing.

In The Paris Husband, author and Hemingway scholar Scott Donaldson deftly separates fact from fiction to present a spellbinding and clear-eyed account of this seminal period in Hemingway’s life. Brilliantly utilizing all essential primary and secondary sources—including the author’s notebooks and drafts—Donaldson breathes new life into this ageless story, providing revelatory insights into Hemingway’s character and exploring the nuances of a magical, yet troubled, love affair.

For anyone interested in Hemingway’s development as an artist and why, as an older man, he continued to revisit this transformative and painful episode in his life, The Paris Husband is a lucid, accessible, and compelling narrative that will engage both diehard Hemingway fans, as well as those just discovering this iconic writer.

Biographer and critic Scott Donaldson has written and edited eighteen books on 20th-century American authors, including five about Ernest Hemingway’s life and work. His latest book—The Impossible Craft: Literary Biography (2015)—recounts the frequent trials and rare triumphs of those who write life stories of great authors.