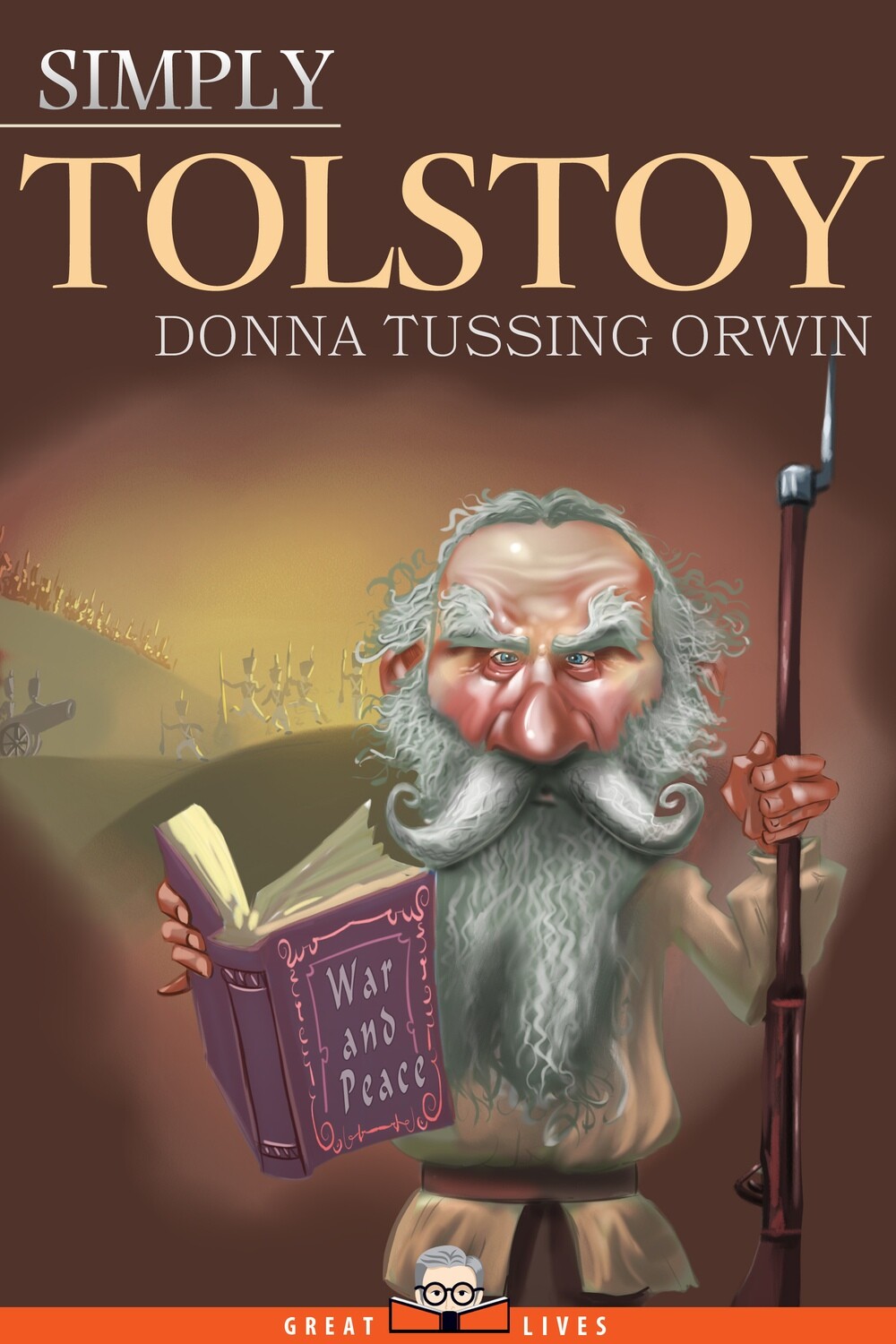 Count Leo Tolstoy (1828-1910) was born at Yasnaya Polyana, his ancestral estate located about 120 miles from Moscow. While he would live and travel in other places over the years, he always considered this family residence in the Russian heartland as his home. His lifelong quest for truth and meaning began while he was a university student. Subsequent experiences as an artillery officer in the Caucasian and Crimean Wars, and time spent in St. Petersburg and Europe, broadened his perspective and profoundly influenced him.

In Simply Tolstoy, Professor Donna Tussing Orwin traces the author’s profound journey of discovery and explains how he mined his tumultuous inner life to create his great works, including War and Peace, Anna Karenina and The Death of Ivan Ilych. She shows how these books, both fiction and nonfiction, are not autobiographical in the conventional sense, but function as snapshots of Tolstoy’s state of mind at specific points in his life. The story she tells is, inevitably, intertwined with the story of Russia, a country also in constant search of its identity.

Mixing biography, literary analysis, and history, Simply Tolstoy is a satisfying read for those already familiar with the author’s work, as well as an accessible and thoroughly engaging introduction to a literary giant who was also a tireless and uncompromising seeker of truth.

Donna Tussing Orwin is Professor of Russian Literature in the Department of Slavic Languages and Literatures at the University of Toronto. She is the author of Tolstoy’s Art and Thought, 1847-1880 and Consequences of Consciousness: Turgenev, Dostoevsky, Tolstoy. She also edited The Cambridge Companion to Tolstoy and Tolstoy Studies Journal. A member of the Royal Society of Canada and recipient of the Pushkin Medal for her work in disseminating Russian culture, Orwin has helped organize conferences in Russia, Canada, and the United States.