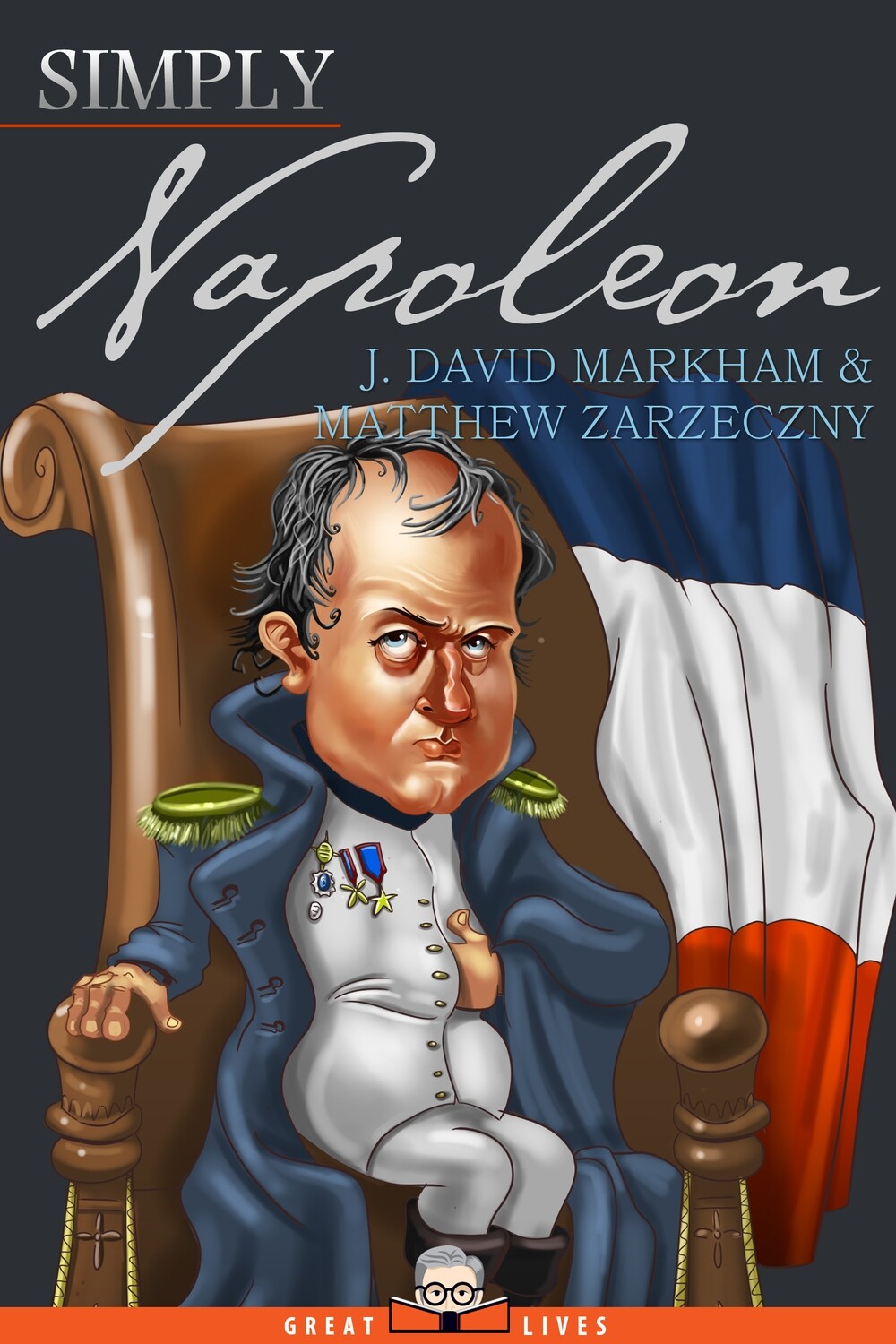 The first emperor of France and one of the shrewdest military leaders of all time, Napoleon Bonaparte (1769–1821) eventually came to control much of Europe. In Simply Napoleon, authors J. David Markham and Matthew Zarzeczny tell Napoleon’s story, from his birth on the island of Corsica to his eventual imprisonment and death on the island of Saint Helena.

They explain how the famed military commander’s unique combination of determination, intellect, and personal charisma allowed him to rise from a provincial village to become a powerful and authoritative ruler. While taking an overall positive view of Napoleon, Markham and Zarzeczny also make it a point to draw attention to his mistakes and their consequences, providing a balanced picture of this complicated figure who was both a product of his times and a man pointing the way to the future.

Marked by first-rate scholarship, as well as a highly readable and accessible style, Simply Napoleon is an exceptional introduction to Napoleon and his times—a study that not only illuminates a key personality and period in modern history, but also helps us understand how modern Europe took shape.

J. David Markham is an internationally recognized scholar and writer and the president of the International Napoleonic Society. He has written, edited and/or contributed to ten books on Napoleon, including Napoleon for Dummies and The Road to St Helena: Napoleon after Waterloo. He has appeared in television documentaries, lectured at conferences and museums around the world, and co-created with Cameron Reilly the popular “Napoleon 101” podcast. In 2014, he was appointed a Knight in the Order of the French Academic Palms, France’s highest civilian-only award. He has also been awarded the INS Legion of Merit and the Napoleonic Historical Society Colonel John H. Etling Scholar Award, the highest academic recognition for the two groups.

A Fellow of the International Napoleonic Society and an adjunct instructor at Ashland University and Kent State University at Stark, in addition to John Carroll University, Matthew D. Zarzeczny has written widely on Napoleon Bonaparte. He is the author of Meteors That Enlighten the Earth: Napoleon and the Cult of Great Men and the owner of the popular website https://www.historyandheadlines.com.