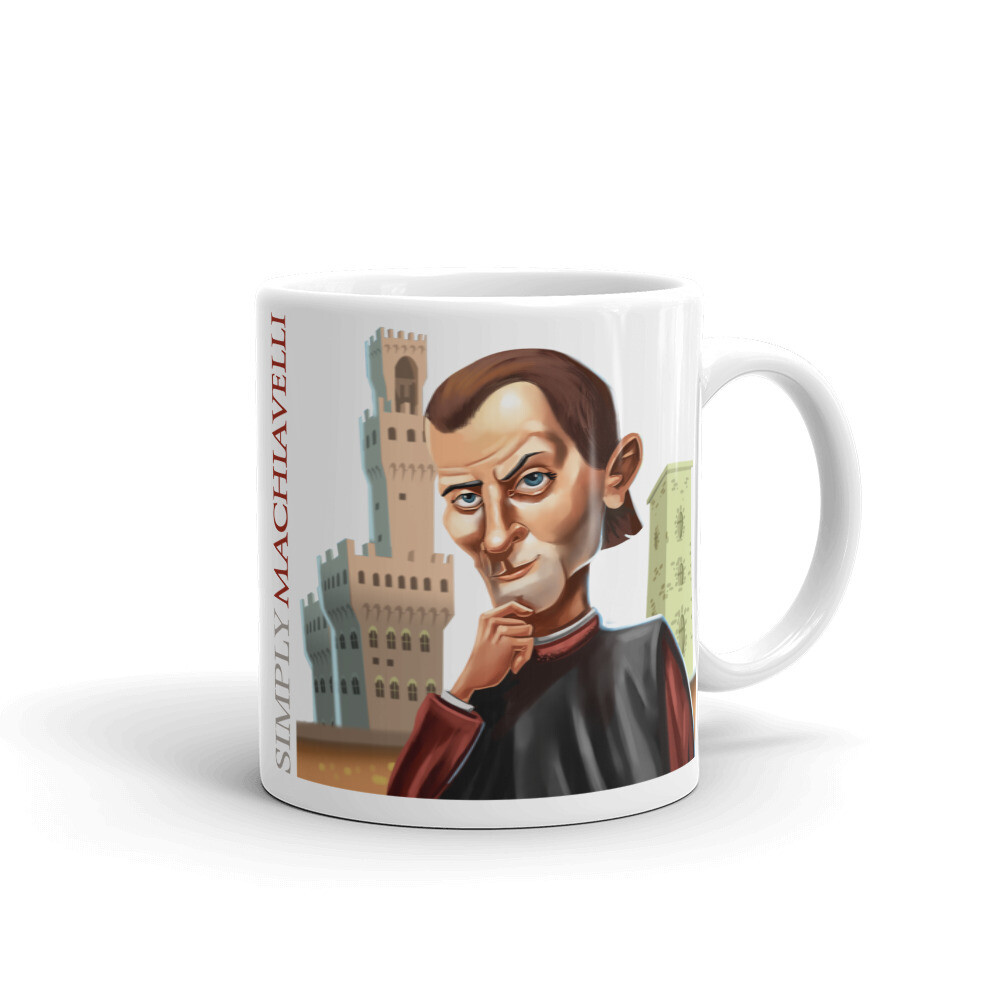 SKU 17521
$15.95
In stock
1
Product Details
Though his own political aspirations never quite took off, the writings of the Italian political philosopher Niccolò Machiavelli (1469–1527) established him as one of if not the most brilliant political thinkers of the Italian Renaissance. His masterpiece “The Prince,” written in exile, stands as one of the most influential political treatises ever penned, and his branch of philosophy became the basis of the “realpolitik” of the 20th century. Today the name “Machiavelli” conjures to mind images of a ruthless, pitiless manipulator—precisely the kind of public image Machiavelli believed a ruler should maintain. Whether you're drinking your morning coffee, evening tea, or something in between – this mug's for you! It's sturdy and glossy with a vivid print that'll withstand the microwave and dishwasher. • Ceramic • Dishwasher and microwave safe • White and glossy
Save this product for later
Display prices in: USD