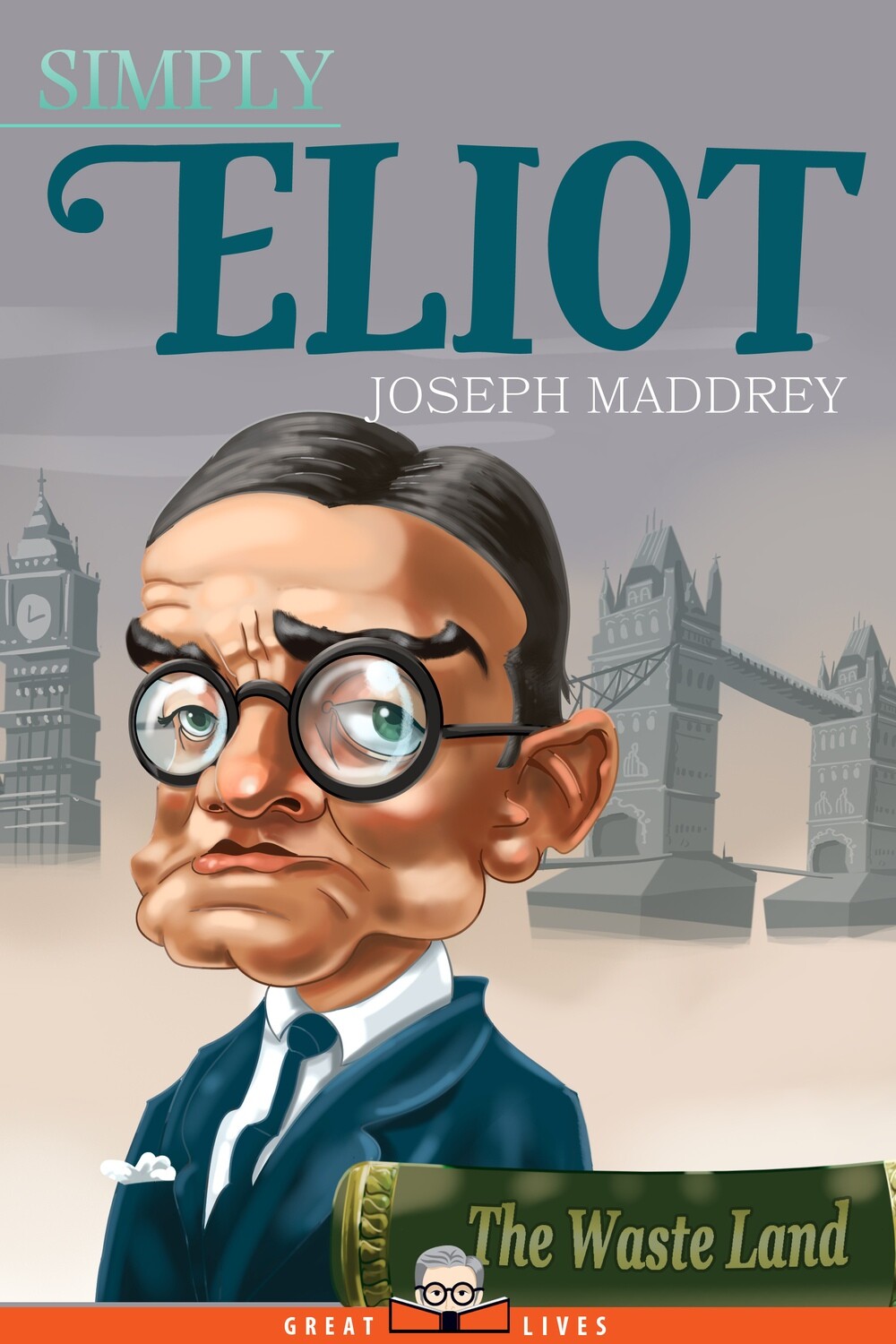 “The next time I teach Eliot to undergrads I will assign this swift, witty, enjoyable invitation to T. S. Eliot’s work and thought. Maddrey knows everything about Eliot, but he grinds no axe which frees professors and students to grind their own. Scrupulously footnoted for professional use, not short but concise, it is stuffed with unfamiliar and apt quotations. Maddrey quotes a 1949 interview about The Cocktail Party, in which Eliot said, ‘If there is nothing more in the play than what I was aware of meaning, then it must be a pretty thin piece of work.’ There’s the New Criticism in 25 words, 21 of them monosyllables. Eliot asks us to quit asking what he thought and to do some thinking ourselves. This book will help.”
—George J. Leonard, author of Into the Light of Things and The End of Innocence. Professor of Interdisciplinary Humanities, San Francisco State University

Though he was born in St. Louis, Missouri and attended Harvard University, at the age of 26, Thomas Stearns Eliot (1888–1965) emigrated to England, where he lived and worked for the rest of his life. Influenced equally by his formative years in the New World and his experiences in London during and after World War I, Eliot strove to reconcile a variety of conflicting ideas while trapped in an unhappy marriage—a struggle that gave rise to some of the greatest poems of the 20th century.

In Simply Eliot, Joseph Maddrey plumbs the emotional and intellectual life of the man whom critic Edmund Wilson called "one of our only authentic poets.” Taking The Waste Land (written in the aftermath of World War I) and Four Quartets (published 1936–1942) as reference points, Maddrey chronicles Eliot's attempts to create a coherent worldview, and explores how his religious conversion in 1927 led to a spiritual rebirth that allowed him to produce his ultimate poetic statement.

Making use of previously unavailable materials, including over 5,000 personal letters, Maddrey offers an intimate and incisive portrait of Eliot, and illustrates his continued relevance as both a Romantic and Classical poet, as well as a religious and spiritual thinker.

Joseph Maddrey is a freelance writer, TV producer and author of several books, including The Making of T.S. Eliot: A Study of the Literary Influences (2009).