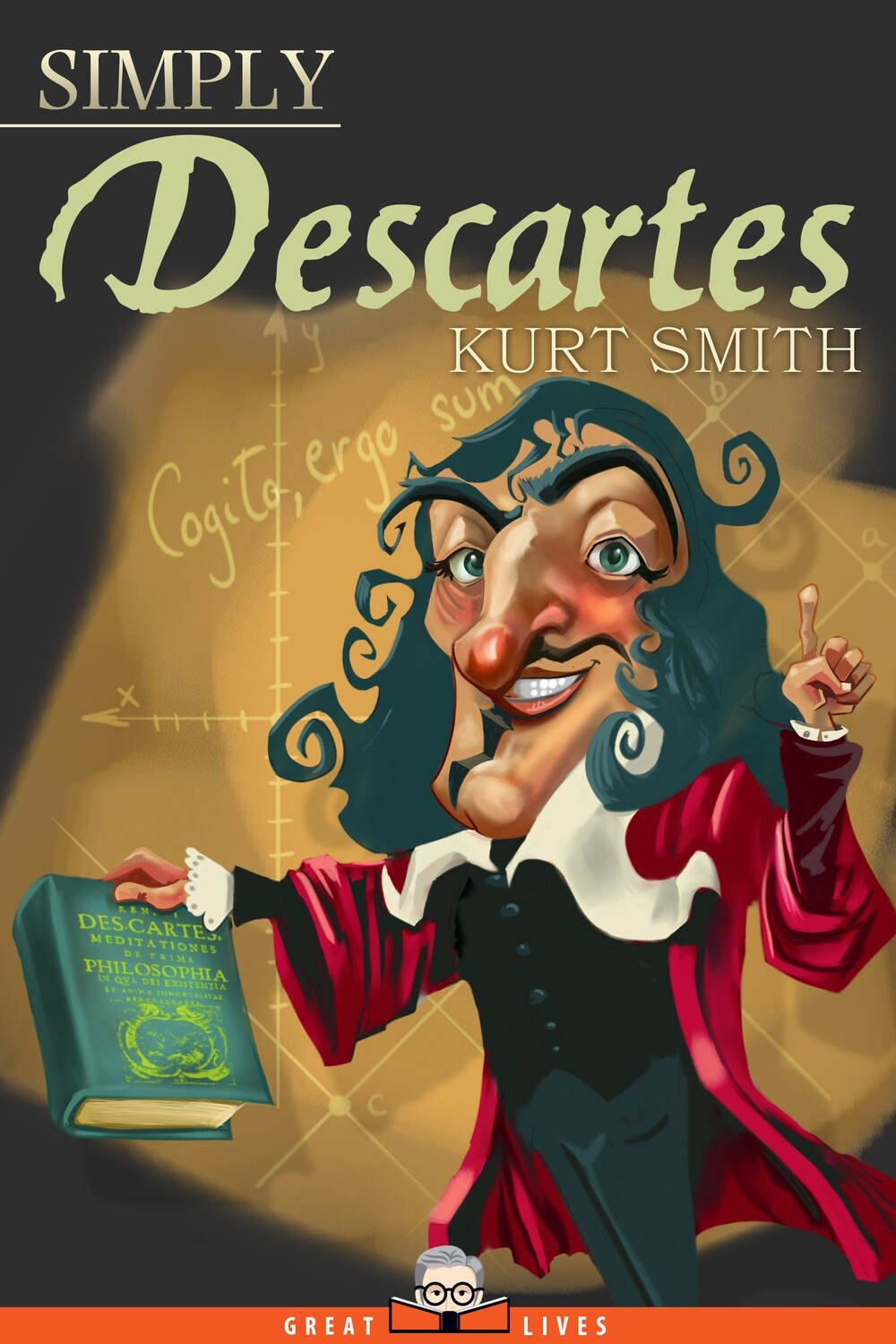 “Simply Descartes is the perfect one-stop shop for all matters Cartesian. Smith presents Descartes’s entire system from the ground up, building from metaphysics and epistemology to physics and morality. In some ways, he even goes one step further than the master himself for, with the benefit of hindsight and of the work of leading scholars, Smith reconstructs the system in a neat, orderly, clean and concise way, extracting the disparate pieces from Descartes’s many works scattered over many years. For those seeking entry into Descartes, or into philosophy in general, as well as for those seeking a refresher on this foundational thinker, you can do no better than this book.”
—Andrew Pessin, author of The Irrationalist: The Tragic Murder of René Descartes and Professor of Philosophy at Connecticut College

René Descartes was born in La Haye en Touraine, France, on March 31, 1596. He attended a Jesuit college and studied law for two years, but he soon gave up formal academics to immerse himself in “the great book of the world.” In 1618, he joined the army, where he became interested in military engineering and expanded his knowledge of physics and mathematics. Then, one night in 1619, he experienced what he described as divine visions, which inspired him to create a new mathematics-based philosophy. He spent the next 30 years writing a series of works that radically transformed mathematics and philosophy and, by the time of his death in 1650, he was recognized as one of Europe’s greatest philosophers and scientists.

In Simply Descartes, Professor Kurt Smith offers the general reader an opportunity to get better acquainted with the philosophy of the man who, as much as any individual, helped shape our contemporary way of thinking. Written in simple, nonacademic language and based on the best recent scholarship, Simply Descartes is the ideal introduction to Descartes’s life and work—from the famous Cogito (“I think, therefore I am”) to the development of analytic geometry, to the nature of God.

Not to mention which, if you’ve ever wondered whether all living things are nothing more than fancy machines, or whether life is really a Matrix-like dream, you’ll be amazed to discover that a 17th-century philosopher was asking (and answering) the same things!

Kurt Smith is professor of philosophy at Bloomsburg University of Pennsylvania. He earned his BA at UC Irvine, and his MA and Ph.D. in philosophy at Claremont Graduate University. He is the author of Matter Matters: Metaphysics and Methodology in the Early Modern Period (2010) and has written numerous articles and contributed to books focused on Descartes and the modern period. He is currently working on a book about various conceptions of the unconscious as they emerged in the modern period.