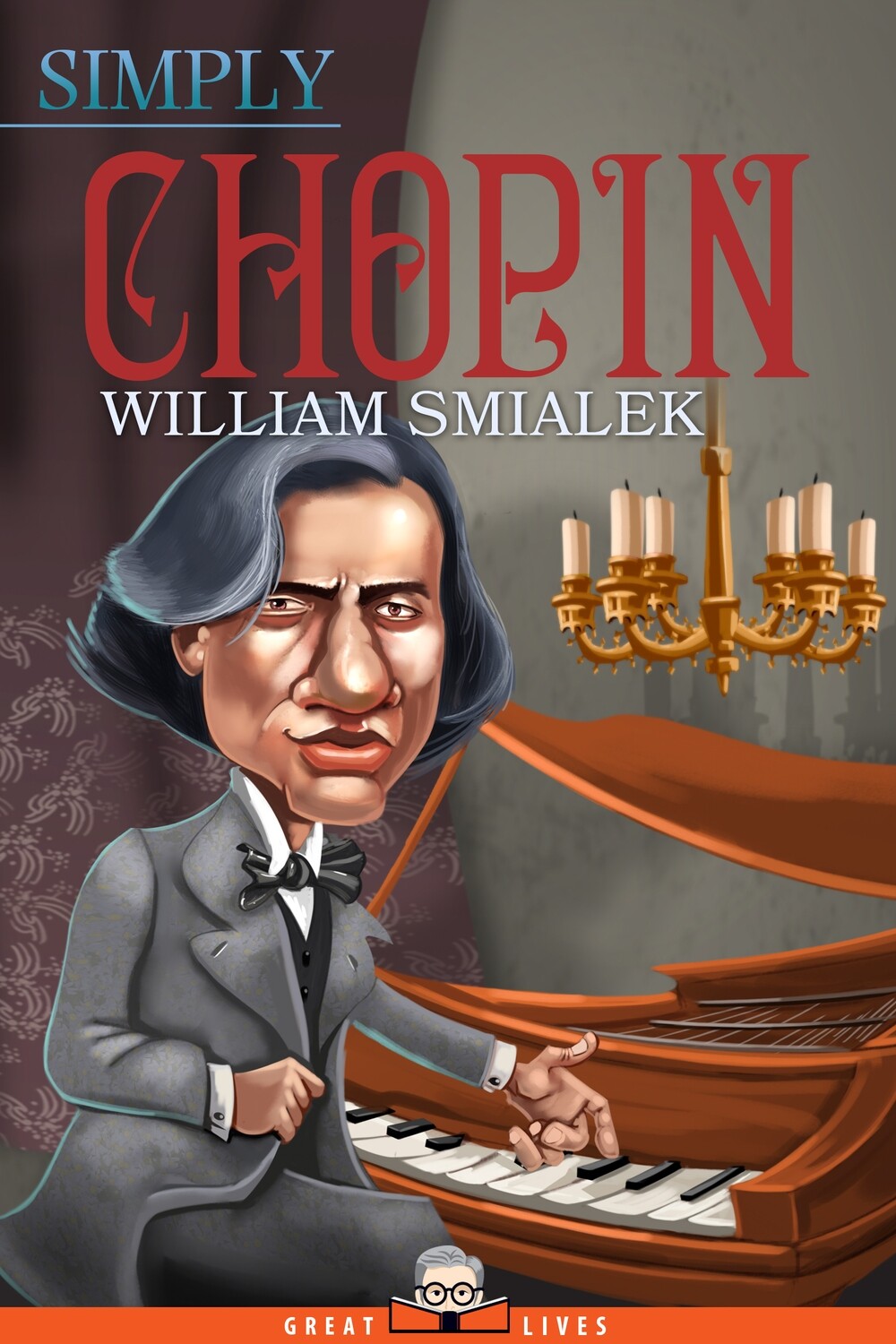 Born in a small town near Warsaw, Frédéric Chopin (1810-1849) was a musical prodigy who began giving public concerts and composed his first piano pieces at seven. Following studies at the Warsaw Conservatory, he left his native Poland in 1830, eventually settling in Paris, where he lived for the rest of his life. There he cultivated friendships with prominent musicians and intellectuals of the period and quickly achieved renown as a virtuoso performer and pioneering composer. However, by 1842, his lifelong health issues had become increasingly serious, and his brilliant career went into a precipitous decline, concluding with his untimely death at thirty-nine.

In Chopin, Dr. William Smialek presents an accessible and revealing portrait of a musical genius, including his artistic development, his tempestuous love life, and his towering artistic achievements. Relating Chopin’s life story to his historical place and time, Dr. Smialek intimately chronicles his influences and significant relationships, in particular, his long love affair with the writer George Sand. The book also draws on recent research to explore the compositional technique displayed in Chopin’s piano compositions, with commentary on his most important works.

Intended for a general readership, Simply Chopin is both a lucid introduction to a giant of classical music and an insightful look at a key moment in musical history, as nineteenth-century Europe turned toward Romanticism and the powerful idea of nationalism.

William Smialek is emeritus vice president and professor of music at Jarvis Christian College in Hawkins, Texas. He received his Ph.D. in musicology from the University of North Texas and was a Fulbright Scholar in Poland in 1979-80. His books include Frédéric Chopin: A Research and Information Guide (2015), Ignacy Feliks Dobrzyński and Musical Life in Nineteenth-Century Poland (1991), and The Symphony in Poland (1982). Dr. Smialek's scholarly work also includes papers and reviews on nineteenth- and twentieth-century music and culture in Eastern Europe.