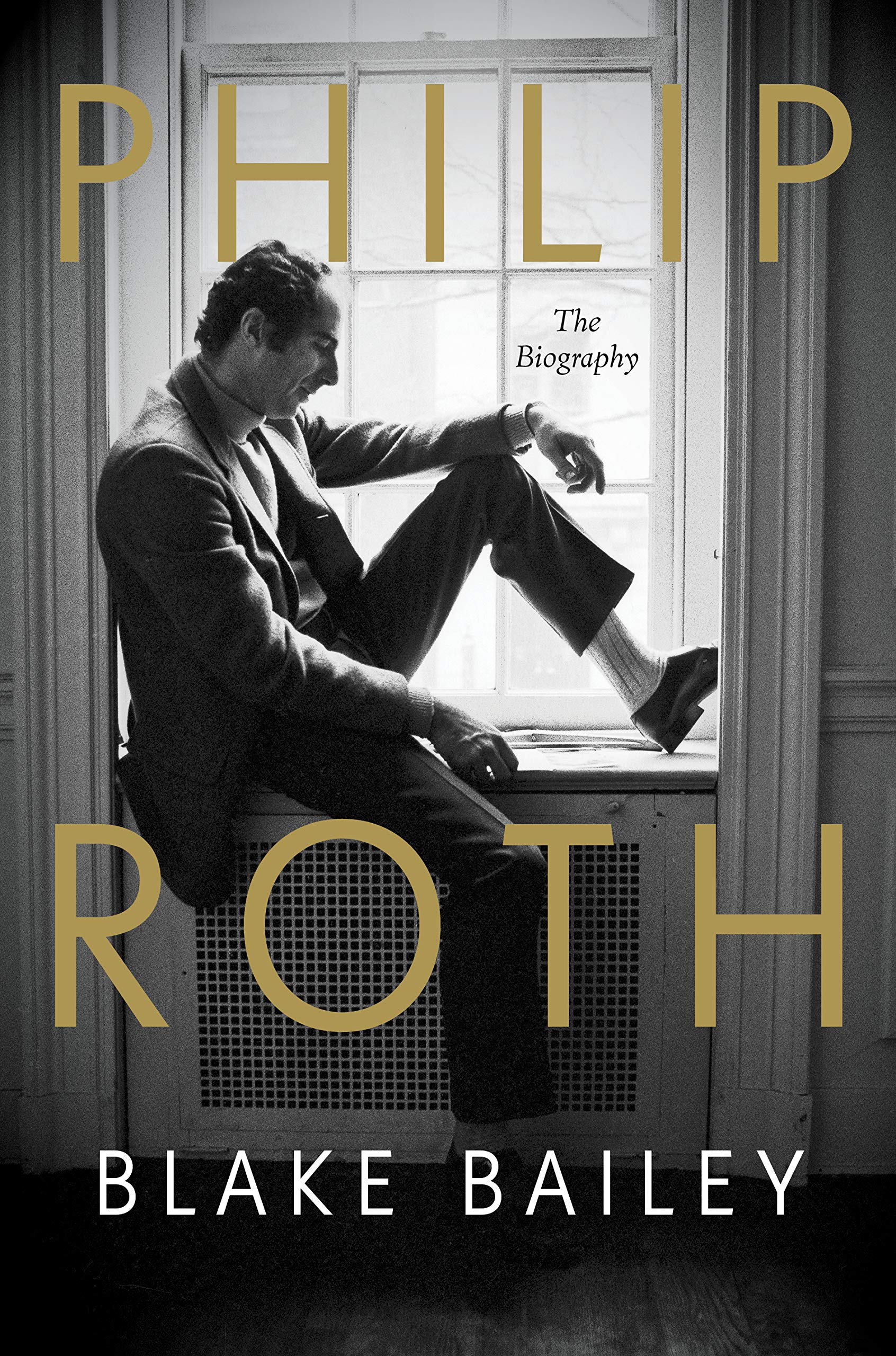 A biography of Philip Roth (1933-2018) might begin ála Dickens: It was the best of lives; it was the worst of lives. Winner of the National Book Award for his first book, Goodbye Columbus (1959), Roth was hailed as the successor to his older fellow Jewish novelists, prize winners Saul Bellow and Bernard Malamud. Yet, at the same time, Roth came under ferocious attack as a self-hating Jew, with prominent rabbis and other critics calling not merely for his condemnation but his silencing. They did not see Roth’s humor and even his affection for Jewish characters that were, by turns, manipulative, complacently conformist, and with a grit and nobility not that different from the characters in Winesburg, Ohio, the Sherwood Anderson classic that Roth treasured.

Roth won many literary prizes, including a Pulitzer, although not the Nobel, which many of his distinguished fellow novelists and literary critics believed he deserved. The brilliantly salacious Portnoy’s Complaint (1969) and Sabbath’s Theater (1995) perhaps put him out of the running for that august award.

Roth had a wary view of biographers and wrote about their intrusiveness in Exit Ghost (2007). He knew before he died that he would have two seasoned biographers—one he wanted and chose, Blake Bailey (Richard Yates, John Cheever, Charles Jackson), and another he rejected, Ira Nadel (Leonard Cohen, Leon Uris, Tom Stoppard). In a Philip Roth novel, these contending biographers might well have engaged in a lubricious competition—doing battle over the dark and light features of their subject’s seamy life and work. I switched back and forth in my reading of Bailey and Nadel to try out that contested terrain, and though decided differences between the two are detectable, both biographers emerge with their professionalism and perceptivity intact.

Because Roth drew extensively on aspects of himself and often situated his characters in the Jewish Newark he grew up in, the boundary between fact and fiction became occluded, especially in The Facts: A Novelist’s Autobiography (1988) and Patrimony: A True Story (1991) about his father Herman. Neither book is straight fact because both are stories—that is, narratives with lives of their own.

But Roth could not persuade a significant portion of the public that he was not Portnoy, the compulsive masturbator, or that he was not describing his own family life in that novel, even though its depiction of an overbearing Jewish mother bore little resemblance to his own. The hectoring parent in Roth’s family was Herman, whom Philip loved but had to get away from, beginning with his enrollment at Bucknell University in Lewisburg, Pennsylvania, a decent distance from Newark. Roth’s mother, when questioned about the mother in Portnoy’s Complaint, said simply that every mother is a Jewish mother. How’s that for a parent who understands the universality of literature?

Newark remained the abiding place in Roth’s fiction, beginning with those wonderful scenes in the Newark Public Library when a young black boy becomes entranced with books about Paul Gauguin. Both Bailey and Nadel record Roth’s enduring affection for Newark, a place of the imagination that he made authentic by constant trips home and consultations with a Newark historian. He left an endowment to the Newark Public Library, choosing it over more prestigious institutions. It is not a stretch to say that Roth was as loyal to his roots and his native postage stamp of soil as Faulkner was to the land of Mississippi. Both writers pursued a group of characters that interacted across their novels and built up a powerful and lasting fictional world that rivaled the reality of their lives. 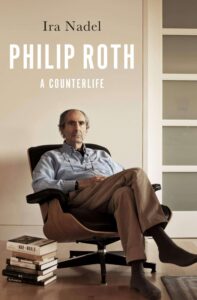 So, what is it actually like to read Bailey and Nadel side-by-side? It is sort of like watching a movie based on the same shooting script, but with two directors who make different selections of shots. You get more medium and long shots in Nadel as he pans over the Roth scene. He employs this method, in part because he did not have access to the interviewees available to Bailey, who could come calling with Roth’s imprimatur. Nadel, however, makes the most of the copious archival sources at the Library of Congress and elsewhere to serve up a distinct feeling and tone than is prevalent in Bailey.

A case in point is the fractious marriage and falling out with actress Claire Bloom. Her memoir, Leaving a Doll’s House (1996), portrayed Roth as a sadist, and brought to the public’s attention an unfaithful spouse—indeed a man incapable of fidelity. Roth retaliated by creating Eve Frame, an anti-Semitic actress, in I Married a Communist (1998), with many other characteristics that correspond to Bloom’s. Nadel treats the marriage and its aftermath as a folie à deux, slipping into the present tense to dramatize the intricacies of the contretemps:

The exchanges illustrate the games both played: Roth’s manipulation confronting Bloom’s selfishness. Neither can win, despite their surface expressions of support and endearment. It is unclear: does she genuinely want to comfort him, and does he genuinely love her? Or does she, too, want to leave him, matching his wish to abandon her? There is no single answer other than a confrontation operating at two different levels: his strategy to get rid of her, even if it means temporarily professing love, and her fear of abandonment necessitating outcries of needy support, even though she realizes it might bring further abuse. Each indulges the weaknesses of the other.

Turn to Bailey and I don’t believe you can find a similar passage. He gives full credit to Bloom’s feelings, but he sides with Roth. I don’t mean he is demonstrating that Roth is right, but that it is this biographer’s job to get as far inside Roth as is possible, so that Bloom, of necessity, becomes a bit blurred because, unlike Nadel, Bailey is not shooting the relationship in deep focus. In the kind of biography Bailey is writing, Roth has to be foregrounded. To put it another way, Nadel has hit upon an approach that perfectly serves his role as an outsider biographer, who has not, like Bailey, interviewed his subject many times and has had access to more sources. However, NOT TO EVERYTHING. Roth always withholds something, and some Roth material, as Bailey reveals, is embargoed for another thirty years.

Bailey’s method has its advantages. He gets very close to the grain, especially in Roth’s many, many affairs with women that started before his first traumatic marriage to a sociopathic woman who tricked him by passing off another woman’s positive pregnancy test as her own to get him to marry her. Her refrain turned out not to be paranoid: Her husband was going to fuck who he liked. Bailey does not stint in his interviews with women, many of whom remained close friends with Roth after the affairs ended. He was extraordinarily generous with them—with all his friends giving away thousands of dollars to get them out of debt and to support their endeavors in schooling, business—you name it. The respect accorded to Roth, the man and the writer, by Cynthia Ozick, Edna O’Brien, Zadie Smith, and Louise Erdrich (none of them his lovers) is impressive and moving in Bailey’s telling. Smith pays tribute to him as a liberating force. No mention is made of Anne Sexton, and I have to wonder since she is like the Portnoyed Roth in “The Ballad of the Lonely Masturbator.”

Loneliness is a pervasive theme in Bailey’s Roth—not in Nadel. At times, Roth felt as desperate as Sexton, having abjured marriage and yet yearning for a life partner. The word lonely recurs, early and late, in Bailey’s Roth, who is alone and lonely in 1974 when he first met Claire Bloom. Two years later, after three nights of dinners and after their going to bed, Bailey says:

Roth declared his love for her—but reluctantly, Bloom thought, his voice “suffused with pain”; still, given his love (however painfully expressed), she was startled when she overheard him chatting on the phone with his friend Philip Grausman, the sculptor, about a trip to the Caribbean they planned to take while Bloom was still in New York (albeit a month or more after her arrival, according to Roth’s diary). When she inquired, Roth explained that they’d rented a house on St. Martin quite a while ago and, yes, he was sticking to his commitment. In Doll’s House, Bloom complained of her being “treated in a strange and offhand manner” by a person who’d just professed his love for her; despite her misgivings, though, she soon wrote her “very dearest friend” from London that she’d had “a happy, lovely time,” and he invited her to Connecticut the following month. Meanwhile, he stayed up until 4:00 a.m. watching her play Richard Burton’s girlfriend in The Spy Who Came in from the Cold, and wrote Dick Stern that he’d found “a great emotional soul-mate.”

Bailey does not comment on the scene so much as present conflicting perceptions that make you wonder if Bloom, right then, understood her new lover or if he understood how what he said might affect her. Such is life, isn’t it? And Bailey is faithful to the nuances, the signs looked for and perhaps misread. It is all quite delicately done.