How to Read Marx 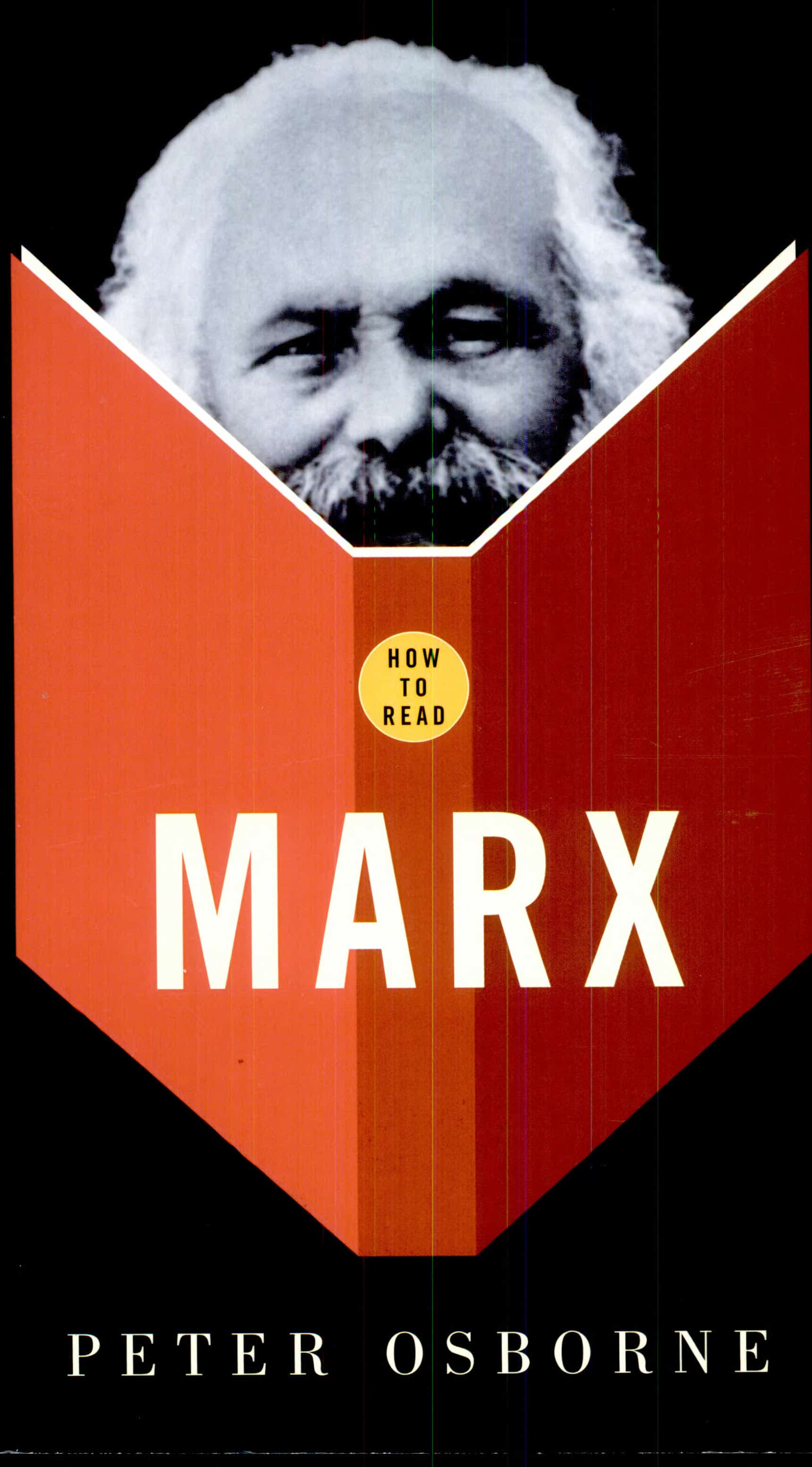 How to Read Marx

Karl Marx is much like the Wizard of Oz or the elusive thing-in-itself: whom you see depends on which glasses you wear. There’s the Critical Theory Marx, cross-bred with Freud and Nietzsche, filtered through the Frankfurt School and beloved of humanities departments. There’s the “official” Marx, codified under Stalinism as the state religion of the Soviet Union. There’s also the bogeyman Marx, hauled out by Republicans when marginal tax rates come up for discussion.

With all the ideological baggage that has accrued around Marx’s texts, approaching them in their original philosophical, historical and even literary complexity is no easy task. Peter Osborne, in How to Read to Marx, does an admirable job of circumventing the caricatures, obfuscations, and narrow agendas associated with the German thinker. Instead, through a series of interpretive dissections, he illuminates some of the key terms in Marxian discourse: “commodity fetishism,” “alienation,” “praxis” and “historical materialism.” In this book, Osborne, Professor of Modern European Philosophy at Kingston University in London, aims to retrieve stale political and academic buzzwords of the last century and reanimate them as living concepts for interdisciplinary inquiry.

The ambition is a timely one. General interest in Marx has revived, especially in the last few years. In the spring of 2011, Berlin’s Humboldt University held a conference titled “Re-Thinking Marx,” where scholars from around the world lectured an overflowing auditorium on such topics as “Marx and Freedom,” “Marx and Religion,” and “Marx and China.”  Two decades after the fall of the Berlin Wall, enough distance has been gained from the Cold War to reappraise its hot-button fixtures (like Marxism) without prejudice.  Or else it may be, as Osborne argues, that that the acceleration and expansion of global capitalism has made Marx more necessary than ever: “Many have assumed that the collapse of international communism consigned Marx’s writings to merely archival significance. Yet Marx was never a theorist of actually existing state socialism…[but] first and foremost a critical analyst of capitalism, a theorist of its social dynamics.”

Indeed, the social dynamics of capitalism come into particular focus under crisis conditions. When rioting and looting hit England in the summer of 2011, there was discussion of “commodity fetishism” arousing implacable lust for iPods and flat-screen TVs. Though many Marx experts have explained why this is not the right way to use the phrase, Osborne does it especially deftly in his chapter on the subject. “Commodity fetishism” is not a version of sexual fetishism and does not have to do with the unnatural investment of desire in consumer goods (in the way the sexual fetishist invests desire in the wrong sexual object.) For some reason, however, the misunderstanding is hard to dispel.

To clarify the significance of the odd term “fetish” in Marx’s usage, Osborne goes back to the context(s) in which Marx most likely came across it, tracing the term to encounters between Western explorers and West African tribes who (seemingly) attributed special powers arbitrarily to ordinary objects.  This animistic religious practice was labeled “fetishism” by the Frenchman Charles De Brosses, whose book On the Cult of the Fetish Gods: or the Parallel of Ancient Egyptian Religion with the Modern Religion of Negritie Marx ended up reading. As Osborne tells it, Marx first appropriated the idea of “fetish” to lambast Rhineland forest owners for their greedy obsession with wood. But crucially, by the time he used it in Capital, the concept had become more sophisticated.

Thus, when Marx famously writes, “A table continues to be wood…but as soon as it emerges as a commodity it…stands on its head and evolves out of its wooden brain grotesque ideas,” he is still talking about a mysterious (or magical) transmutation akin to that undergone by a primitive fetish object. But the mystery is not how the table takes on properties that make it irrationally desirable to possess them. Marx is explicit about this. It is rather how, by entering into the capitalist system of exchange, the commodity acquires an abstract value that obscures the specific human labor required to produce it for other humans. In Marx’s words, “it is nothing but the determinate relation between people themselves, that assumes here the fantastic form of a relation between things.”

The role of the commodity as a mystic “hieroglyph” that encrypts social relations is so important because (as we learn in the subsequent chapter) social relations are the “Real” of Marxian philosophy. Sociality is the primary characteristic of Marx’s “new materialism,” which broke with Feuerbach (Marx’s immediate predecessor) and Kant (the father of the late Enlightenment), and their focus on individuality and autonomy.  As Osborne rightly emphasizes, Marx’s materialism is different from the basic assertion that the universe is made of matter; still less does it refer to a doctrine in which all culture, politics, and thought are determined by the forces of production (though this was the misreading popularized under Stalinism).

Closer to Marx’s original idea is recognition that humans, unique among species, must collectively produce their being out of the raw stuff of nature, a necessity that sets in motion the evolving totality of human relationships that Marx terms “history.” When this notion of history is said to be “dialectical,” the intended meaning is that it develops through the kind of dynamic interaction between subject and object described by G.W.F Hegel—a major philosophical influence on Marx. In dialectics, the subject (or Spirit) comes to know itself by separating from itself through activity in the objective world (which for the idealist Hegel is really just another face of the Spirit).

Marx transposes this idea onto capitalist production.  Osborne analyzes how Marx takes Hegel’s usage of entfremdung, or “alienation” (meaning loss of self within society) and merges it with the term’s usage within political economy, where it signifies market exchange. Thus producing goods for market exchange (commodities) entails the loss of the self—which depends on genuinely collaborative and transparent creativity. In the Hegelian twist, of course, this very loss is how capitalist workers come to know themselves as material beings defined solely by their own mental and physical labor. In the Marxian re-twist, this knowledge can only be consummated in the act of abolishing the mystification of commodity exchange and the system of private property that underlies it; in other words, through political revolution.

One can, of course, resist Marx’s final utopian conclusion and still derive benefit from his sequence of insights. Osborne lays out their subtle logic with excellent clarity and a minimum of oversimplifications. His book can only be recommended, not just for wide-eyed radical students, but also those across the political spectrum—and even for seasoned theorists who assume they know what Marx was all about.