The Sphinx on the Table: Sigmund Freud’s Art Collection and the Development of Psychoanalysis

The Sphinx on the Table: Sigmund Freud's Art Collection and the Development of Psychoanalysis

Janine Burke’s examination of Sigmund Freud is part biography, part art history, and part analysis of Freud, the man. She has opened up new territory by choosing to study Freud’s life and ideas through a focus on his collection of art and antiquities. Using the excellent metaphor of psychoanalysis as archeology, Burke presents us with a new perspective of a man who was arguably one of the strongest influences on the intellectual history of the 20th century.

In a typical analytic fashion, Burke, the award-winning author of 15 books on art history, biography, and fiction, begins by describing Freud’s childhood in Freiburg, Moravia. “Freud built the entire edifice of psychoanalysis on childhood memories; by the age of three, the compass was set,” Burke writes. She believes Freud constructed a fairy tale of his earliest years in Freiburg by ignoring the reality of its anti-Semitism and transforming its forests and mountains into what he characterized as an “undisturbed golden age.” It was a serious blow to Freud when his father’s business failure forced the family to move to the city. Freud made his dislike of Vienna known throughout his life and took any opportunity to vacation in the country; his own children remarked on how much lighter their father’s mood became once they left the city.

Burke characterizes Freud as a man of contradictions. Self-described as a “godless Jew,” he spent much of his life investigating religion. Despite being the “father of the twentieth-century mind,” he surrounded himself with the artifacts of ancient cultures; and although he was always ready to place the origins of his patients’ psychological discomforts in the dark realms of sexuality, he was reluctant to consider the issue in his own life. In perhaps one of the most Freudian of Freudian analyses, he psychoanalyzed his own daughter Anna when she decided to become an analyst herself; an analysis was a requirement for all those studying for that role. Anna and her father kept these sessions secret from their colleagues.

Burke believes Freud’s connection to nature was responsible for awakening his appreciation of beauty. He attempted to duplicate that beauty later in his life by collecting beautiful things. The author also notes that nostalgia which “saturated Freud’s memories of Freiburg” had “created a sentimental hankering for the past,” and ultimately spurred him to collect artifacts from ancient cultures as “souvenirs of the childhood of civilization.” His lifelong interest in antiquity, myth, and archeology resulted in a collection numbering more than 2,000 pieces of sculpture, reliefs, papyrus fragments, prints, and precious stones.

Burke provides many details of Freud’s family life, both with his parents and siblings and with his own wife and children. As another example of his dual personality, she contrasts the conventional decor of Freud’s household with the exotic and temple-like ambiance of his consulting room where he saw his patients. That is where his collection of antiquities was located; these artifacts were found nowhere else in the house. Burke links Freud’s acquisition of antiques with important events in his life. He began collecting in earnest just after the death of his father and added considerably to the collection throughout the 1890s while he was writing The Interpretation of Dreams. Several pieces, the author suggests, are related to Freud’s dreams about his mother.

The book covers Freud’s relationships with his colleagues, the friendship and rift with Jung, his patients—including the poet H.D. (Hilda Doolittle), -and his admirers, particularly the surrealist painter Salvador Dali, who considered Freud to be a father figure. H.D. wrote several poems about Freud and has left the only detailed record of the psychoanalytic process from a patient’s point of view. Burke also provides considerable information about the Freud family’s experiences during the Nazi era, including the arrest and imprisonment of daughter Anna, and Freud’s flight to London where he spent the last days of his life. His concern about being able to take his collection with him is notable.

Burke has included pages of photographs of Freud’s collection, but illustrations of several pieces that are given considerable coverage in the text are not provided. This is somewhat frustrating but represents a minor flaw in an otherwise fascinating perspective of a great 20th-century intellectual. Perhaps the most memorable illustrations are those depicting Freud’s desk. When he sat at his desk, his “old and grubby gods” were directly in front of him. He chose his favorite pieces to face him, perhaps as inspiration. As the author describes it, “Freud was not alone when he entered the sea of dreams. His companions were the gods of Egypt, Greece, and Rome.”

This is an enlightening book that provides both an excellent introduction to Freud’s life for those who may be unfamiliar with his biographical details and a new approach that is likely to fascinate more knowledgeable Freud scholars and art historians. 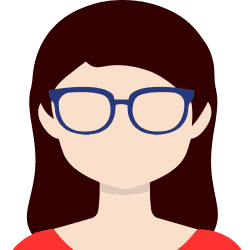 Stephanie Korney is a freelance writer and historian living in California.