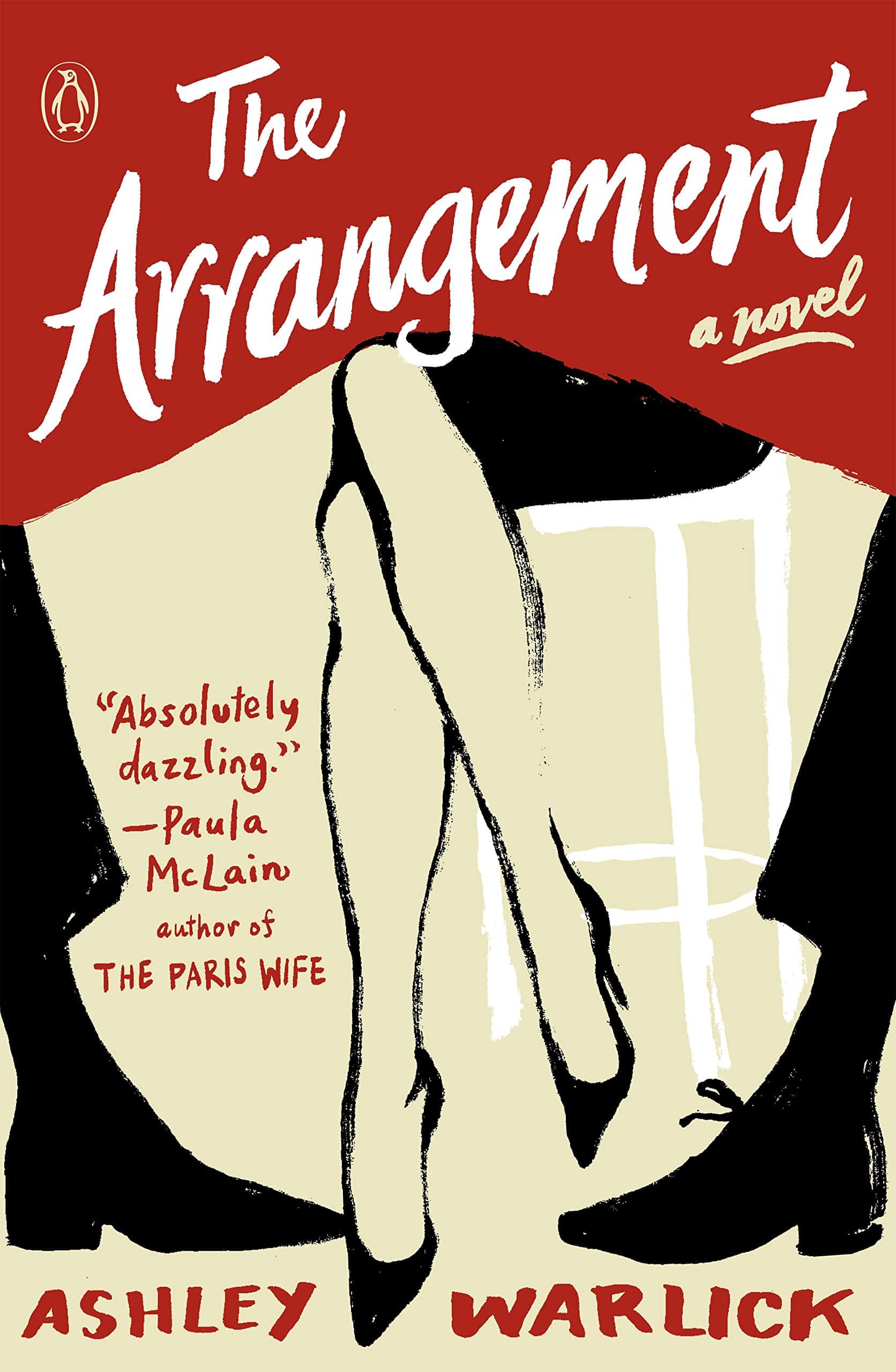 In the culinary world, M. F. K. Fisher, the author of over 27 books, is well known. Her works are a fine blend of food, travel, and memoir. Yet, many readers may never have heard of her. In The Arrangement, Ashley Warlick has paid a fitting tribute to this astounding woman, whose life was stranger than fiction.

Born Mary Frances Kennedy in 1908, Mary Frances, as she was more commonly known, was married to Al Fisher, a teacher, and a hopeful author. The bud of their love emerged during their college years in California and blossomed in Paris. There, Mary Frances discovered the love of food and cooking. But back in the heat of California, this newfound passion seemed to wither.

It is unclear, at first, just whose story this is as Warlick writes from multiple points of view. However, once the story is fully launched, it is clear the tale belongs to Mary Frances and no other.

After her Parisian adventure, Mary Frances wanted more out of life than just being a housewife. In the book, this moment is captured intricately at a tea for the faculty wives, when she worried that “there would be forty years of teas like that to come.”

When their friend Tim Parrish showed genuine interest in her writing, a door opened, and a light was lit. “To Al, Mary Frances’s writing would always be a hobby, like her drawing, her cooking and carving, and knitting, because he did not want a wife for a rival…”

Tim’s wife was a budding movie actress, Mary Frances’s husband an academic; Mary Frances and Tim together were something else entirely. It was a short slide for their relationship to become physical. “It wasn’t love that made her want Tim, that turned her car around on the dark highway and brought her back to this moment, it wasn’t love but rather an appetite’s demand: direct, imperative, true as love perhaps, but far more dangerous.”

At first, Mary Frances tossed her infidelity away, allowing herself to fall back into the grooves of her life. As she looked back to it, it seemed as if it had happened to someone else and she was merely an observer. Such thoughts were her rationalization to accept what she had done, yet in the nuances of the delicate writing, it is a feeble attempt at best. As quickly as her clandestine affair began, Mary Frances faced an evening, not only with Tim, her accomplice in infidelity, but his wife and her husband.  Her will and fortitude, prodded by her guilt, were tested. “There would still be drinks and dinners and movies and card games with the Parrishes, and whatever sparkling thing that used to happen when she caught Tim’s eye across the table would never happen anymore because she had been unable to leave it at that. Because she could not leave well enough alone.” Having consummated her desire, she must learn to live with the promise of it, the thrill of the possibility. The tedium of her marriage ate away at her as much as the guilt born of what she had done.

One can be loved without ever feeling loved in the manner desired. Such was the love Mary Frances had from her husband. No matter how Al felt he gave love, he never saw how his wife needed it to be given. It was an unintentional error, succinctly rendered in Warlick’s superlative prose. What was already missing in their marriage became alive, with a will of its own. “She and Al seemed to be living on vegetables and books, tobacco, quiet.” It was a quiet that smothered her, and her thoughts that lived in it. How readily she put aside reality to live in her fantasy. How brutal it was when the façade she had built crumbled, how hard it crashed upon her. “She could not imagine now the kind of blindness with which she’d been living. She felt as if she were bursting from a dark room into one where every lamp was burning. There seemed nothing to do but close her eyes.”

As for Tim, as much as he desired Mary Frances, he still loved his glamorous, 22-year-old actress wife. Was it a real love? Did she love him? He found out quickly when he told her the truth about him and Mary Frances, when he begged her to try to work it out, when “there was a kind of pleasure in her voice to tell him no.” He couldn’t know that it came from her own dissatisfaction. He couldn’t know how much she already wanted him to leave.

As Mary Frances, Al, and Tim tried to find their way through the muddled path the journey of their lives had become, they struggled to find an arrangement that would suit them all, with or without each other. More than just a true tale of this author and the men in her life, The Arrangement is a revealing psychological look at the ugly underbelly of the tangled webs of human emotions. Warlick peels away the surface layers of humanity, for beneath there is always imperfection.

Mary Frances became a published author, and Tim divorced. As for Al, he struggled to find himself and what he wanted: his place among them. Their lives were a cauldron of hard, deep decisions and many questions. Their paths, forever twisted upon each other, jogged off in startling directions, concluding in an even more astonishing, yet truthful, manner.

There are moments when the story lags, seemingly as stuck as the characters themselves. Flashbacks late within the narrative seem unessential and break the ascent to the climax of the book, especially as the connection to the present is tenuous at best.

And yet, this is a superbly crafted biographical novel. Ultimately, it is a story of triumph, but a dark one. With Warlick’s truly masterful prose, it is beautiful in its darkness, a gut-wrenching tale of a beautiful but tragic life, yet one filled with victories made all the more glorious for the depth of struggle they took to achieve, and the depth of Warlick’s talent.