Shakespeare: A Study and Research Guide 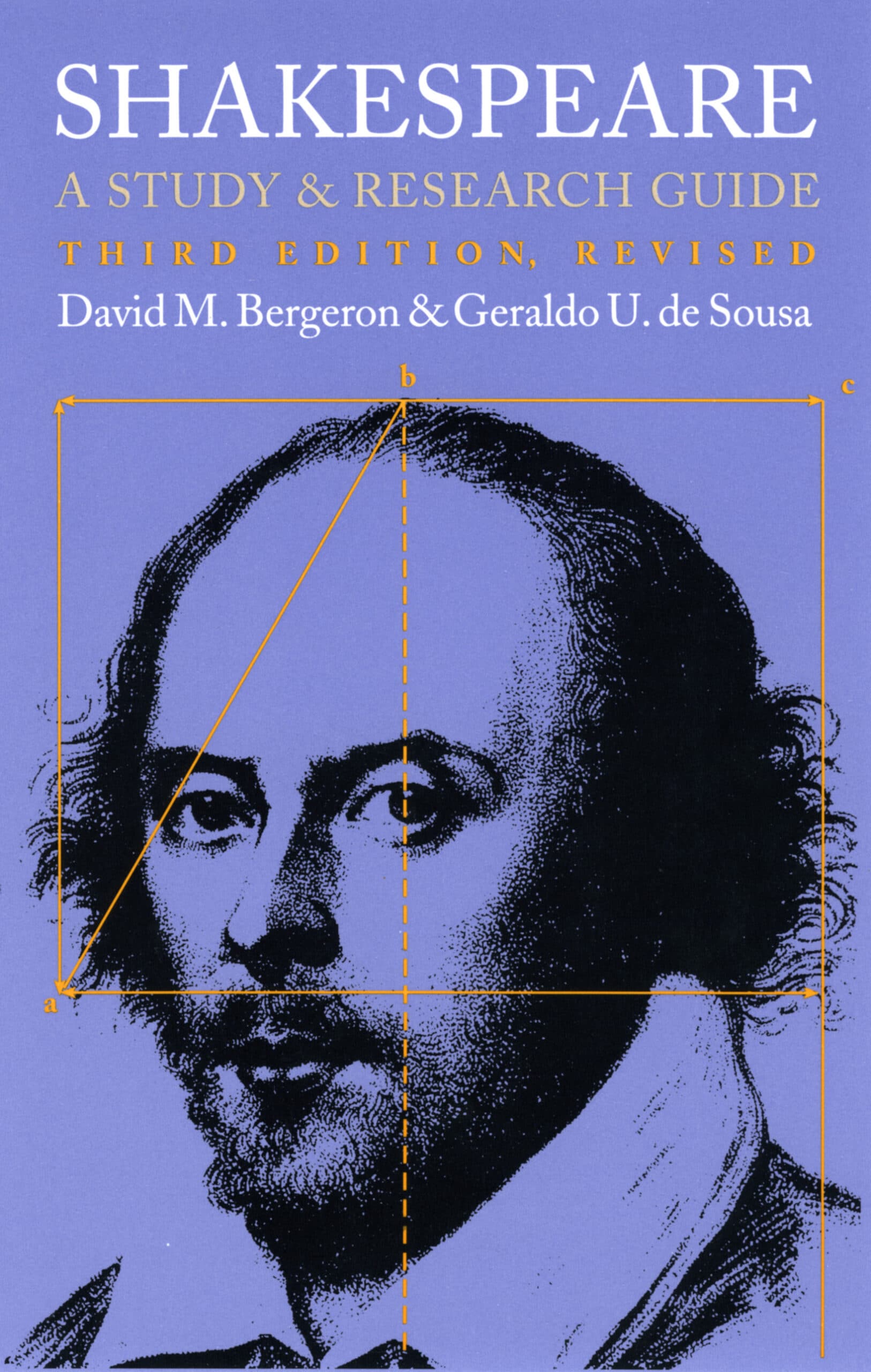 Shakespeare: A Study and Research Guide

David M. Bergeron, professor of English at the University of Kansas, and Geraldo U. de Sousa, assistant professor of English at Xavier University in Cincinnati, have succeeded in the monumental task of revising the 1976 edition of Shakespeare: A Study and Research Guide in their detailed and updated second edition. It also adds an in-depth analysis of the new books that have been published in the eleven years since the first edition, and it also adds sections on feminism and gender studies as well as poststructuralism and historicism.

This guide is organized in an effective way for the Shakespeare student and scholar alike. The first chapter explains the many critical approaches to Shakespeare studies while the second chapter covers and evaluates the books and journals written on the Bard. The third chapter then gives an approach, ample tips, and a guide to writing a critical paper.

Chapter One, “The Subject in Context” starts with an explanation for the lack of criticism in the years following William Shakespeare’s death. The 16th century did not value drama as a literary form and “no well-established literary criticism existed” then (2). The 17th century saw John Dryden’s writing as a critic and Ben Jonson elevating drama as a literary form. The authors also explain the development of Shakespeare criticism through the 18th century with critics like Samuel Johnson, the 19th century with A. C. Bradley, and the 20th century with M. W. Tillyard among others. The 20th century saw the publication of numerous journals like the Shakespeare Quarterly, Shakespeare Survey, Shakespeare Newsletter, and Shakespeare Studies. This history will be beneficial for students needing an overview of the development of Shakespeare criticism through the centuries. Next, the authors give a thorough definition of the critical approaches: historical, theatrical, and genre. Criticism that focuses on the analyses of language and imagery, the study of character, which most beginning students find doable. Psychological criticism, thematic and mythic criticism, feminist and gender criticism, and textual criticism are next detailed by the authors in a way that would clarify these critical approaches for any level of Shakespeare student. This chapter ends with major critics of Shakespeare, from Samuel Johnson and Samuel Taylor Coleridge to Fredson Bowers and Charlton Hinman. A flaw of this edition is that it was published in 1987, so it does not include contemporary critics or critical approaches.

Chapter Two, “A Guide to the Resources,” gives “a selection of some of the most valuable and useful books” presented under the categories of bibliographies and reference guide, (an excellent resource for students writing scholarly papers), editions, studies in the genres of tragedy, comedy, histories, and sonnets, studies of groups and movements, interdisciplinary studies, periodicals, and biographical studies (25). In this chapter, the authors compile an impressive list of books along with their approaches that will benefit any level of Shakespeare scholar. The organization of this chapter is also effective as it details a thorough and researched complete works of William Shakespeare as well as works that deal with the many varieties of critical approaches. A flaw is that this edition, which is a great revision of the original, again does not include contemporary editions, critical works, and periodicals.

Chapter Three, “The Research Paper” begins with an understanding of the overwhelming task that a student could face writing about Shakespeare, but as Bergeron and de Sousa explain, they have given more than ample resources in the previous chapters. However, the abundance of critical works can prove equally overwhelming. They bring up the common student complaint “that there is nothing new to be discovered or said; probably every generation of students has reached this conclusion, believing quite wrongly, that all Shakespearean materials have been discovered and that the final critical word has been uttered” (165). The authors reassure students that original ideas are not required, only a formal investigative essay with a rationally argued thesis. It is an exercise in logic, critical thinking, and sound reasoning, but it “can be fun” (166). Bergeron and de Sousa rightly argue that their study and research guide is a valuable resource for students looking for topics or sources for a paper. They further suggest that students consult composition and rhetorical guides for style guides on the research paper as well as the MLA Handbook for Writers of Research Papers and the MLA Handbook, which has had several new editions since this study and research guide was published. This chapter then breakdowns the entire process of writing a research paper, from selecting a topic to preparing the works cited page. The authors suggest that “to oversimplify, three broad areas exist for research topics in Shakespeare: his life and times, the plays or poems themselves, and textual problems” (167). This explanation seems to disregard the previous discussions on the many critical approaches. They then correctly argue that “the clearer the topic, the more efficient the research can be” (168). Because this book was published before the existence of library internet databases, it suggests that the student should use The Reader’s Encyclopedia, which can be a resource for information and sources but is not as comprehensive as a good library database can be. They suggest and provide tips on compiling a working bibliography, taking notes from research, outlining the paper, writing the paper, preparing documentation, and the works cited, and avoiding plagiarism. Finally, the authors provide a model research paper written by a college undergraduate student.

Shakespeare: A Study and Research Guide by David M. Bergeron and Geraldo U. de Sousa is a thorough and detailed guide for the student of William Shakespeare. It painstakingly gives critical editions and journals that students can now easily find and access on their university library database. However, the scholar can benefit from the discussion of critical approaches and the history of criticism throughout the century. Though dated, this study and research guide is well written and researched and will benefit the student interested in learning more about Shakespeare, the history of criticism on him, and the many critical approaches. Many of the critical editions are still valuable resources, too, because great literary criticism does not become dated and can stand through time, even centuries.