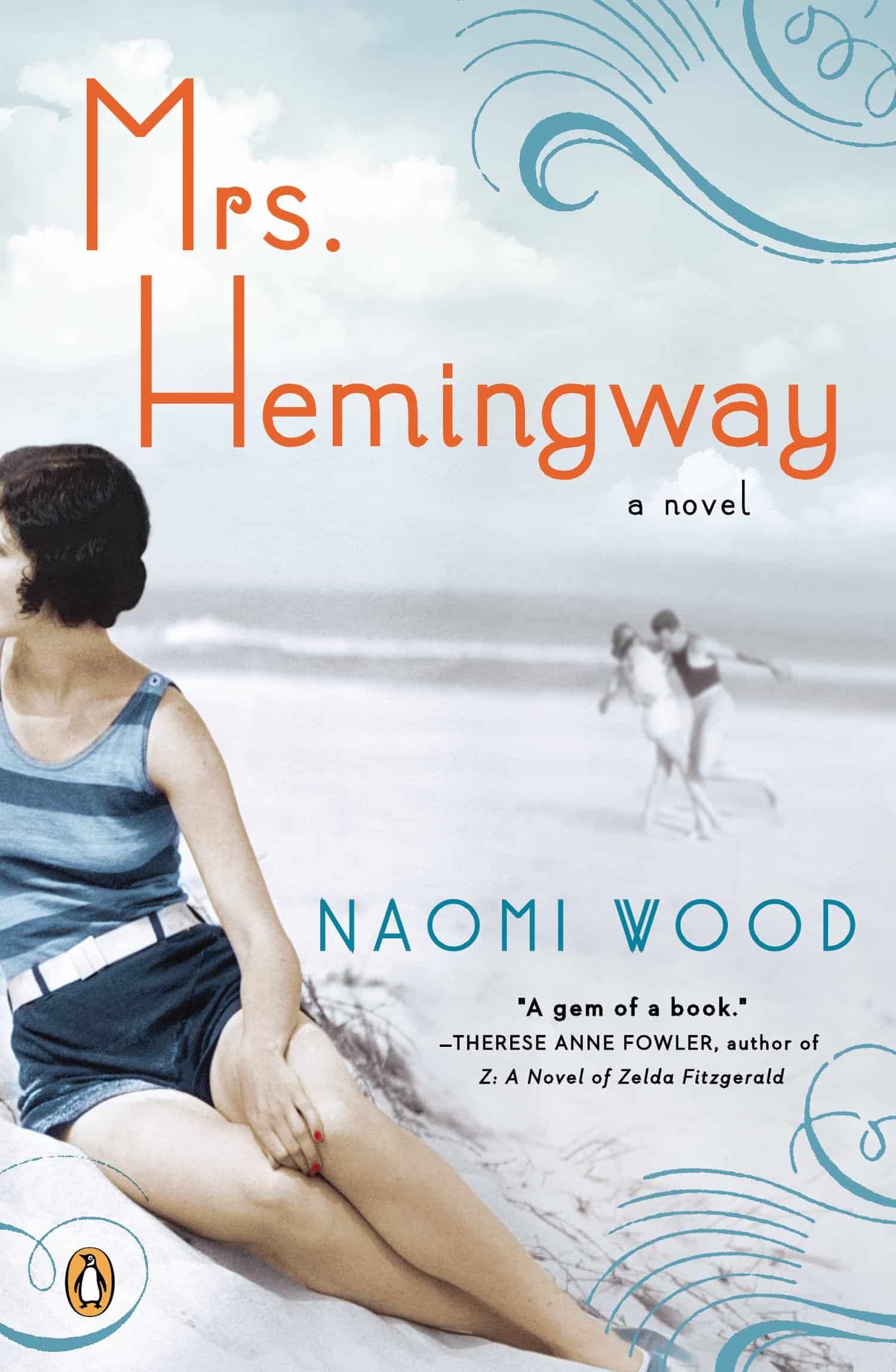 Often the clearest picture of someone is the one seen through others’ eyes. Such is the fascinating look at Ernest Hemingway Naomi Wood portrays through the eyes of his four wives. The title, which belongs to them all, is sardonic: it is a position these four very different women can call their own, but it sits differently on each.

The gripping tale begins as Ernest Hemingway’s first wife, Hadley Richardson, deals with his mistress, Pauline Pfeiffer (aka ‘Fife’), and how her presence is revealed, how Hadley herself brought the woman would lead to her downfall into their lives. The strange conditions of Hemingway’s life are laid bare from the first. In Antibes, France, Hemingway lives in a cottage with his wife and his mistress. It would seem an idyllic existence. It was not. “They have been in the villa like this for weeks, like dancers in relentless motion, trying to exhaust each other into falling.”

Wood makes human, if greatly flawed, the legend that is Hemingway—sparse words coat him with layers of truth, the beauty, and the ugliness. But this is a story of his women. Hadley Richardson, the first wife, a simple woman in character and profession; Pauline Pfeiffer, a society player, a vixen; Martha Gellhorn, war correspondent as beautiful as she is talented; and Mary Welsh, the star-struck journalist who gives up her career and her own first marriage.

Quickly feelings of sympathy emerge as Hadley learns the truth of his affair with Fife, a truth she knew but refused to acknowledge until forced. But Wood lays bare the truth of her circumstance with narrative that cannot be denied, “…something has happened in the villa that nobody else has seen, as if someone has wet the mattress and not owned up to the fast-cooling spot in the middle of the bedclothes.”

For all the love she has for him, Hadley gives him up; Fife takes her place as Mrs. Hemingway. As the first mistress becomes the second wife, old patterns repeat themselves, as they always do with men destined for perpetual infidelity. ‘Fife imagines herself as one of his sailfish, hooked in at the mouth. He’ll let the line out, let it slacken for a while. He will do this once, twice, three times, letting the fish go, as if it were free, before reeling it in and gaffing it on the boat. What a strange dance it is, until she comes in bleeding, reeled in by the nickel-plated rod.”

Fife proves far less amiable in relinquishing the title to Martha Gellhorn but relinquish she must.

Through Martha Gellhorn, a grittier Hemingway is revealed; his brilliance at his craft seems to grow concurrently with his cruelty. Theirs are the years of World War II. But Martha is unlike his first two wives; she has power of her own, power that first entices Hemingway then repulses him. As the next woman comes in to take her place, Martha sums up Hemingway’s character more definitively and in doing so, she possibly reveals the true psychology of the man, “Martha thinks how typical all of this is of him: he wants his wife, he wants his mistress, he wants everything he can get. He is not so much greedy for women as blind to what he thinks he needs and so he grabs at everything.”

Mary Welsh, his last wife, she who gave up so much, loses him too, in the end, but not to another woman, but to Hemingway’s own demons.

From the first, it is clear this is a tale of thick, dripping drama, told with the bitterness of the title character(s). The unique style of the writing, its distinctive narrative voice, announces itself as something different, something special. This is not merely a meager walk along the timeline of lives. Instead, Wood floods the pages with the emotions, distinctiveness, and heartbreak of each woman’s experience with the larger than life author.

Yet at times, there is often no great drama unfolding, but in the daily and the mundane, Wood splendidly reveals the many depths of the icon known as Hemingway: his swiftly shifting modes, his need for attention and to be desired, his scars—internal and external—from the war. Although the narrative is sparring, in fact stark, Wood uses metaphors and similes expertly to render her descriptions, in them the story breathes. There is a poetic taste to the narrative, raising it to lyricism with single sentences; pearls found here and there.

If there is a flaw, it lies in the vagueness of the character development; in the first few pages, it’s unclear who is wife and who is mistress or whether Hadley is, in fact, his first wife. Nor do we know that this first Ernest Hemingway is not yet famous, his legend is so inured; it is hard to think of him as anything but the Hemingway. But it is far, far from a fatal flaw.

Out of chronology, sometimes in each woman’s section the end is the beginning, yet it only impels the reading, not inhibit it. Written in the restrictive third-person point of view of each wife, Wood deftly gives each woman their own voice, so distinctly, they are not only heard, they are felt, all of their roller coaster rides, spun at the hands of Ernest Hemingway, ascends from the page. Through four pairs of eyes, a fully dimensional look arises, and yet, as the narcissistic womanizer he was, all four versions merge into one. Awash in straight narrative, much of it in past tense, much of it in internal dialog, Mrs. Hemingway defies the rules of writing, yet delivers a tour de force, compelling to the very end.