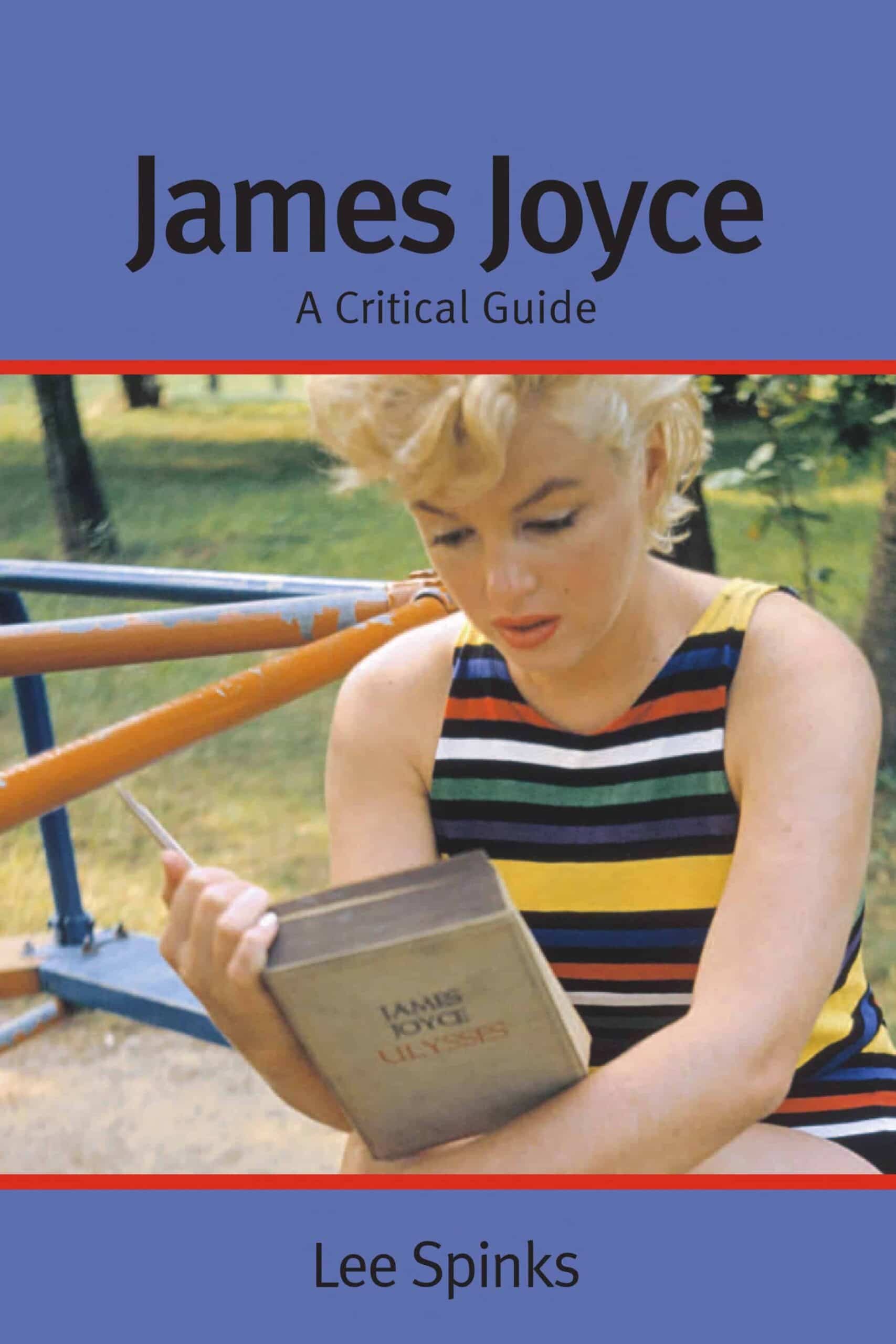 Joyce: A Guide for the Perplexed by Peter Mahon

James Joyce’s status as a titan of modern literature derives largely from Ulysses, the ground-breaking, highly experimental novel that dazzled (and puzzled) the literati in Paris, London, and New York a century ago. The book began appearing in serialized form in 1918 in a British journal called The Little Review, and since then Joyce’s place at or near the top of most literary rankings of “important writers” has never waned. Such notoriety has naturally resulted in a century of scholarly scrutiny, Joyce’s embedded riddles and labyrinthine prose so much catnip to successive generations of academics, many of whom forged their careers on the Dublin-bred writer who attempted to “forge in the smithy of my soul the uncreated conscience of my race.”

Surprisingly, perhaps, even after a hundred years of intense scholarly attention to the entire Joyce canon, much interpretive work remains to be done. Not surprisingly—given Joyce’s enduring popularity—important and helpful work continues to emerge, aimed at everyone from the neophyte literary adventurer to the seasoned Joycean. Lee Spinks’s James Joyce: A Critical Guide offers something of value to both types of readers. It is a deeply informed study of Joyce’s life and work that expands on the scholarship of previous generations, while also serving as an apt primer for the uninitiated.

Spinks, a professor of English literature at the University of Edinburgh, knows the terrain well. He’s conversant with the work of all the major Joyce critics and has paid close attention to the conversation that has created its own labyrinth—from privately circulated monographs in the 1920s to critiques that now debut in the cybersphere. His book is divided into three distinct parts: the biography, the works, and the criticism. Each is comprehensive and thoroughly explained, and for readers who aren’t put off by a bit of academic lingua franca (“Narcissistic self-regard becomes the fulcrum of the plot as well as the rhetorical structure….”), Spinks hits all the notes. He captures Joyce’s “restlessness and frustration” with dear, dirty Dublin, and he covers Joyce’s time in Trieste, Paris, and Zurich with the requisite attention to such important people and events as Nora Barnacle, Ezra Pound, Sylvia Beach, and what’s become known as “the scandal of Ulysses.” He argues that it’s the trinity of characters at the heart of Ulysses (Stephen, Bloom, and Molly) and not the overblown charge of obscenity that makes the work distinctive: “Ultimately, it is in the subtle interplay between these three very different modes of consciousness that Joyce’s greatest theme declares itself.”

Especially helpful is the brief “Further reading” section that follows Spinks’s discussion of each of Joyce’s works. These mini annotated bibliographies are masterpieces of compression, highlighting in just a couple of paragraphs the centenary sweep of criticism that has significantly helped expand our understanding of Joyce. 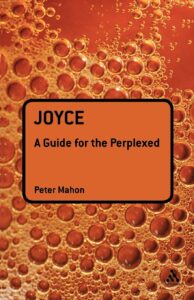 If you feel, however, as Stephen Dedalus famously notes in Ulysses, that “History is a nightmare from which I am trying to awake,” and you prefer literary criticism that is less historically determined, Peter Mahon’s Joyce: A Guide for the Perplexed—part of the “Perplexed” series that deals with such writers as Samuel Beckett, Jacques Derrida, and Leo Tolstoy—is definitely worth checking out. Mahon, who teaches English literature at both the National University of Ireland and the University of British Columbia, promises a new approach aimed at revealing “a Joyce that is contemporary, fresh, and relevant,” though he acknowledges his work derives from post-structuralist theory. By turning his attention to the elements of Joyce’s work that engage with issues relating to sexuality, art, and the body, Mahon’s efforts align comfortably with currently fashionable critical sensibilities.

The bulk of the book delivers what the title promises, offering a lucid, if fairly standard, recap of the plot and theme of the major works (Dubliners, A Portrait of the Artist as a Young Man, Exiles, Ulysses, Finnegans Wake). The final chapter is where Mahon turns his full attention toward a more theorized reading of Joyce, which “remains wary of notions like universalism and heterosexual love that have acted as guiding lights for certain types of Joycean criticism in the past.” The thrust of much recent Joyce criticism affirms Mahon’s belief that such critiques can be fruitful.

But there is still great critical value in exploring the past—Joyce’s past—as evidenced by Andrew Gibson’s James Joyce, part of the Critical Lives series published by Reaktion 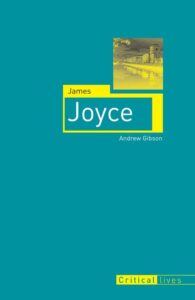 Books. At 170 pages, this biographical study offers a nice counterpoint to Richard Ellmann’s classic brick of a biography—and not just in bulk but also point of view, as Gibson argues for a much greater connection between Irish history and Joyce’s work than is usually surmised.

Research Professor of Modern Literature and Theory at Royal Holloway University in the UK, Gibson is expert at loosening the knotted nexus of Anglo-Irish politics, having first expounded his ideas in his well-received Joyce’s Revenge (2005, Oxford University Press). In James Joyce, he argues that Ellmann bequeathed to a generation of critics a Joyce who was “vastly ambitious, self-absorbed, intent on his art. But this art was apparently its own raison d’être.” In chapters with titles such as “Parnell, Fenianism, and the Joyces,” “Joyce, Ireland, and the War,” and “Joyce and Free Statehood,” Gibson makes the case that the high priest of modernism’s work “was always and everywhere concerned with Irish history, politics, and culture, [and] that what was taken to be its modernism originally expressed a specifically Irish-centered agenda.” This intriguing and somewhat contrarian book (most criticism of Joyce follows Ellmann’s formulation of a self-contained genius whose own life provided him pretty much everything he needed for his work) features a table-setting introduction by the eminent Joycean Declan Kiberd. 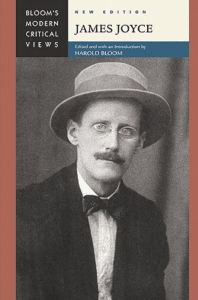 But a lone critic’s voice might not seem adequate for Joyce’s polyvocal texts. For readers who wish to acquaint themselves with a wider range of scholarly commentary on Joyce’s life and work, James Joyce (New Edition)—Bloom’s Modern Critical Views will serve nicely. The Bloom in the title isn’t Leopold, the protagonist of Ulysses, but rather Harold Bloom, éminence grise of modern literary criticism, a professor of English at Yale and New York University, who received just about every accolade a literary critic can garner. Bloom’s extensive Modern Critical Views series—100 separate titles at last count—all follow the same template: a brief introduction to the author in question by Bloom himself, followed by a roster of well-regarded scholars weighing in on the titular subject of the volume. Such is the case here, with 12 critics writing about different aspects of Joyce’s art.

Thematically, the essays have almost nothing in common; Bloom seems to revel in bringing together a hugely divergent swath of critical opinion. Essays on all of the major works are here, as well as critical explorations of the relationship between Joyce and Shakespeare, as well as Walter Pater, T. S. Eliot, and, of course, Homer (whose Odysseus became the Latinate moniker of Joyce’s best-known work). But each essay helpfully illuminates the manuscripts or topics in question. Among the offerings, two seem particularly insightful—one dealing with Joyce’s first real masterpiece, the other, his last.

David Leon Higdon’s “Gendered Discourse and the Structure of Joyce’s `The Dead’,” explores how the hundreds of references to music and sound that are associated with various characters in the final story of Dubliners (“The Dead” is Joyce’s first unequivocal masterpiece) offer the key to a hidden structure and theme of the story: the male characters are associated with cacophony, harshness of sound, and disharmony, while the women in the story generally are linked to harmonious sounds. As a result, the story whipsaws between the tension of conflict and the pacific force of singing, dancing, and domestic merriment. Higdon, who is an English language educator, finds in “The Dead” the beginning of Joyce’s linking of sound to mood and theme in the later works (especially the “Sirens” chapter of Ulysses.)

The final essay in the collection is perhaps the most intriguing: “Possible Worlds Theory and the Fantasy Universe of Finnegans Wake,” by Margot Norris (who is also the author of Simply Joyce, one of Simply Charly’s Great Lives Series books). Readers have long wrestled with Joyce’s ultimate word-crazy world, attempting to locate in the Wake such basic narrative commonplaces as character, setting, and plot. Norris’s essay acquaints readers with the tools and presumptions guiding critics who have recently evolved a “possible worlds theory,” offering the prospect of a somewhat firmer foothold in the Wake’s ever-shifting landscape. “Since Finnegans Wake does not exhibit a textual world (as Ulysses does)” a new mode of apprehending the text’s many radical shifts in point of view and representation is necessary. “Now there are new tools and vehicles at hand,” Norris says, providing comfort for some and likely spurring others to begin in earnest the second century of literary excavations of Joyce’s wonderland.