Galileo’s Mistake: A New Look at the Epic Confrontation between Galileo and the Church

Galileo's Mistake: A New Look at the Epic Confrontation between Galileo and the Church

Wade Rowland, the author of Galileo’s Mistake, characterizes the trial of Galileo Galilei by the Inquisition in 1633 as a defining moment in modern Western culture. As generally understood, this trial pitted arbitrary and dangerous religious authorities against the progression of scientific discovery. As Rowland defines what he calls “the myth of Galileo,” the Catholic Church condemned Galileo because he had discovered the truth.

The author, one of Canada’s leading literary journalists, begins his opposition to this interpretation by educating the reader about how Galileo’s contemporaries in the 17th century would have perceived the issues involved in the trial. Rowland writes that it is a mistake to impose modern sensibilities on the 17th century, and he succeeds in making a point of how difficult it is for people today to relate to or comprehend the mores of the ancient or medieval worlds. In his opinion, this is because the Scientific Revolution, in which the Italian astronomer, physicist, mathematician, and philosopher has played an important role, has overwhelmingly influenced the modern worldview. This is a theme the author returns to again and again.

For example, he writes, “I came to share a conviction that the roots of what is most disturbing about the modern world find their nourishment … in what is often called the Scientific Revolution.” Rowland believes the Scientific Revolution “expanded the creative horizons of humanity while reducing the mass of individual humans to the status of commodities and consumers” and “improved health and longevity while promoting unprecedented spiritual and existential dis-ease.”

Rowland offers a kind of survey of the history of scientific thought, experimentation, and discovery, which is the best part of the book. He provides an excellent and insightful summary of 17th-century science beginning with traditional and accepted views of a universe in which the Sun traveled around the Earth, and the Bible was the recognized guidebook to the heavens. He covers Ptolemy, Kepler, and Copernicus, providing readable depictions of their discoveries and how those discoveries were accepted—or not—by the general public and the Church. His presentation of Galileo’s life and discoveries is especially interesting, noting that in his own time, Galileo was known for his work in mechanics rather than astronomy.

Embed from Getty Images
The author repeatedly disavows the contention he is acting as an apologist for religion, but he seems to be less than an enthusiastic fan of the scientific side in the argument. He writes, “There is a legitimate place for religious insight in the pursuit of science” and wants to emphasize “that science is not the only legitimate fount of knowledge … that it can and should be challenged on some of its most fundamental preconceptions.” In a rather alarming mixed metaphor, he writes, “I want to lift its skirts and expose the rot in its foundations.”

Rowland’s major point is that the Church was not close-minded about Galileo and his support of the so-called Copernican heresy, and overall, he makes a good case for this position, citing examples of individuals at the highest levels of hierarchy who thought Copernicus was probably right.

The Church’s real objection to Galileo, according to the author, involved how the astronomer expressed his belief. Galileo thought the universe “was essentially a mathematical reality, in some literal way composed of numbers.” The Church could not accept this position because it excluded the possibility of an ultimate purpose to existence. Therefore, the argument between Galileo and the Church was really about “the nature of reality and what we can truly know”—an argument that Rowland believes continues to “bedevil” modern civilization to this day.

Galileo’s mistake was in believing that “nature is its own interpreter.” The author argues it is wrong “to assert, as Galileo did, that there is a simple unique explanation to natural phenomena, which may be understood through observation and reason, and which makes all other explanations wrong…Scientists do not discover laws of nature, they invent them … Society’s facts’ about nature are not preexisting truths, they are human constructs…the truth that science ‘discovers’ is not objective and immutable, it is subjective and socially contingent.”

Interspersed throughout the book are present-day dialogues, or conversations, between the author, his friend and former student Berkowitz, and a nun, Sister Celeste, in which they expand the science-versus-faith debate. These conversations take place in various places in Italy that have a connection with Galileo’s life, so the reader gets a flavor of the physical settings associated with the trial.

However, at times the dialogues are distracting to the book’s overall flow, and Rowland’s tone sometimes slips into condescension toward his conversational partners, characters who are not always successfully portrayed as people who exist beyond their stereotypical roles. For example, Berkowitz always takes the side of materialistic, scientific inquiry, while Sister Celeste, whom Rowland repeatedly describes as “the little nun,” favors mystery and faith. The dialogues present additional biographical and historical information about important figures like Kepler and Copernicus, which is sure to be appreciated by readers.

The author is not unbiased in his presentation—nor should he be, since he is taking part in one of the iconic debates of Western intellectual history. For example, he describes Aristotle’s ideal man as “a country-clubbish, self-righteous creature of decidedly materialistic leanings. A bit of a stuffed shirt. Very modern, in fact.” The author seems to dislike Galileo as a person as well. He describes him as “insufferable” and cites the “polemical” and “bellicose” style of Galileo’s writing, especially in The Starry Messenger, as the real reason for the Church’s criticism of its ideas.

Overall, this is an interesting take on one of the central events in Western intellectual history and is likely to be well received by readers who relish debate about the nature of truth and knowledge. 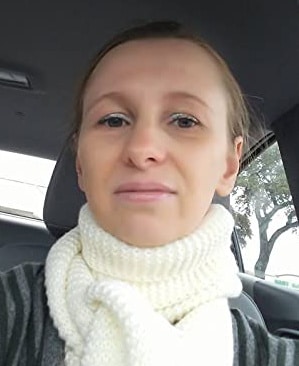 Caroline Blaha-Black is a freelance writer currently residing in Denton, TX. Her articles have appeared in various periodicals and magazines across the USA.