A Madman Dreams of Turing Machines 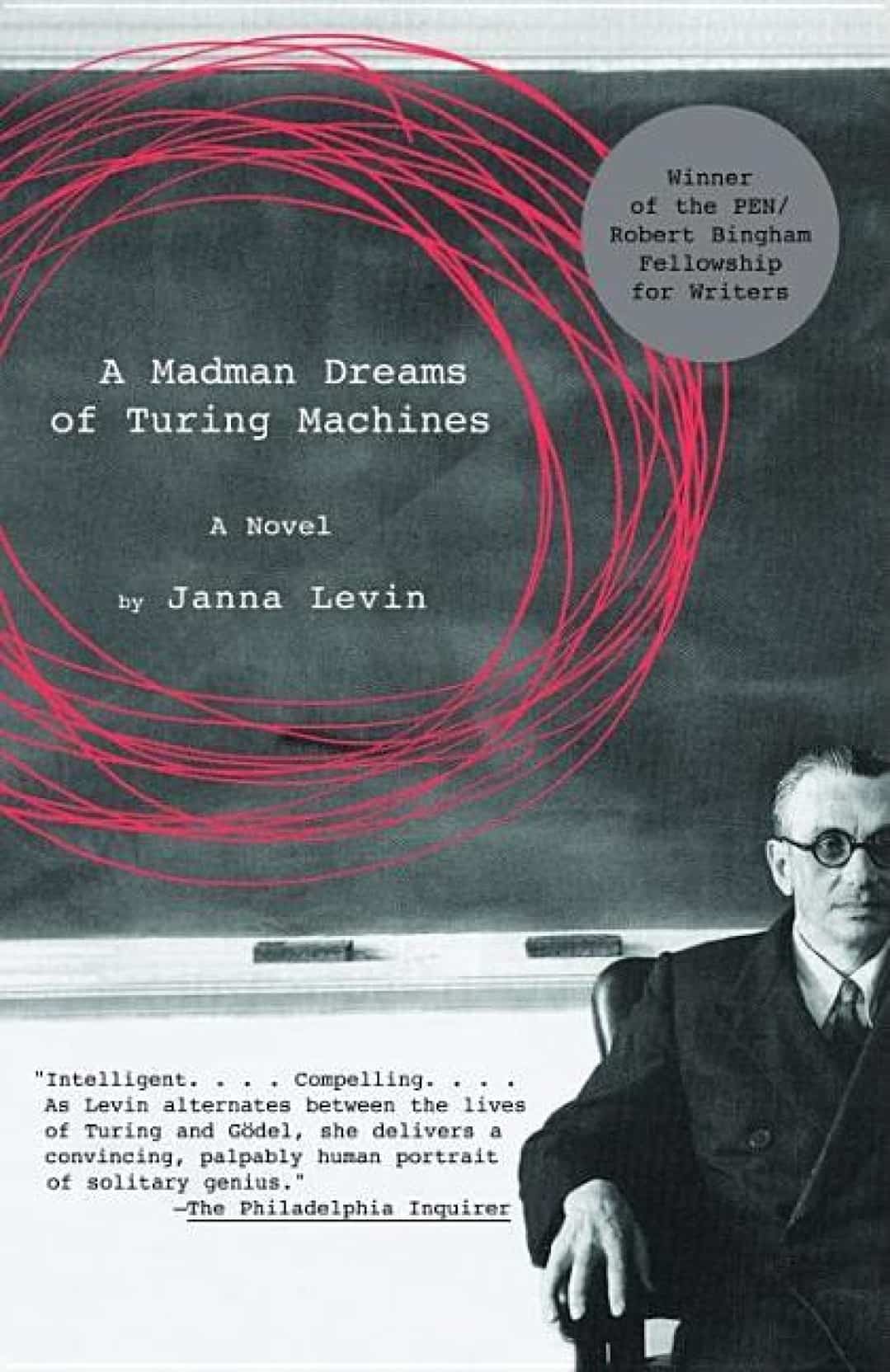 A Madman Dreams of Turing Machines

Without a doubt, Kurt Gödel and Alan Turing were two of the most compelling figures in the history of mathematics, logic, and philosophy. Gödel’s revolutionary “incompleteness theorems” and Turing’s work with artificial intelligence have changed the world. Gödel’s theorems altered the way mathematicians, logicians, and philosophers look at mathematical truth and truth at all levels of existence.

The cleverly titled “A Madman Dreams of Turing Machines” by Janna Levin, Professor of Physics and Astronomy at Barnard College of Columbia University, tells the odd and interesting story of these two men of great intellect, relating their internal struggles, and showing us how their lives were similar, even though they had never met. The book recounts Gödel and Turing’s stories with a combination of historical fact and fiction, all the while exploring their “solitary genius.”

The book weaves a portrayal of their triumphs, struggles, failures, and madness. Levin talks about Turing’s difficult years as an outcast in his school and his struggles with coming to grips with his homosexuality. We see the emergence of his sexual preference with his attraction to a young man named Chris Morcom. Chris’ death years later, prompted Turing to renounce his faith and become an atheist. These events led him to believe that all humans are only biological machines and, therefore, machines are capable of thought. This belief became a major part of his work in computer science. It also paved the way to amazing accomplishments in the field of artificial intelligence. Since then the notion that machines can gain the ability to think is branded on modern thought as portrayed in such movies as “Terminator” and “I-Robot.”

We also see the theory slowly merging with reality with the likes of real robots such as “Asimo.” Levine also tells the story of Gödel’s presentation of the “incompleteness theorems” to a group known as the Vienna Circle. We see his pain and disappointment as this theory, suggesting that there are limits to knowledge receives a cool reception from his colleagues. The story also takes us into his relationship with his soon-to-be wife, Adele. We are witness to Gödel’s paranoia, and as he tosses away the food, Adele lovingly makes for him for fear that it is poisoned. Years later this phobia leads to his death from self-starvation when Adele is hospitalized and cannot check his food for him. Through the lives of these two men, the book shows that truth often eludes us and our knowledge is incomplete.

“A Madman Dreams of Turing Machines” is geared toward those interested in philosophy and mathematics but can also hold the interest of historians or anyone contemplating the concept of truth and limits of knowledge. The book’s language is complex, and those in need of a simpler read may be disappointed. There is also a third-party narrator who appears in the story, a lost voice interjecting itself into the prose. However, despite the complexity of language and subject matter, many readers may enjoy the fictionalized, in-depth look into the personal lives of two of the greatest thinkers of the 20th century.