A Companion to Jane Austen 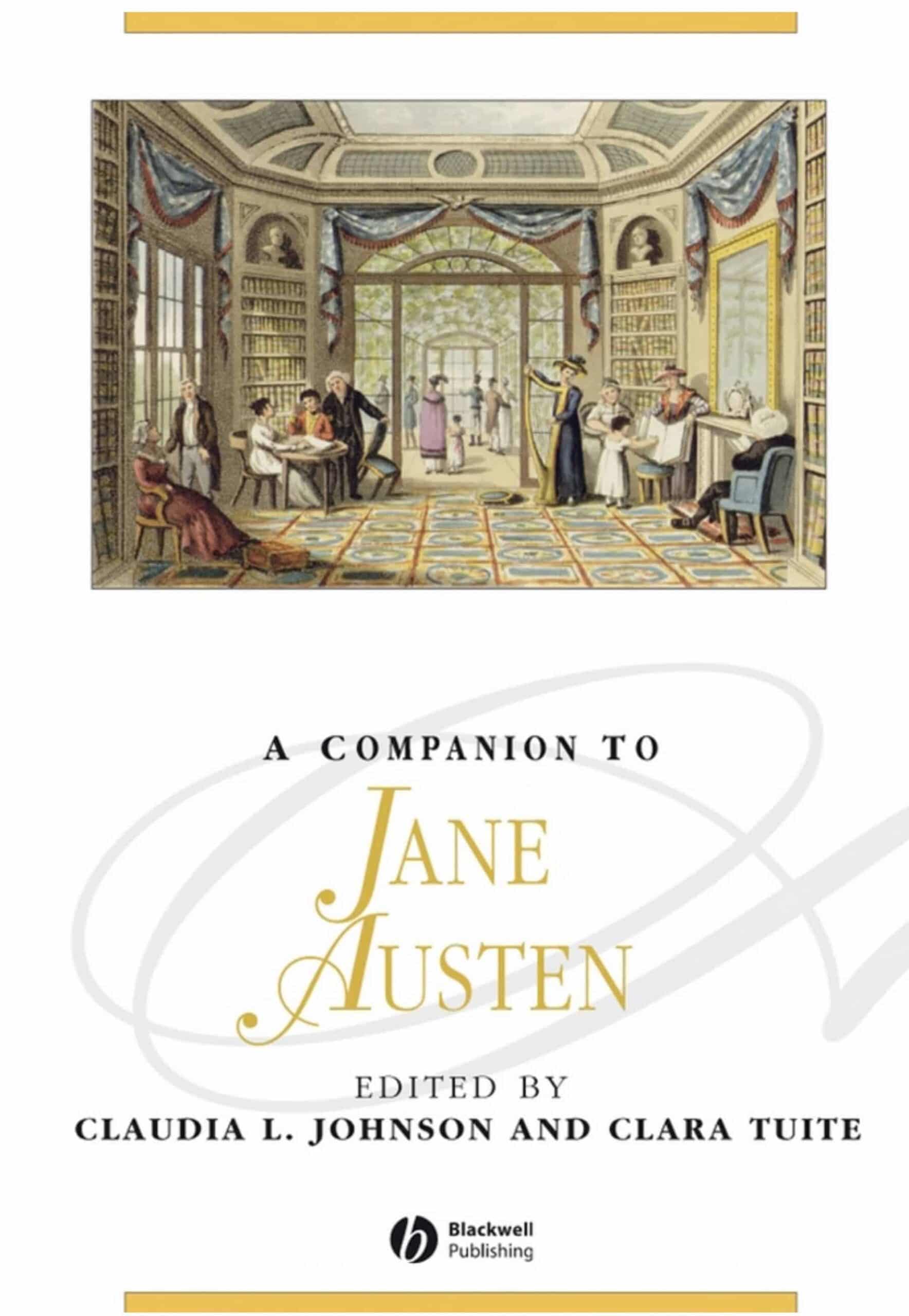 A Companion to Jane Austen

Everything you ever wanted to know about Jane Austen and probably didn’t even know enough to ask. An extensive, perhaps definitive, collection of essays that reflect contemporary Austen studies. Suitable for serious Austen scholars and fans willing to handle its heft. So much to learn here; so much to ponder.

The 42 essays cover topics from Austen’s life and earliest writings, to discussions of whether she wrote in a parody of gothic style or actually promoted it, to a survey of “Austenian Subcultures,” which illuminates the activities of “Janeites,” characterized in one of the essays as similar to Star Trek fans (“Trekkies”) with their conventions and get-togethers in the real world. Forty-two essays, plus an excellent introduction by the editors that provides an overview of current Austen studies, notes on the contributors who likely represent the best in Austen scholarship today, and an extensive and useful bibliography.

In their introductory comments, the editors emphasize the relatively new debate among scholars about which Austen editions should be considered “authoritative.” Does such a thing as a definitive edition exist? And if so, who defines it as such? In the end, Johnson and Tuite make a traditional choice. They rely on the Chapman editions for practical reasons, they say: these editions are the most widely used in literary criticism and have been the standard sources since 1923.

The introduction marks out a path through the history of modern Austen criticism, which dates from about 1917. Johnson and Tuite attribute the most recent spate of Austen mania, in part, to the release of the modern film versions of her work, but they also note, like Henry James, that Austen lends herself to marketing efforts and that her fans tend to identify quite personally with “our dear Jane.” According to Johnson and Tuite, “Austen study today is a diverse, expansive, excitable, critical life-form with feelers that reach out across disciplines.” Their choice of essays is a clear illustration of this statement.

The book has five sections. Part I is “The Life and Texts,” and it offers an introduction and details of Jane Austen’s life and relationships. The first essay examines Austen’s letters, “the key to everything” in the opinion of its author Kathryn Sutherland. Part II is “Reading the Texts,” a study of Austen criticism from her earliest juvenilia to her last published novel. Part III, “Literary Genres and Genealogies,” covers studies of Austen’s style, form, and linguistic invention. Part IV, “Political, Social, and Cultural Worlds,” places Austen in the wider cultural environment of her time, including wars, politics, and feminism. Part V, “Reception and Reinvention,” is designed, say the editors, to examine the “generic uses to which Austen’s later readers put her writing.” This is a fascinating section that examines the links between scholarly and popular interests, with attention given to movies, radio broadcasts, fiction inspired by Austen’s works, fan cultures, and modern critical practice.

There is so much in this book that the best way to give a flavor of its scope is to browse the essay titles: “The Austen Family Writing: Gossip, Parody, and Corporate Personality;” “Emma: Word Games and Secret Histories;” “Time and Her Aunt;” “The Army, the Navy, and the Napoleonic Wars;” Jane Austen and the Silver Fork Novel.” Obviously, readers at many levels will find something to attract them here. For this reviewer, those essays describing Austen’s modern fans and the impact Austen has on today’s popular culture are standouts.

For example, in the final essay in the book, “Austenian Subcultures,” author Mary Ann O’Farrell explores the feeling expressed by writer Katherine Mansfield in her remark about the reader’s response to Austen: “For the truth is that every true admirer of the novels cherishes the happy thought that he alone—reading between the lines—has become a secret friend of their author.”

O’Farrell suggests that the subcultures of fans who gather in chat rooms, create websites, and purchase Austen merchandise “engage variously the rigors and the comforts of an Austen-inspired sociability.” In other words, Austen fan communities reflect the acceptance, warmth, irritability, alienation, and challenges of characters in Austen’s fiction. “The ability to tolerate others’ private Austens—perhaps the eagerness of an Austen of one’s own to be in company or to hold her ground among or against others’ Austens—is what facilitates the formation of Austen societies, Austen tour groups, and even Austen classes.” According to the O’Farrell, Austen societies, clubs, and classes, both formal and informal, celebrate face-to-face contact.

This collection of essays is well worth mining for its nuggets of insight and inspiration. It shows that even in an age of impersonal contacts over electronic media, which tend to isolate rather than connect human beings, the social dynamics at work in the drawing rooms and sitting rooms of Jane Austen still resonate with modern readers.