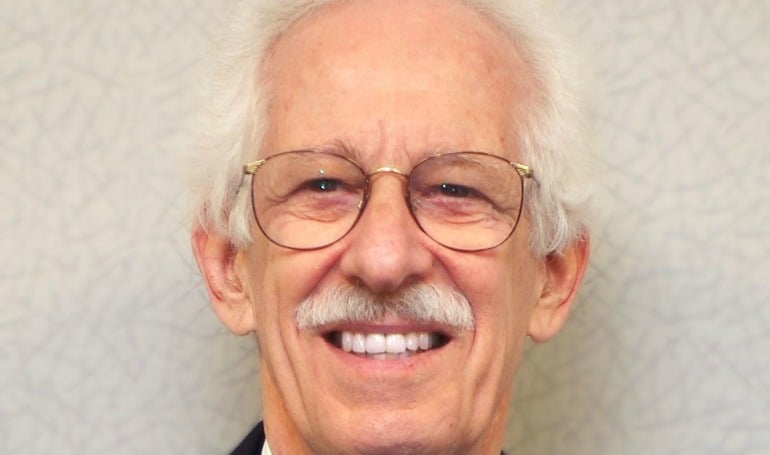 John Maynard Keynes (1883–1946) was an influential British economist whose ideas on government intervention in the economy were considered to be both revolutionary and controversial.

An economic historian, Peter Temin is Gray Professor Emeritus of Economics at Massachusetts Institute of Technology and author of numerous economy-related publications.

Simply Charly: You recently published a book on John Maynard Keynes with co-author David Vines titled Keynes: Useful Economics for the World Economy. What was your reason for adding yet another book to the already healthy pile of excellent surveys on Keynes’ thought?

Peter Temin: This book is short, nontechnical, and easy to read as the formal analysis is summarized in simple graphs. It emphasizes Keynes’ continuing interest in and contributions to international economics, which are ignored in many books on Keynes. It is the best introduction to Keynesian economics for non-economists and students. No other book is like it.

SC: Since the collapse of the world economy in 2008, Keynes has enjoyed renewed prominence as the economist of choice for those looking to understand the problems facing our current global economy. Why hark back to the economic policies of a Great Depression-era economist for answers?

PT: We are in a liquidity trap, which cannot be understood without reference to Keynesian economics. The last time we experienced a liquidity trap was in the 1930s, during the Great Depression. We should have remembered our history, but we did not. Many people have been confounded by substantial increases in the money supply with no inflation. This apparent paradox is easily understood in a Keynesian framework.

SC: It’s surprising to learn that while a student at Cambridge University, Keynes showed little interest in Economics, taking only one course under Alfred Marshall. How did Keynes develop his deep understanding of economics in the absence of any formal training?

PT: Keynes already understood sophisticated and even innovative economics by the time he wrote The Economic Consequences of the Peace, as explained in our book. He could not have learned macroeconomics from his professors, as this field of economics did not exist before Keynes created it. In fact, as we explain in our book, Keynes had to free himself from Marshall’s teachings to create the modern field of macroeconomics.

SC: As an economist, what key innovations or significant contributions did Keynes bring to the field?

PT: Keynes’ most important insight was the fallacy of composition. When one person wants to save more, he or she can do so. When everyone wants to save more, national income declines, and we end up in a depressed economy, called secular stagnation today. Another important innovation is now referred to as “sticky prices.” Not all markets can be cleared by price movements in the short run. Labor markets in particular often cannot. In fact, a good distinction between the Keynesian short run and the classical long run is the presence of sticky prices. In the short run, quantities often move to clear markets. This innovation gave rise to the concept of involuntary unemployment, often called Keynesian unemployment. This is contested today as some people say that the unemployed nowadays are simply lazy and not because of the shortage of jobs. Keynes also argued that when we have Keynesian unemployment, fiscal policy could help restore fuller employment without causing other investment to decrease. Fiscal expansion in this circumstance increases total spending rather than lowering private spending.

SC: Almost 80 years after the publication of Keynes’ great work The General Theory of Employment, Interest and Money, there is still fierce debate over what, in his economic theory, is of value and useful. Which tools in Keynes’ toolbox have been most effective to governments around the world?

PT: The first tool is the realization that governments can alleviate the pain and suffering of recessions and even depressions. The second tool is the use of “costless” fiscal policy, that is, fiscal policy in a recession that is not offset by decreases in other spending because it uses otherwise idle resources. The third tool is monetary policy. The expansion of the money supply in open-market purchases and Quantitative Easing (a particular kind of open-market purchase) is a Keynesian policy. It is sad that today only the third Keynesian tool has been used, with a very few exceptions, because the effectiveness of monetary policy is very limited in a liquidity trap (another Keynesian idea).

SC: Keynes’ prescription that governments spend more during times of economic instability flies in the face of common sense. Opponents argue that such government-induced credit expansions only lead to imbalances in the economy; it’s akin to trying to cure a hangover with more alcohol. Do you find any validity in this charge?

PT: This is a conflict only to non-Keynesians, and being drunk is a bad analogy. As noted already, when government spends more to utilize idle resources, it does not decrease other spending. Private as well as public actions may cause Keynesian unemployment. Private mortgage lending and securitization of mortgages caused the crash of 2008. The Obama stimulus plan was not composed of more mortgages and CDOs. Quite the contrary, it was intended to build infrastructure to boost our economy and provide unemployment insurance to help people who could not find jobs.

SC: Keynes was also emphatically against rising interest rates; he felt that they should be kept at zero. But very low-interest rates almost always causes the economy to grow and inflation to increase. How did Keynes address this issue?

SC: One of Keynes’ great opponents was Austrian economist Friedrich Hayek, whose economic policies of fiscal restraint and laissez-faire capitalism ran counter to Keynes’ more vigorous government intervention policies. Do you think it’s possible to bridge this divide, or at least forge a rapprochement between their competing visions of the operation of a market economy?

PT: This is a very complex question, and we do not deal with it directly in our book. Let me suggest how an argument might be constructed. Keynesian economics presumes a government that is trying to improve living conditions for its citizens. As noted already, Keynes tried to help people unlucky enough to be poor and/or unemployed. Philosophical arguments for this kind of government can be found in John Rawls’ A Theory of Justice (1971) and, more briefly, in Michael Sandel’s Justice (2009). Hayek appeared to favor a minimal government that does not extend help to disadvantaged members of society. I do not know the philosophical underpinnings of this view, and it looks to me like nostalgia for pre-industrial economies where there was generally employment for all who wished to work. Thirty-four countries that are members of the Organisation for Economic Cooperation and Development no longer live in this kind of economy. Keynesian unemployment is a problem of industrial societies, not agrarian ones. We show in our book that Keynes had an implicit theory of growth that would help countries develop and extend industrialization.

SC: The recent wave of austerity measures throughout the Eurozone notoriously led by the debt-fearing Germans seem to have completely disregarded Keynes’ expansionary policies altogether. Have any of these austerity measures worked at all? Or do you think expansionary measures are sorely needed to jolt the economies of many European countries back to life?

PT: European austerity measures have not worked at all. They have been counterproductive as Keynesian theory predicts. Fiscal expansion reduces unemployment; fiscal contraction increases unemployment. This is clear in data for the European Monetary System. The depressed countries of Southern Europe need fiscal expansion to regain economic prosperity.

SC: What do you think is the solution to today’s global economic crisis? Is there a simple answer?

PT: In the short run, Keynesian fiscal expansion is the key to avoiding or moderating unemployment. China and Japan used fiscal policy to avoid suffering like in America and the Southern European countries, providing evidence that fiscal expansion works as Keynes had predicted. Countries also have to confront the problem of bad debts left over from the boom and bust that led to the current crisis. These debts have made both households and businesses unwilling to consume and invest. This reluctance leads to the paradox of thrift. If a few households and businesses want to reduce their spending, that is fine. But when almost everyone acts this way, income declines as a result of the fallacy of composition, and government policy is needed to restore prosperity. This is a long-term problem, and a very difficult one.