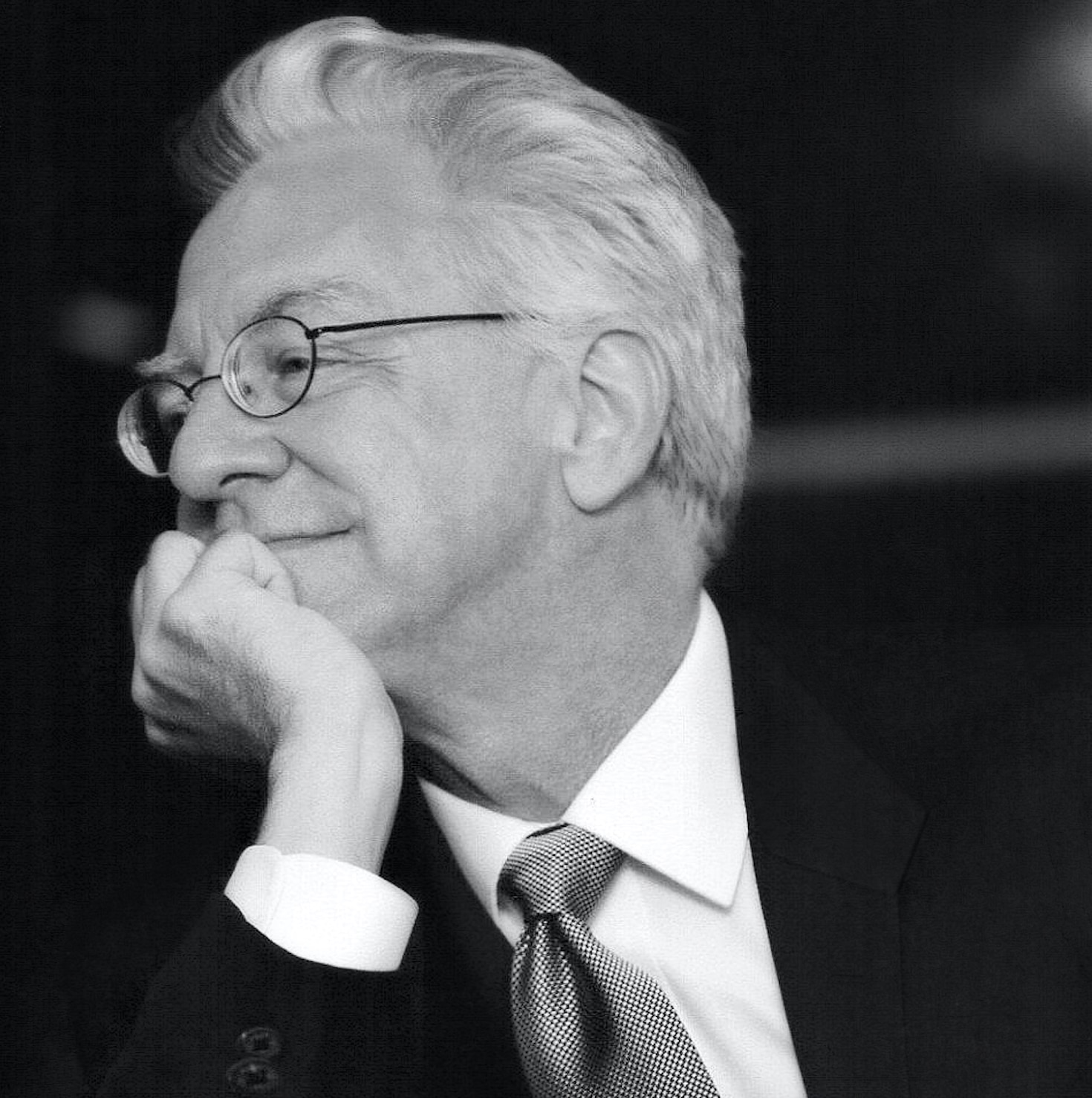 (Mis)understanding Wittgenstein: James Klagge Says Our Temperament May Be at Fault

Austrian-born English philosopher Ludwig Wittgenstein (1889–1951) is considered as one of the most influential although controversial thinkers of the 20th century. His work touched on topics such as ethics, logic, and language.

James C. Klagge is Professor of Philosophy at Virginia Tech, where he has taught for over 30 years. He has written, edited, or co-edited five books on Wittgenstein, including Wittgenstein in Exile (2011), Ludwig Wittgenstein: Public and Private Occasions (2003), Wittgenstein: Biography and Philosophy (2001), and Simply Wittgenstein (2016). Klagge has a special interest in Wittgenstein’s experiences as a teacher, and how they influenced his thought and writing.

Simply Charly: You’ve been teaching the philosophy of Ludwig Wittgenstein for well over 30 years. What is it about him that has fascinated you so?

James Klagge: Almost from the start what interested me was the person behind the ideas, and how those ideas and that life were connected. Reading the Tractatus Logico-Philosophicus or the Philosophical Investigations, you get very little sense of the author. The Tractatus especially feels like a series of pronouncements out of nowhere. I was interested in where they came from, and why. I encountered Janik and Toulmin’s book Wittgenstein’s Vienna a few years after I read the Tractatus, and that really got my interest. The relationship between Wittgenstein’s life and his work has been my primary focus. After reading the biographies of Wittgenstein by Brian McGuinness and then by Ray Monk, I decided I wanted to see what more we could learn and where we could go with that—what could we learn about Wittgenstein from his work, and what could we learn about his work from his life? My own contribution has been to study his lectures and his interactions with his students.

SC: How have you managed to make his challenging ideas accessible to your students?

JK: I always look for applications of his work. I want the students to figure out what is at stake, not just philosophically, but in life. That motivated my approach to writing Simply Wittgenstein. In the Investigations, Wittgenstein’s dialogue form invites the reader or the student to engage with the ideas. In his lectures, just as in his writing, Wittgenstein wants the interlocutor to reveal his or her temptations so that he can figure out how to counter them. In teaching Wittgenstein, we have to find ways to assist in that task. My new book Wittgenstein’s Artillery: Philosophy as Poetry (MIT Press, 2021) looks at the scenarios that Wittgenstein used to counter the temptations of his readers and students, and looks for other examples in literature more generally—Biblical parables, children’s stories, Russian literature—that can do the same. Many of these examples arose in the course of my teaching.

SC: In what way are these types of literature “poetic”?

JK: Wittgenstein once wrote that real philosophy should only be done as poetry. In writing this in German, he used the word dichten. The word has a broader meaning in German than just to write poetry—it includes writing fiction and narrative generally. What holds these things together, as a sort of family-resemblance concept, is their engagement of our emotions and not just our intellect. Wittgenstein also wrote, “I don’t try to make you believe something you don’t believe, but to make you do something you won’t do.” That requires something more like a story than an argument.

SC: Wittgenstein sought to dissolve the questions that bedeviled the enterprise of philosophy for millennia not only once, but twice. First, in his book Tractatus Logico-Philosophicus and then in his posthumously published work Philosophical Investigations. You can say he was the anti-philosopher par excellence. In what important respects do these books differ?

JK: Certainly they differ in style. As I note in my forthcoming book Wittgenstein’s Artillery, the Tractatus offers a series of pronouncements in which it seems the author cares little whether the reader understands what is at stake, and does little to engage the reader’s concerns, while the Investigations offers a sort of dialogue in which the reader’s concerns are elicited and engaged. In terms of substance, the earlier book works with a very constricted view of language, while the later book appreciates a much wider range of uses for language.

JK: In his later philosophy, Wittgenstein was concerned with what it would take to get his reader to view things in a certain way—for example, what would it take to rest content with a description of our ways of talking about sensations, without insisting on an explanation. We have a deeply ingrained tendency to push for explanations, a tendency that is appropriate in scientific contexts, but not always in other contexts. Wittgenstein thought this tendency, this temperament, was indicative of our contemporary era, what he called our “civilization.” He thought an earlier era, what he called a “culture,” did not have this same temperament. Wittgenstein identified with the earlier era and its associated temperament and felt that those imbued with our contemporary temperament would have a difficult time appreciating, even understanding, his work. In this temporal sense, he felt like an exile living among those quite different from himself. His feeling seems to be confirmed by how we have had trouble inheriting his philosophical views in our times.

SC: That might lead to a rather pessimistic conclusion that we are stuck in our era of civilization with the wrong temperament for appreciating Wittgenstein.

JK: Perhaps so. However, in the mid-1930s he wrote “one should really only do philosophy as poetry.” My new book examines ways Wittgenstein tried to influence our temperament on a more individual level through broadly poetic means.

SC: Two of your book titles, Wittgenstein in Exile and Wittgenstein’s Artillery are rather mysterious, connecting him with things hardly associated with him. Why is that?

JK: The titles are both metaphors that try to capture an aspect of Wittgenstein that I think is important but unnoticed. In his later philosophy, Wittgenstein reflected on the notion of “seeing-as.” His famous example of this was seeing a certain figure as a duck or as a rabbit. In one book, I drew attention to ways in which Wittgenstein could be seen as an exile. In the other, I hope to draw attention to Wittgenstein’s newfound concern to influence his audience and to find ways to do that. Wittgenstein worked in the First World War as an artillery spotter, and with his inherited wealth he tried to purchase an upgraded 305mm mortar for his army. His military work became a metaphor in his own writings at the time. I carry the metaphor into the 1930s, as his approach to philosophy changed. Sadly, near the end of his teaching career, he lamented that to accomplish his aims, “Quite different artillery is needed here from anything I am in a position to muster.” So, the metaphor is one that he employed himself.

JB: Wittgenstein famously held that in many cases the meaning of a piece of language is its use. This runs counter to the idea that the meaning is what we intend by it, or how others interpret it. I illustrate the problems here by discussing symbols such as the Confederate battle flag. While those who fly or wear the flag may not intend to convey a racist message, that does not settle what the flag means. And while on-lookers might be offended by the flag, that also does not settle the matter of meaning. We need to look carefully at how the flag is used. And, while Wittgenstein helps us raise this question, he does not offer much help in how to answer it.

Here’s another example. When Socrates encountered a difficult question, such as “Can virtue be taught?” he insisted on finding a hard and fast definition for the words used to formulate the question, such as “What is virtue?” Wittgenstein thought words could have a perfectly respectable meaning even without a strict definition. He thought it was often enough to note the family resemblances that various instances of the concept had to one another. This may seem like a purely academic exercise for words like “virtue.” But suppose we are dealing with the word “religion” in the First Amendment. What activities count as an exercise of our freedom of “religion”? Must they presuppose a belief in God? The U.S. Supreme Court, without mentioning Wittgenstein, has in fact chosen to accept an understanding of “religion” that does not have the precision required by Socrates, but is more like a family resemblance.

SC: Where do you go from here with your work?

JK: I am doing the final editing on Wittgenstein’s Artillery: Philosophy as Poetry, which I mentioned earlier.  I am putting the final substantive touches on Tractatus in Context: The Essential Background for Appreciating Wittgenstein’s Tractatus Logico-Philosophicus. This is a sort of contextual commentary that looks at what Wittgenstein was influenced by and reacting to, what he wrote in notebooks and in letters leading up to the book, what he said to friends and students about the book later, and what the early reactions were to the Tractatus. I have been working on this for 45 years, and Routledge will publish it in 2022, on the 100th anniversary of the publication of the original book. After that, I will start work on a project: Wittgenstein’s Last Student. It will focus on a book manuscript written by Wasfi Hijab, who studied with Wittgenstein during his last two years as a professor. Wittgenstein’s students we know of are the ones who went on to become philosophy professors. But we also know that Wittgenstein advised his students not to become philosophy professors. So, I am interested in some of his students who followed his advice! Hijab taught mathematics.

SC: If you could sum up Wittgenstein’s enduring legacy, what would it be?

JK: Here’s how I put it near the end of Simply Wittgenstein: “There is no culmination of Wittgenstein’s work—no final insight. What there is, and what remains his real contribution, is a set of tools for thinking about various topics, and many examples of how he grappled with those issues.” The enduring legacy, if there is one, is how we come to grapple with our issues.