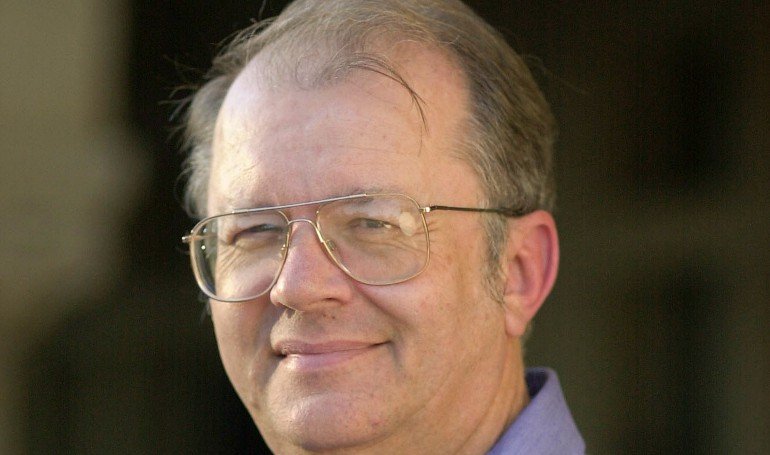 An 18th-century German philosopher, Immanuel Kant (1724–1804) is considered as one of the most influential thinkers of the late Enlightenment. His works, which offer an analysis of theoretical and moral reason and the ability of human judgment, have had a significant impact on modern philosophy, fine arts, literature, as well as intellectual movements of the 19th and 20th centuries.

Allen W. Wood is Ward W. and Pricilla B. Woods Professor of Philosophy at Stanford University. He has also taught at Cornell and Yale Universities, with visiting appointments at the University of Michigan and the University of California at San Diego. His many books include Kant’s Moral Religion, Hegel’s Ethical Thought, Kant’s Ethical Thought, and Kantian Ethics; and is the co-editor of the Cambridge edition of Kant’s works.

Simply Charly: Kant is notoriously one of the most difficult philosophers to understand. His works are very dense with obscure locutions that impede many from completing his works much less understanding them at all. How would you advise someone approaching Kant’s work for the first time?

Allen Wood: I don’t know how to make difficult philosophy easier. I can only recommend that someone read it over and over again. (I think I misunderstood most of Kant’s Groundwork of the Metaphysics of Morals the first fifty or so times I read it. Then I finally understood it.) About his terminology, however, I do have something to say. Kant uses a set of terms he borrowed from the Wolffian tradition, which in turn got most of them from Latin scholasticism. Kant was not a well-informed historian of philosophy, but his choice to use the jargon he borrowed from Wolff and Baumgarten was very fortunate because it connects him to medieval scholastic philosophy and thereby to Aristotle (when he knew neither the scholastics nor Aristotle very well at all, first hand). So we should be grateful for this terminology since it enables us to relate Kant to the whole history of Western philosophy, although he didn’t know it very well.

SC: Although primarily known as a philosopher, Kant had an abiding interest in science. In fact, his early writings address scientific matters. Did he make any important contributions in this area?

AW: Probably his most famous single scientific contribution was the nebular hypothesis of the origin of the solar system, which he presented in an early essay (1755). This work was not widely circulated, however, and so the hypothesis was not known to be his until after it had received a much more precise mathematical formulation by La Place years later. Kant also had some interesting things to say in early essays about Leibnizian physics. But perhaps Kant’s greatest scientific contributions were to what we would now call ‘earth sciences’ and to anthropology. He was among the first to teach both “physical geography” (as he called it) and the science of human nature. He regarded these two studies as related: the first teaches us about the physical environment of humanity, the second about the social environment.

SC: Kant famously remarked, as is often reported, that he was awoken from his dogmatic slumbers by Scottish philosopher David Hume’s problem of induction. However, you’ve argued that “There never was any ‘slumber’ from which to awake.” Can you explain it?

AW: The term “dogmatic slumber” (used by Kant in the Prolegomena to Any Future Metaphysics) suggests (in Kantian terms) unthinking acceptance of Wolffian philosophy. But Kant never was an uncritical follower of Wolff. That’s why, in his case, there never was a dogmatic slumber from which to awaken. I think his imaginary account of his philosophical development in the Prolegomena is better seen as his conception of a possible course that a typical reader of that work, educated in Wolffian philosophy, might take—going from uncritical acceptance of Wolff through Hume to Kant’s philosophy. Kant was hoping, by depicting his own course as having followed this one, to lead his readers on the same path, even though it was not the path he had followed.

SC: Kant’s philosophical works were largely a result of his reaction to his predecessors—Locke, Berkeley, Hume, Rousseau. Against what was he reacting to?

AW: This question would require a much longer answer than I can give if it were to be answered adequately. In metaphysics, Kant was chiefly reacting against Wolff and Baumgarten. In moral philosophy, he was reacting against them too, but also against Hutcheson’s moral sense theory, though he also was positively influenced by Wolff and Baumgarten and also by Hutcheson. He saw himself (I think correctly) as a follower of Rousseau, not a critic. His relation to Hume was ambivalent, but I think in his own view, more positive than negative. Philosophers brought up in the empiricist tradition tend to see Kant’s relation to Hume as oppositional, but that tells us more about them, their philosophical prejudices, and the limits of their philosophical imagination than it does about Kant’s relation to Hume. This is not an adequate answer to your question, but as I said, an adequate answer is beyond what I can give in any brief space.

SC: One of Kant’s most prominent works is the Critique of Pure Reason, an investigation into the limitations and structure of reason itself. It encompasses an attack on traditional metaphysics and epistemology and highlights Kant’s own contribution to these areas. Can you briefly explain what he set out to do in this work?

AW: His chief aim in the work is to explore the limits of the capacity of reason to gain knowledge a priori. This was done in the Dialectic of Pure Reason, and the conclusions from it are presented in the “Doctrine of Method” (the last part of the Critique which few people have the stamina ever to read). The most famous parts of the Critique, the Aesthetic and Analytic, attempt to explore what we can know a priori. This seems controversial to people brought up in the empiricist tradition because they’ve internalized the dogma that we can know nothing at all a priori, so that is the part they concentrate on. But for Kant, these early parts of the Critique had the aim mainly of setting the stage for the exploration of how we come to ask metaphysical questions we cannot answer, why we cannot answer them, and what positive lessons we may learn from the fact that we are driven to ask these questions which lie beyond the bounds of our faculties. We can see that this is really the aim of the Critique from the very first sentence of the Preface in the A edition: “Reason has the peculiar fate in respect of one species of its cognitions that it is burdened with questions which it cannot dismiss, because they are prescribed to it by the nature of reason, but which it also cannot answer, because they surpass every faculty of human reason.” This sentence talks about what happens in the Dialectic, not in the Aesthetic and Analytic.

SC: Kant believed that our mind actively structures how we encounter the world—that the mind makes the world not the other way round. Can you briefly explain this?

AW: I think this is a very common but very misleading characterization of Kant’s transcendental idealism. He doesn’t think the mind makes the world—as though it were a figment of our imagination and nothing more. Our cognitive capacities rather prescribe the conditions under which we can cognize the world, and therefore enable us to distinguish questions about the world that we can answer from questions we cannot. That seems to me a more accurate way to put it.

SC: He also made significant contributions to the field of ethics as set out in his The Groundwork of the Metaphysics of Morals. Can you briefly tell us what his principal contribution in this area was? And does any of it have any relevance today?

AW: His explicit aim in the Groundwork is to search for and establish the supreme principle of morality. This provides the basic grounding of moral philosophy, but nothing beyond that. It is still relevant if you think morality rests on a single fundamental principle. I do think it is still relevant, and especially relevant to the way we think about things is the second formula of the moral law (of the three main ones Kant gives): Namely, the formula of Humanity as End In Itself. I think it is a powerful idea that humanity in the person of every human being has absolute worth or dignity—hence equal worth. This is the basis of a radical Enlightenment conception of moral value, the full consequences of which are still very far from having been fully understood and applied in human affairs.

SC: Peter Strawson’s work The Bounds of Sense (1966) reinvigorated interest in Immanuel Kant’s philosophy. Since then, have there been any other major contributions worth noting in Kant studies?

AW: When I last saw Strawson, in November 2005 (about two months before his death) he insisted that The Bounds of Sense was not, and was never intended as, a work of “Kant scholarship.” He said it was a philosophical encounter with Kant. But I think that along with Jonathan Bennett’s Kant’s Analytic, it played an essential role in getting analytically trained philosophers thinking about Kant. A number of books since then have developed this interest in a way that really is what Strawson meant by “Kant scholarship.” If I had to name the single most important of these, I would say it is Henry Allison’s Kant’s Transcendental Idealism, first published in 1983 and then much revised for the second edition of 2004. To list all the excellent studies of Kant since then would be a foolish enterprise: I’d have to list many names, and I’d be sure to leave out some important ones. So I won’t try.

SC: You’re regarded as one of the leading scholars on Kant. How have you extended Immanuel Kant’s work? And what relevance does he have for us today?

AW: I won’t comment on my own contributions since that is a job for others. Kant’s relevance today is too manifold to attempt to describe. But it can be indicated by simply listing some of the philosophical movements in the past two centuries that would have been impossible without Kant’s philosophy as their background: German idealism, Neo-Kantianism, Pragmatism, Logical Positivism, Phenomenology, Existentialism, Analytical Philosophy. If I have left out any important philosophical movements of the last two centuries, they probably belong on the list as well. In short, Kant is central to the background and context of all significant philosophy for the past two hundred years. To say he is “relevant” to all philosophy today would be grossly understating it.