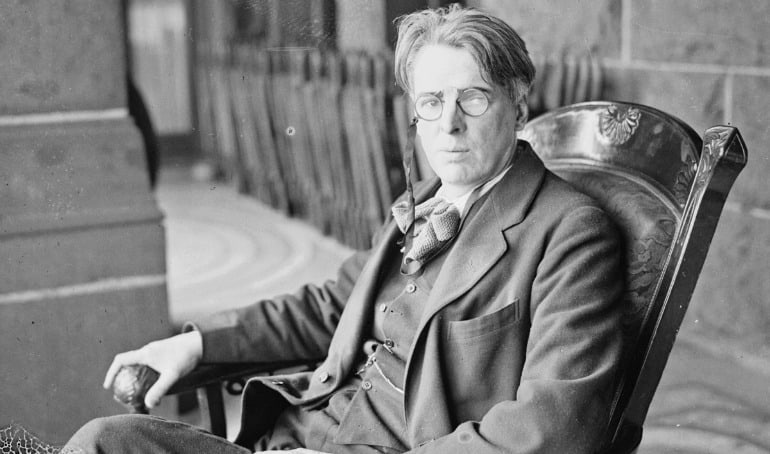 Adolf Hitler was a fascist, Joseph Stalin a totalitarian, and the famous Irish poet, William Butler Yeats (W. B. Yeats) (1865-1939) was both.

In his essay, Passion and Cunning: An Essay on the Politics of W. B. Yeats (1965), Irish politician and historian Conor Cruise O’Brien exposed Yeats’ darker thoughts by analyzing his poetry, essays, letters, and speeches.

According to O’Brien, it was Yeats’ nationalist spirit and pride that drew him to the ideologies representing what he stood for: an independent Ireland, free of British rule. He saw fascism as the future and democracy as an obstacle of the past.

O’Brien explained that during the early 1930s, Yeats became involved with the far-right organization known as the Blueshirts, which promoted Irish nationalism. He wrote several marching songs for the group, but they were all rejected.

The Blueshirts would later fight for Spanish dictator Francisco Franco in the Spanish Civil War. Yeats, however, ended his support of the group years before the war began in 1936. He didn’t see their beliefs ever becoming mainstream, and he always liked being on the winning side.

His support for fascism and hatred of democracy are also evident in the letters he wrote to his secret lover, British novelist Olivia Shakespear. In these letters, he revealed that he planned to make speeches condemning democratic governments and expressing his support for the leader of the Italian Fascist Party, Benito Mussolini.

Can we still love Yeats’ work even though we know what his political views were? We must look at him as we do at any historical figure—as a product of his time. This means acknowledging what he did wrong in his life, admiring what he got right, and learning from it all.