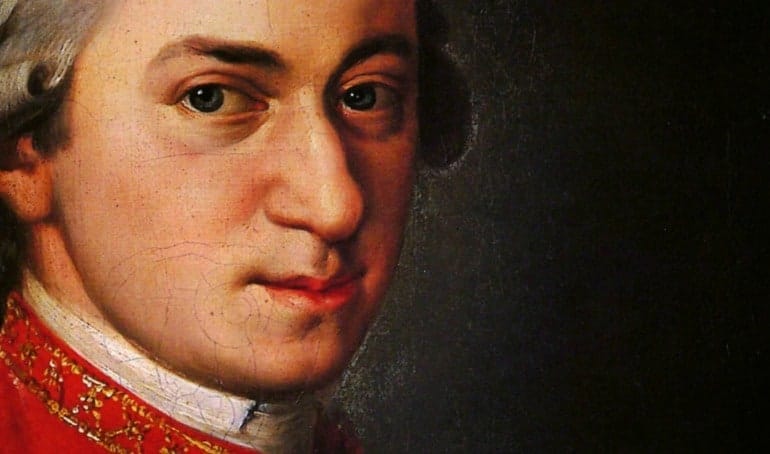 The Killer Pork Chop? Fleshing Out A Theory About Mozart’s Death

Arguably one of the world’s greatest composers, Wolfgang Amadeus Mozart was born on January 27, 1756, which means that this week marks his 264th birthday.

In terms of his musical output—some 600 works, including numerous symphonies, operas, and piano and violin concertos—Mozart was a prolific composer. Unfortunately, his life was brief, even by the standards of the 18th century. He died just weeks before his 36th birthday, on December 5, 1791.

For centuries, several causes of his untimely demise had been offered, ranging from an assassination by his rival, Italian composer Antonio Salieri, to kidney failure and rheumatic fever. In fact, about 150 different theories—both plausible and implausible—had circulated since Mozart’s death.

One of the more bizarre explanations that popped up decades after the composer’s passing was that Mozart had consumed an undercooked pork chop that ultimately killed him.

According to a recent article, Jan Hirschmann, a physician at the VA Puget Sound Health Care System in Seattle and an amateur medical detective, found what he considered to be a compelling piece of evidence pointing to the pork chop as the culprit responsible for Mozart’s death.

While searching for clues, Dr. Hirschmann came across a letter Mozart penned to his wife, Constanze, in which the composer reported that a servant was bringing him dinner. “And what do I smell?” he wrote. “Pork cutlets! Che gusto. I eat to your health.”

Mozart might have indeed eaten to Constanze’s health but, it would seem, to the detriment of his own. Hirschmann discovered that Mozart passed away a month and a half after the letter had been written, and it typically takes that long for trichinosis—an intestinal parasite resulting from eating undercooked or tainted meat—to appear.

To this day, there is no conclusive evidence to prove (or disprove) the pork chop theory but, at the very least, it has given us some interesting food for thought.