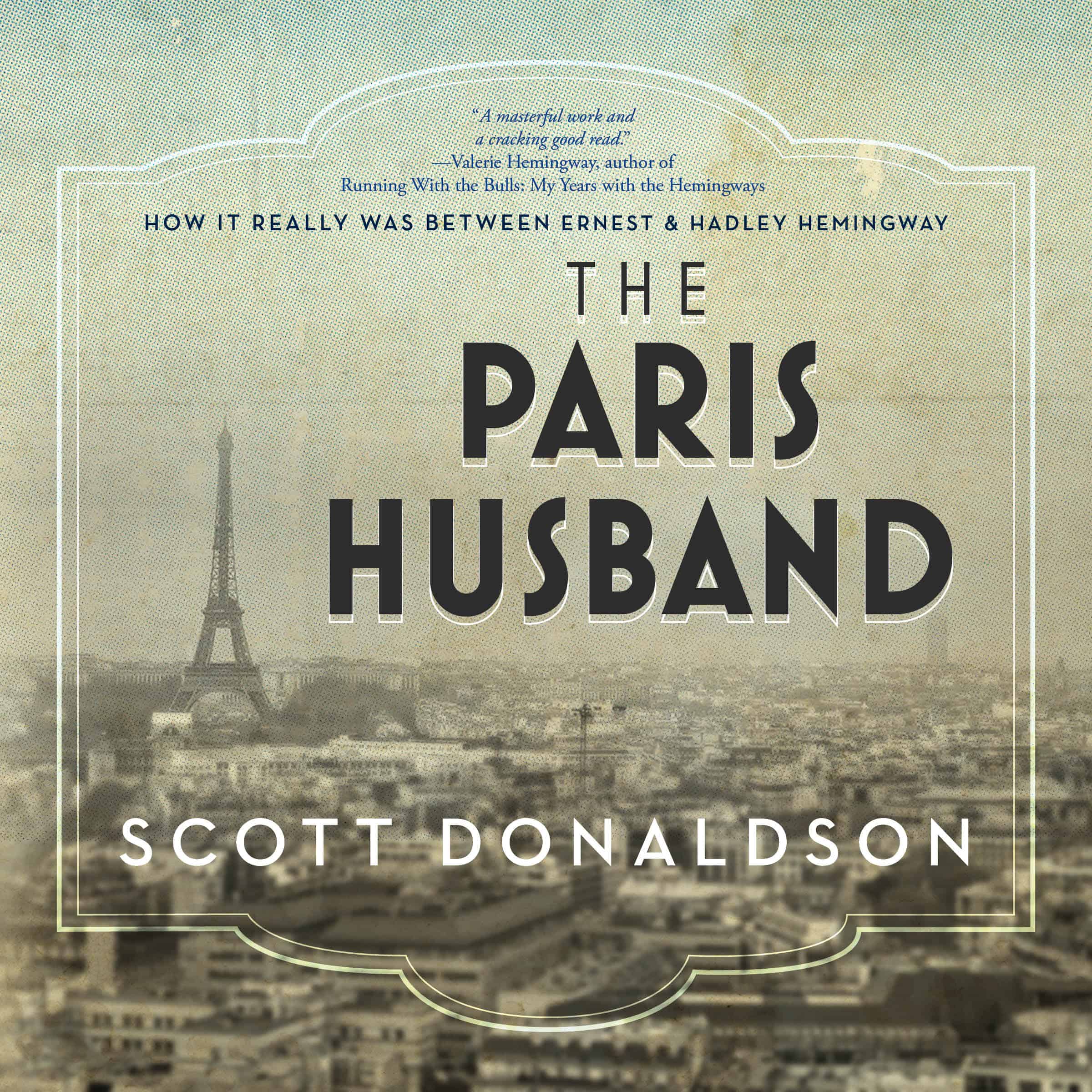 The Paris Husband by Scott Donaldson is a “masterful work,” critics say

(New York, July 12, 2018) – On December 3, 1922, before boarding an overnight train from France to Switzerland, Ernest Hemingway’s first wife, Hadley, lost a valise containing her husband’s early stories and the beginning of a novel. That critical moment, as well as the marriage itself, inspired the new book, The Paris Husband, released today in e-book form by Simply Charly.

The print and audio editions are scheduled for release later this year.

The author, Scott Donaldson, is a Hemingway scholar and a highly acclaimed biographer, having written eight life stories about America’s leading literary figures. “The passionate relationship between the budding author and his first wife was ultimately ‘doomed,’ but it had a lifelong impact on Hemingway and his writing,” Donaldson said.

He added that “many misconceptions have been circulating about Ernest and Hadley’s marriage, but this book is based solely on factual evidence.”

Even before publication, The Paris Husband has received great praise from experts in the field. Valerie Hemingway, Ernest’s daughter-in-law and author of Running With the Bulls: My Years with the Hemingways, called the book “a masterful work and a cracking good read.”

Mark Cirino, co-editor of Hemingway and Italy: 21st Century Perspectives and editor of the Reading Hemingway Series, pointed out that “If there were a Mount Rushmore of Hemingway scholars, Scott Donaldson would belong. This lucid, engaging history of Hemingway’s first marriage only enhances that legendary reputation.”

And Kirk Curnutt, author of Coffee with Hemingway and A Reader’s Guide to Hemingway’s To Have and Have Not described the book as “a beautiful piece of storytelling by one of our best American biographers.”

According to Jackson R. Bryer, President and co-founder of F. Scott Fitzgerald Society and co-editor of French Connections: Hemingway and Fitzgerald Abroad, “Donaldson debunks myths, setting the record straight in a fascinating and highly readable narrative that will be as revelatory for Hemingway fans as for those previously unfamiliar with the story of his first marriage.”

“Drawing upon his detailed knowledge of Hemingway’s biography as well as his deep understanding of Hemingway’s personality, Donaldson offers readers a compelling and compassionate glimpse of Hemingway as husband that helps humanize the iconic author and this mythic period of his development” noted Suzanne del Gizzo, Editor of The Hemingway Review.

“We are delighted with the excellent reviews the book has received from critics and are confident our readers will find it to be a wonderful and authoritative source of information about one of America’s most illustrious writers,” said Charles Carlini, Simply Charly’s CEO.

The 101-page Kindle edition is available for purchase on Amazon at https://amzn.to/2L9TKSx.

The Paris Husband is a companion book to Simply Charly’s Great Lives series, which has published several books about the world’s most influential people whose contributions have had a meaningful and enduring impact on our society. The books are authored by prominent scholars and other top experts who have dedicated their careers to exploring each facet of their subjects’ work and personal lives. Ernest Hemingway is one of the historical figures featured on the site.