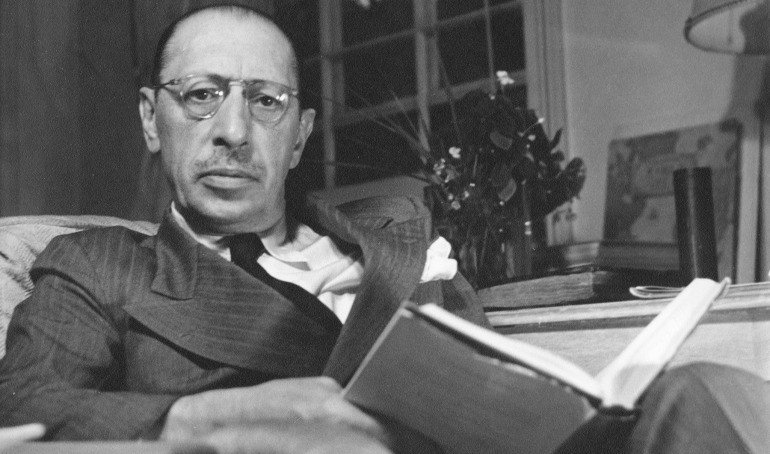 Lost and Found: The Anniversary of Stravinsky’s Early Work

Even the most ardent fans of Igor Stravinsky (1882-1971) may not realize that January 17 marks an anniversary of an important, yet little known, event in the Russian composer’s life.

It was on that day in 1909 that his early orchestral work, “The Funeral Song,” was performed in the St. Petersburg Conservatory of Music.

Why was this concert such a key event in the distinguished career that spanned more than half a century? There are three reasons: firstly, because Stravinsky wrote this piece in memory of his teacher, the famed Russian composer Nikolai Rimsky-Korsakov, shortly after his death in June 1908. Secondly, the 12-minute work was performed only once—on January 17, 1909—and never published. And finally, because the original manuscript, thought to have been destroyed by the ravages of the 1917 Revolution, was found last year among piles of papers at St. Petersburg’s Conservatory, where it was originally performed.

Although many works of art had been either lost or intentionally destroyed by Bolsheviks during and after the Revolution, many musicologists believed that the original score had languished, unnoticed, for decades in the Conservatory’s archives. During the Soviet era, however, when Stravinsky fell out of favor because of his “modernist” leanings, the search for this work was not permitted.

It was only after the Conservatory building was emptied during last year’s renovation that the manuscript was discovered.

Recalling the work, Stravinsky said he could not remember the actual music, but was “curious to see what I was composing just before ‘The Firebird,’” the 1910 ballet that brought him worldwide fame.

Unfortunately, Stravinsky, who died on April 6, 1971, never got a chance to see his “Funeral Song” come to life again.