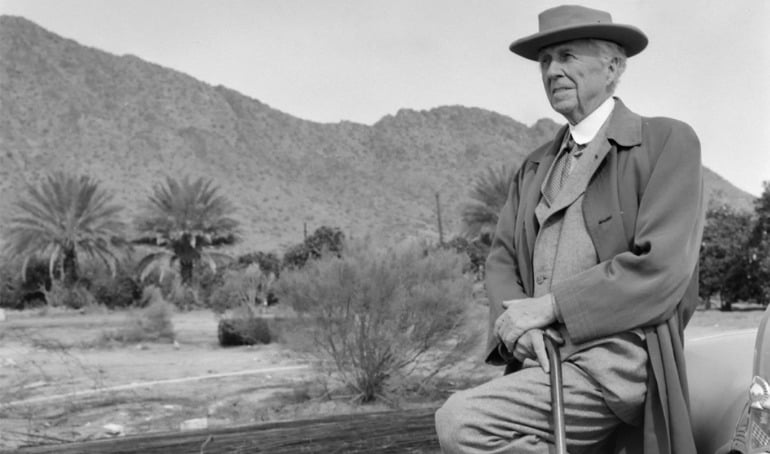 By Design: Frank Lloyd Wright’s Houses Are Never Out Of Style

“Study nature, love nature, stay close to nature. It will never fail you.”

Even though by all accounts, Frank Lloyd Wright (1867–1959) was a complex man, this phrase shows a much simpler side of the legendary architect: his avowed affinity for the natural environment.

Yet Wright, who would have turned 153 on May 8, was no simple tree hugger. He was inspired by “organic” architectural style that effortlessly blends custom craftsmanship with natural elements.

An outstanding example of this philosophy is the terraced Fallingwater building in Pennsylvania, a modern structure blending harmoniously with the surrounding trees and a waterfall.

Out of 532 buildings Wright designed—mostly in the United States, but several also in Japan—many are historic landmarks. But the most iconic is arguably the Guggenheim Museum in New York City.

Commissioned in 1943, the museum was inaugurated six months after Wright’s death in 1959. Its modernist design, white façade, and circular shape might not have fit in well with red-brick buildings that dominated New York’s skyline in the 1950s, but Wright was, in fact, influenced and guided by his core philosophy: he placed an innovative building in a city known for its innovative spirit. That’s a win-win combo.

Nearly six decades after Wright’s death, his designs and buildings are still admired and in demand.

One recent example is a 1950s Minneapolis home that just hit the market for $3.4 million. The L-shaped house has marble walls on the inside; its exterior is made of stone and wood.

The choice of these materials proves that Wright was indeed close to nature—and true to his own nature as well.