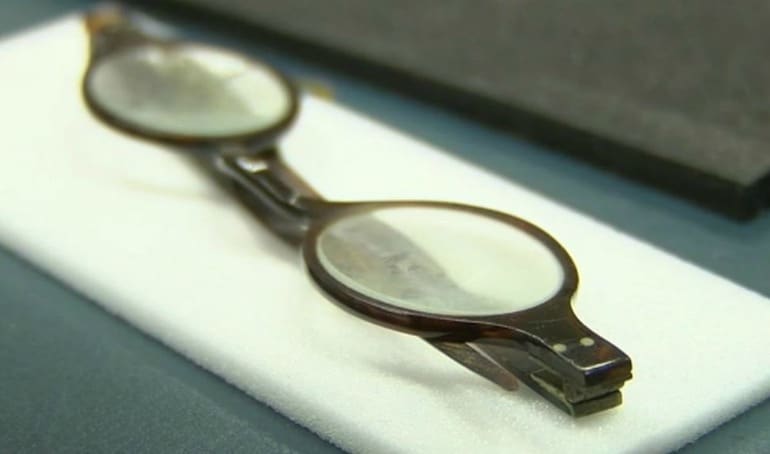 A Gripping Page-Turner: The Plot Thickens Around Jane Austen

Her standing as a pop culture icon is as enduring as her literary legacy, proven by the occasional emergence of various posthumous intrigues, twists, and theories.

One such recent development is the new research by the British Library, suggesting that Austen died from arsenic poisoning. The real cause of the author’s death at 41 has never been established, though some experts have speculated that an endocrine disorder called Addison’s disease was the reason for her untimely demise. Others have suggested Hodgkin’s disease and tuberculosis.

But after examining three pairs of glasses that are believed to be Austen’s, researchers deduced that her worsening eyesight might have been due to cataracts, which, in turn, could indicate arsenic poisoning.

How did the novelist come in contact with the poison? We can safely assume that the butler didn’t do it since she was not known to have had a household staff. But apparently in Austen’s time, arsenic was found in water, medication, and even wallpaper, so exposure to it was not uncommon.

We will likely never know for sure what killed Austen, so this is just one theory among several.

Then there is also a rather disturbing tidbit that comes from Nicole M. Wright, an assistant professor of English at the University of Colorado.

In a recent article published in The Chronicle of Higher Education, she wrote about an odd new Austen fan base. It seems that the beloved author is also beloved by the alt-right factions—extreme nationalist groups who reject mainstream conservatism.

“By comparing their movement not to the nightmare Germany of Hitler and Goebbels, but instead to the cozy England of Austen—a much-beloved author with a centuries-long fandom and an unebbing academic following—the alt-right normalizes itself in the eyes of ordinary people,” Wright noted.

It’s true that in Austen’s England inequality and injustice were rife, and women and lower classes had no rights. That status quo was reflected in her novels, but there’s absolutely no evidence to suggest she might have shared any tenets of the alt-right’s philosophy.

In fact, when faced with the supporters of this doctrine, she would probably ask the same question that Pride and Prejudice’s Mr. Bennet put to his wife: “I have not the pleasure of understanding you. Of what are you talking?”

Austen, we believe, is a poor symbol for any extremist groups. She probably had her pride but, just as likely, she didn’t share their prejudice.