MAIN MENU
Literature Virginia Woolf
English author, feminist, essayist, publisher, and critic, Virginia Woolf (1882–1941), was one of the most influential literary figures of the early 20th century. Her most famous works include Mrs Dalloway (1925), To the Lighthouse (1927), Orlando (1928), A Room of One’s Own (1929), and The Waves (1931). She was also a co-founder, with her sister Vanessa Bell, of the Bloomsbury Group, an informal association of English writers, intellectuals,… 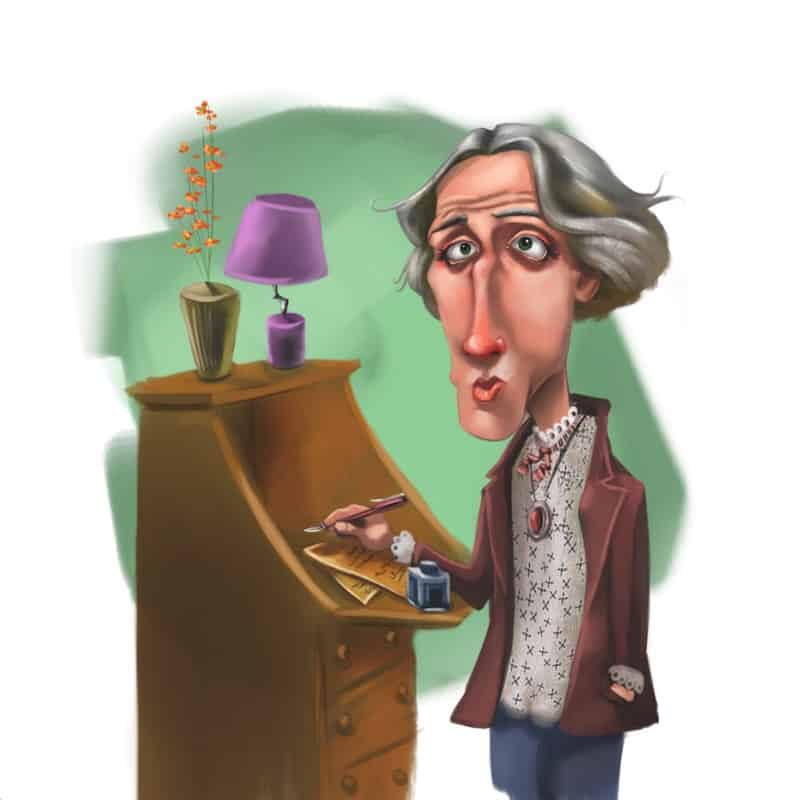 British novelist, critic, essayist, and pioneer of both 20th century Modernism and Feminism

English author, feminist, essayist, publisher, and critic, Virginia Woolf, was one of the most influential literary figures of the early 20th century. Her most famous works include Mrs Dalloway (1925), To the Lighthouse (1927), Orlando (1928), A Room of One’s Own (1929), and The Waves (1931). She was also a co-founder, with her sister Vanessa Bell, of the Bloomsbury Group, an informal association of English writers, intellectuals, philosophers, and artists.

Henry James dubbed Adeline Virginia Woolf, née Stephen, “a descendant of a century of quill pens and ink pots.” She was third of four children born to noted Victorian philosopher and writer, Sir Leslie Stephen, founding editor of the Dictionary of National Biography and his wife, Julia. Her godfather was the poet James Russell Lowell. Unlike their Cambridge-educated brothers, Virginia and her sister Vanessa, were tutored at home and had constant exposure to a wide range of intellectuals who were friends of their father – such as James, Lowell, E. M. Forster and G. E. Moore. She would later rebuke her father for the lack of opportunity to have a formal education like her brothers.

Despite the loss of her parents and younger brother, Woolf remained close with her sister and another brother, Adrian. She met her husband, the author Leonard Woolf, when she lived as a single woman with him and three other young men, including Adrian. Her sister Vanessa married the critic Clive Bell, who would later introduce the Woolfs to new writers for their publishing firm, the Hogarth Press.

Despite her aristocratic lineage and privileged upper-class upbringing, one of the remarkable aspects of Woolf’s work, both as an author and publisher, is its portrayal of democracy. This view reflects education from classic works she received from her tutors. Woolf herself felt that society and “human character” had changed with the passing of King Edward VII in 1910, heralding the beginning of Modernism and the end of the Victorian and Edwardian periods. To explain this transition, Woolf fell back on the privileged life of her childhood, juxtaposed with the society of her time. She referred to the character of a cook. In Victorian times, the cook would remain ‘downstairs,’ planning meals and ruling over a large staff. In modern times, the cook would be seen—whether asking to read the paper or seeking advice on a new hat.

Married in 1912, Leo and Virginia Woolf started the Hogarth Press in 1918 to publish their own co-written short story. The success it received led them to continue publishing, seeking out new or unknown writers like Katherine Mansfield (Prelude), T. S. Eliot (Poems) and further their own works, individually and jointly (V. Woolf, Kew Gardens). Hogarth Press’ best-selling author was Vita Sackville-West (The Edwardians), who had a passionate affair with Woolf. Both Sackeville-West and Woolf were part of the Bloomsbury Group.

While she and Leo lived in Bloomsbury, London, Virginia Woolf became part of a group of intellects, artists, writers, and philosophers, who were united by their appreciation of the arts, love, beauty, and the pursuit of knowledge. Their influence and works helped form modern concepts of feminism, pacifism, and sexuality after the Victorian Age. The eponymous group included Virginia and Leo Woolf, Vanessa and Clive Bell, Julian Bell, Adrian Stephen, Lytton Strachey, Duncan Grant, Arthur Waley, Vita Sackville-West, John Maynard Keynes, and Roger Fry.

This group became known for its repudiation of the very public social rituals of the Victorians and its rigid ideas on gender and sexuality. In discarding these Victorian mores, Woolf, and her cohorts, many of who were interrelated or close friends, sought to bring more pleasure into individual private life. This included experimenting sexually and living in non-traditional arrangements.

Her death, in 1941, was initially called a drowning. But further consideration has led to a belief that the cause was suicide, stemmed from a cold reception to her latest work and the stress of living in England during World War II, which included the destruction of her house in London. Woolf filled her coat pockets with stones and walked into the river Ouse.