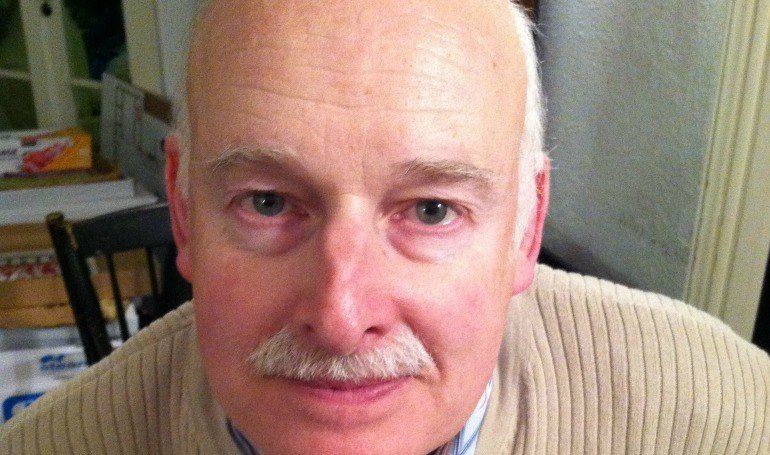 Mark Twain (1835–1910), whose real name was Samuel Langhorne Clemens, was a sometimes-controversial but prolific writer and humorist who authored 14 novels, including two major classics of American literature—The Adventures of Tom Sawyer and The Adventures of Huckleberry Finn – as well as multiple short stories, essays, and non-fiction books.

A professor with dual appointments in English and Education at the University of New Haven, David Sloane has published books and articles about Mark Twain, including Mark Twain as a Literary Comedian (1979) and Mark Twain’s Humor: Critical Essays (1993), among several others.

Simply Charly: A lot of your works deal with Twain’s achievements as a humorist. What was Twain’s contribution to American comedy?

David Sloane: Before Twain, humorists like Washington Irving and other relatively formal writers were considered “acceptable,” but the rougher class of newspaper humorists and popular storytellers were considered too vulgar to be acceptable by polite society and educated readers, even though many educated readers read all sorts of humor. Twain broke through all social barriers with his mixture of common language, reportorial slang, and elevated diction in one speaker—the Mark Twain persona that we associate with the white-suited skeptic of his later days. Because the language and pose were a means by which Twain stated his pragmatic and democratic philosophy in-jokes, he made humor a medium for expressing American attitudes with a bluntness and sarcasm that few writers before him had dared. When he united his pragmatism and democratic philosophy—posed in his jokes—with his ironic posing, and his sarcasm in a literary figure, the eventual outcome was Huckleberry Finn, a naive kid who came to understand that the racism of his culture denied him the most important friendship of his life, with Jim, the Negro slave. Blending classes and levels of language, Twain also blended classes of society and various good and bad social beliefs in his vision. This was a first for American literature and Twain’s merging of all those ways of talking and thinking changed American literature from that time on.

DS: Actually, a character in a Hemingway short story makes the statement, and it refers to Twain’s use of the speech of a seemingly natural American boy of the lower class—what many writers might call the “real,” unadorned speech of the people, rather than a more refined literary speech with all the roughness edited out. Hemingway’s character would have felt this was a more honest form of representation, closer to the life and language of people on the street rather than those in refined drawing rooms which might be considered effete or weak by the white hunter and African guide (and Hemingway the author, if the reader feels that the guide spoke directly for Hemingway himself).

SC: Hemingway also added that the real end of the book is when Jim is stolen away from the boys, and said that “the rest is just cheating.” What was the reason behind the novel’s notoriously lackluster ending?

DS: The real, ugly reason behind the ending of the book is that Twain showed Huck falling back under the influence of Tom Sawyer, who was very happy to abuse Jim as a slave for the fun of it. Instead of Huck getting a “wound” and becoming free of all the ugly condescension of Whites towards Negroes, Huck goes along with a lot of minstrel-show antics. Only after Tom gets wounded and recovers—thanks in part to Jim—does Huck announce his break away from “sivilization,” but, by then, many readers have presumed that Huck’s weakness was a failure of Twain to make his character heroic. Unfortunately, Twain was giving his readers the bad news through his plot. Huck had not become a free grown-up with a mighty social vision. He was still a redneck kid, modified only by his pure heart that learned to overcome his corrupted conscience. That corrupt, racist conscience, however, continued to typify American thinking for another century and is still active today. Huck’s realization, however, might be claimed as a necessary antecedent to the election of Barack Obama as President of the United States, and his final lines in the book make that pretty clear.

SC: One of the hallmarks of Twain’s writing is his use of regional dialect in text. As an expert on applied linguistics, how would you say Twain’s use of dialect set him apart from his peers? Was he accurate to the dialect being used at the time?

DS: Yes, he stated he was accurate to several dialects evident in the region during that time, including a couple of different Black dialects, the vulgar “Pike” dialect of poor whites, and the more refined dialect of educated Whites and Blacks. He was a talented mime in his verbal delivery, frequently performed on the platform, and took a lot of pride in his observation of speech. We tend to forget that all English is some dialect or other. Twain, on the other hand, knew that all variations of dialect offered him opportunities for showing up viewpoints, prejudices, naiveté, and social beliefs, and he adjusted dialects to project these perceptions humorously in a wide variety of characters.

SC: Huckleberry Finn was said to have been inspired by an incident from Twain’s childhood, in which he witnessed a slave being beaten to death by a white overseer. Is this story rooted in fact? Were there any other instances of Twain’s upbringing being expressed in his writing?

DS: My understanding is that Twain knew of an instance where a poor white boy named Tom Blankenship, the son of the town drunkard, befriended a runaway slave on Jackson’s Island in the Mississippi and helped him remain in hiding for some time. Twain may have seen such an event, but he described the slavery of Hannibal as the “mild domestic” kind where vicious abuse and murder was frowned upon. That doesn’t mean he didn’t see such a thing and carry the memory with him. He does not offer such a scene in his localized American writings, but he does in his medieval novels, suggesting he understood the evil but recognized that placing such scenes in his American comic portrayals would very likely lose his popular audience. He wrote a couple of very strong attacks on lynching, one of which appeared in the Buffalo EXPRESS as early as 1869, almost the very beginning of his career.

SC: How did the loss of his wife Olivia and two children to illness affect Twain’s writing in his later years?

DS: He let a lot more of his pessimism about the damned human race crop up in his writing. Some might say he became more bitter, but it might be more accurate to say that the tragic events of his family life overwhelmed his desire to cover up his negative view of humanity by placing his go-getter, professional heroes at the front of the action. He started to show scenes in which human beings were cruel without reason and he did not cover them over with humor. America was also becoming an increasingly international and industrialized nation, and he saw evils in colonialism in Africa and in science using vivisection. He became less and less willing to overlook cruelty as he saw the gentlest people in his own life pass away.

SC: Although Twain never actually said the famous “Censorship is telling a man he can’t have a steak because a baby can’t chew it” quote, he was strongly in favor of freedom of speech – only to have his novels met with heavy censorship even today. What are your feelings on the censorship of Twain’s books?

DS: Twain said that truth is a valuable commodity, and we must economize it. His use of ugly words presented ugly truths. His presentation of evil national behavior in the Philippines caused some to denounce him as an un-American traitor. His use of the “N-word” in the mouth of a lower class Mississippi youngster was too harsh and too accurate for many readers to stomach, so for them, such words and scenes are edited out. Publishers want to sell books and are willing to make compromises to do so, but that seems to be consistent with capitalism generally, so perhaps we should expect censorship, our stated ideals about free speech notwithstanding. Americans do not like their complacency ruffled. Twain’s language and Twain’s portraiture of evil behavior are still unsettling to people who deny the possibility that America or Americans might indulge in horrible actions. Censorship is unlikely to go away anytime soon.

DS: Twain legitimized the voice of average people, the use of slang, and the “pose” or persona of the naive speaker who says funny things without seeming to know that they criticize social beliefs and common practices. That model is essentially the model for stand-up comedy as we now experience it. His immediate predecessor, Artemus Ward (Charles Farrar Browne), used that persona, and when Twain saw Ward doing it, it set him free to create the Mark Twain we now know. Ward and Twain knew each other, and Ward urged Twain to work with him. Twain will always appear more literary than following comedians, although Garrison Keillor has inherited part of his role, and more demanding, although Will Rogers took over some of his political edge. The role he created by combining visionary humor and the popular speech of a seemingly naive commentator put him in a class by himself.

SC: Naturally, you have plenty of experience with Twain’s work, including the lesser-known novels beyond Huckleberry Finn and The Adventures of Tom Sawyer. Do you have a particular favorite Twain work?

DS: Two short stories are really funny, and one is heartbreaking. “A True Story” is Twain’s rewrite of an experience of a former slave mother who is re-united with her lost son. Any reasonable person who reads this story aloud will feel its humor but will also end up with tears in his or her eyes. Whenever I present it as a dramatic reading, I cry real tears as I read the ending; I can’t help it. The other is “Cannibalism in the Cars,” where a bunch of politicians eat each other up using parliamentary rules of order—a very appropriate story for America in 2013. My favorite book is THE INNOCENTS ABROAD about an American reporter who scoffs at Europe and the Holy Land although he really would like to appreciate them; it was Twain’s most widely read book in the 19th century, but to really enjoy it a reader needs to have a sense of what the world was like in 1867.

SC: What are some other Twain-related projects you have coming up in the future?

DS: I am working on Internet courses on Twain, in which I stress the underpinnings of his humor in basic American traits of democracy, capitalism, decency, and disreputable skepticism—traits sometimes called “Western” by critics, but which really describe most of the quality of “Americanness” that we think distinguishes us from other nationalities. What I have to work hardest at, though, is remembering that Twain is a great humorist, and a good reader should laugh out loud a lot when reading his works, even where Twain had his most serious social messages. If you forget that an important dimension of Twain, the social reformer and optimist is likely to get lost. I would like to write a book tracing those strands of American personality through all his works, showing joke by joke how his humor really does demand of us that we be better and more sympathetic human beings. At the moment, I am working on an article that explains why he used the N-word in HUCK FINN and how it affects a reader’s emotional responses to the book.