MAIN MENU
Jean-Paul Sartre Literature Philosophy
Jean-Paul Sartre (1905–1980) was a pioneering intellectual and proponent of existentialism who championed leftist causes in France and other countries. He wrote a number of books, including the highly influential Being and Nothingness, and was awarded the Nobel Prize in 1964, though he turned it down. 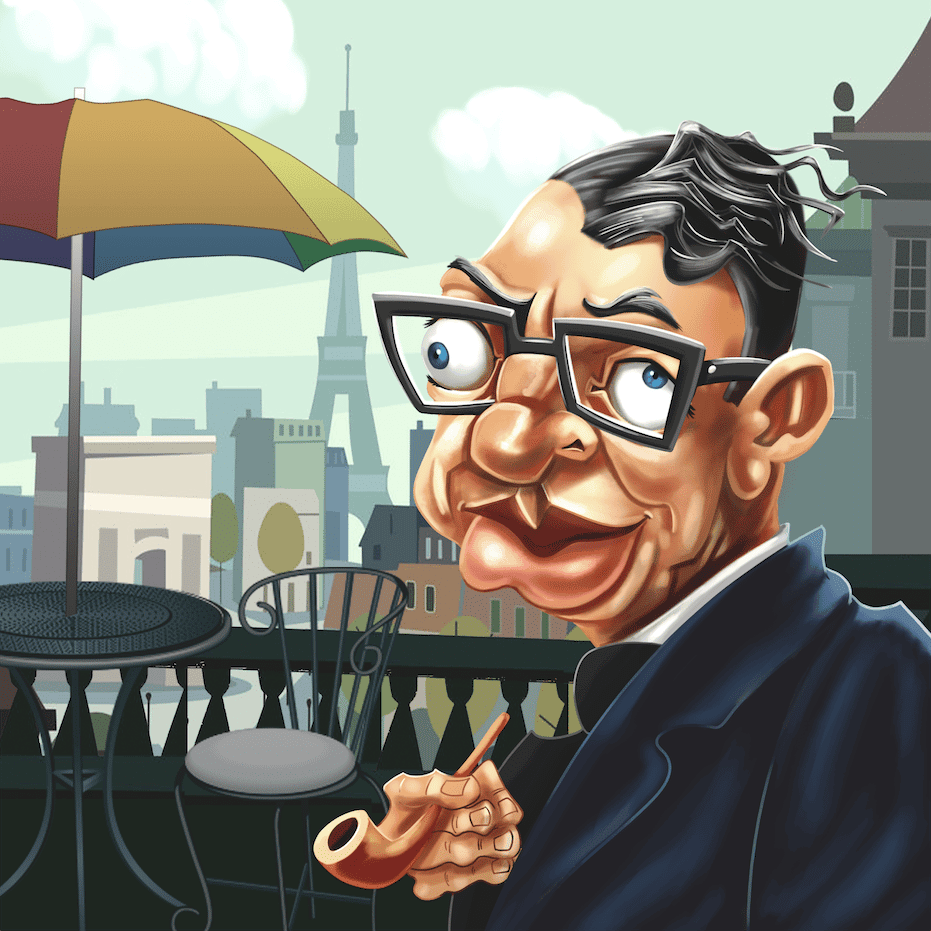 A towering intellectual figure, Jean-Paul Sartre was a philosopher, novelist, playwright, literary critic, journalist, and political activist who grappled with the deepest questions about what it means to be human and had a profound influence on 20th-century thought. His best-known philosophic work, Being and Nothingness, is one of the foundational texts of existentialism.

Jean-Paul Charles Aymard Sartre was born in Paris, France to Jean-Baptiste Sartre and Anne-Marie Schweitzer. His father, who was an officer in the navy, died two years after Sartre’s birth. His mother elected to return to her parent’s home and raised Sartre in Meudon, a Paris suburb. With the help of her parents, Anne-Marie raised her son and provided him with a great education. Sartre’s grandfather, Charles Schweitzer, began instructing him in classical literature at a young age. Books often provided a means of escape from the frequent bullying he suffered as a child.

Sartre was an easily recognizable figure. He suffered from exotropia, a condition that results in the eyes being deviated outward. This condition left Sartre blind in his right eye and the subject of harassment in school.

His mother remarried when Sartre was twelve years old. The new family moved to La Rochelle on the west coast of France. Upon moving, he attended the Cours Hattemer, a private school that produced other well-known alumni. Here, he read an essay, “Time and Free Will,” by the French thinker Henri Bergson that forged his path in philosophy.

He moved on to study at École normale supérieure, from which he graduated in 1929. He earned various credentials in philosophy, ethics and sociology, logic, and other fields of study. While studying, he met Simone de Beauvoir, a student at the University of Paris who would become a French writer, philosopher, feminist thinker, and proponent of existentialism. The two never married because they did not want to conform to cultural norms they deemed far too traditional and oppressive. They maintained an open relationship throughout their long partnership.

In 1931, Sartre began teaching at lycées, French schools designed for students between fifteen and eighteen years. During this part of his career, he became involved in a neo-Hegelian resurgence engendered by the philosophers Alexandre Kojève and Jean Hyppolite.

In 1938 he published his first novel, Nausea, considered one of his best works. The novel follows the story of a historian named Antoine Roquentin. Roquentin takes a retreat to research an 18th-century figure but soon discovers a feeling of nausea when pondering the material world. He soon spirals out of control and begins to believe that he is nonexistent. Written in diary form, the novel laid the groundwork for the principles Sartre would develop as his career matured.

After spending about eight years teaching, Sartre was drafted into the French army during World War II. He served as a meteorologist until being captured by Nazi troops in 1940. During his confinement, Sartre read Martin Heidegger’s Being and Time, which incredibly influenced his views on phenomenological ontology. Following nine months of imprisonment, he was released because of poor health and later obtained civilian status.

Upon being discharged from the army, Sartre returned to teaching, writing, and publishing. His return to civilization brought about defined liberalism, which he incorporated in his political advocacy. For instance, his leftward lean displayed itself in Sartre’s criticism of the French occupation of Algeria.

In his 1943 book, Being and Nothingness, he bolstered his status as a formidable philosopher. Being and Nothingness established Sartre’s thinking on existentialism, free will, psychoanalysis, and the existence of nothingness. Sartre introduced the phrase, “existence precedes essence,” which was well-received among many of his peers. Built upon the works of Søren Kierkegaard and Heidegger, this single phrase would change the way many people would think concerning the issue of free will and the purpose of life.

In 1945, Sartre left his profession of teaching to pursue writing and activism full time. He started his journal called Modern Times, in which he frequently published his ideas. Sartre proceeded to write more novels; however, he quickly abandoned the medium, considering it to be less effective in conveying philosophical thought. He returned to playwriting, which he first ventured into while being a prisoner of war by the Nazis. He wrote numerous plays such as The Flies, No Exit, and Dirty Hands. Each of his scripts was rather dreary, often dealing with the hostility that arose between individuals.

Although his sympathy toward communism grew during the 1940s, his faith in the economic system diminished following the Hungarian Revolution in 1956. He frequently criticized Stalinist ideals and defended his personal view of Marxism in his Critique of Dialectical Reason, published in 1960.

In the same year that he published the Critique, he and Beauvoir traveled to Cuba, meeting with Fidel Castro and “Che” Guevara. Sartre had very high regard for Guevara and upheld him as a righteous revolutionary. After Guevara’s assassination, Sartre remarked that Guevara was the “era’s most perfect man.”

In October 1964, Sartre was awarded the Nobel Prize in Literature for his autobiography, Words, but readily declined the award. He claimed he did not want to transform himself into a bourgeois institution by accepting the prize.

Following this event, Sartre continued writing, working on a large project on novelist Gustave Flaubert that he never completed. He remained active in the political landscape of his day, and during the May 1968 strikes, was arrested. President Charles de Gaulle pardoned him, saying, “You don’t arrest Voltaire.”

Sartre’s health slowly deteriorated throughout the 1970s until he met his end on April 15, 1980, from a case of edema in his lungs. He was seventy-four years old. Tens of thousands of people attended his funeral, all of whom he fought for in one way or another. He desired to be remembered by a few of his works: Nausea, No Exit, The Devil and the Good Lord, the Critique, and his essay “Saint Genet.” “If these are remembered,” he asserted, “that would be quite an achievement, and I don’t ask for more.”