MAIN MENU
Charlie Chaplin Film
A pioneer in the world of cinema, the work of Charlie Chaplin (1889–1977) defined the silent film era. While he was not the only master of physical comedy of the day, his Little Tramp character has become the best-known and most-beloved of the day. He helped to stretch the bounds of filmmaking even before synchronized dialogue was… 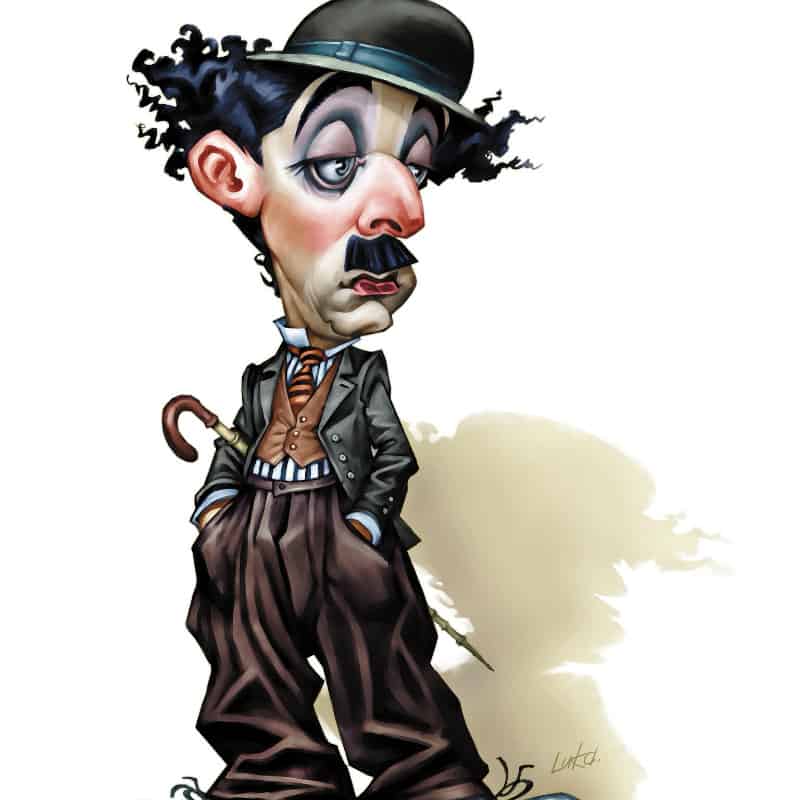 A pioneer in the world of cinema, the work of Charlie Chaplin defined the silent film era. While he was not the only master of physical comedy of the day, his Little Tramp character has become the best-known and most-beloved of the day. He helped to stretch the bounds of filmmaking even before synchronized dialogue was added, doing more with the limited technology of the day than many would have done with twice as much. In addition to his work on-screen, he co-founded United Artists with Mary Pickford, Douglas Fairbanks, and D. W. Griffith, among the earliest filmmakers to seek creative control over their work in an industry that—then and now—has been dominated by financial types.

Charlie Chaplin was born in London to a couple of Music Hall entertainers; his father was an alcoholic who had little contact with the family and abandoned them at an early age. His mother, Hannah Chaplin, was a vaudeville star who went by the stage name Lily Harley. She suffered from mental illness and would later be committed to an asylum.

Chaplin’s career as an entertainer was kick-started by his mother’s: when Chaplin was five years old, Lily suddenly lost her voice during a performance and was booed off-stage. The desperate stage manager, who had heard the young Charlie sing before, pushed him on-stage. Far from terrified, Chaplin wowed the crowd with his voice and natural talent for comedy, marking the beginning of his performing life. Sadly, the start of Chaplin’s career meant the end of his mother. Hannah’s voice never recovered, meaning Charlie and his brother had to begin making money when the former was hardly older than ten years old.

Never losing sight of his dream of becoming a famous actor, Chaplin took up tap dancing and joined a juvenile troupe called the “Eight Lancaster Lads.” After finally getting a chance at legitimate acting in a production of “Sherlock Holmes,” Chaplin began his work as a comedian, eventually heading to the United States in 1910.

While staying in America, he was roommates with fellow Englishman and future film star Stan Laurel. Like many stage and vaudevillian performers, he sought a transition to film, which didn’t require a life spent on the road traveling from venue to venue.

At Mack Sennett’s studio (home to the “Keystone cops” and other films based on zany chase sequences), he developed his signature character, the Little Tramp. The Tramp’s formal attire and false mustache were designed to conceal, in part, Chaplin’s youth he was only 24 at the time. With his baggy clothes, poorly fitting suit, and derby hat set askew, he was an almost instantly beloved figure. Chaplin made more than 30 movies for Sennett in only one year, a rate of fewer than two weeks per movie. He later signed more lucrative contracts with Essanay Studios and the Mutual Film Corporation, each contract giving him more control over his work as producers noted how popular his films were. In fact, in later years many of these shorts would be re-cut, with “new” Chaplin movies made by reassembling old footage in order to take advantage of Chaplin’s popularity.

Harold Lloyd’s genius at physical comedy depended on his conception of dangerous stunts; Buster Keaton’s approach to the craft relied on complex situations, closer to the sitcoms of later decades. While all three men were, more or less, equals at the physical aspects of the job, Chaplin’s gift was that of subtlety. Even at Sennett’s studio, he avoided going over the top – a large part of what made the Tramp so endearing. Chaplin was able to imbue him with a vulnerability that persisted even when the Tramp was hurling bricks at his enemies. Chaplin also relied on his stage experience to improvise in front of the camera—exploring the situation to discover the comedy inherent in it, and generally stayed away from the melodrama that was the hallmark of so much silent cinema.

MOVING UP IN THE WORLD

As a director, the perfectionist in Chaplin demanded excellence of all of his actors. From the smallest role to the star performer, each actor was taken through every scene step by step. Chaplin wanted everyone on the screen to shine in his or her role. He also demanded a unified presence while filming to allow the subtleties of the characters to show through, even without speaking. He controlled every scene with an iron fist to accomplish this. He constantly had sets redone and rebuilt when they were not to his liking. He also would create many variations of each scene, until he found the ones that flowed together well to create the final product.

After working with Essanay and the Mutual Film Corporation, Chaplin co-founded the United Artists studio with a number of filmmakers who wanted more control over their work. Movies were becoming longer, meanwhile, as technology became more sophisticated; Chaplin’s days of 30 shorts a year were behind him, and his output slowed considerably as he made feature-length films with more detailed plots and multiple shooting locations. He was slow to adopt sound; City Lights and Modern Times were both made during the sound era, but he used the technology only to provide a soundtrack and to play dialogue through the radio in Modern Times. He didn’t make his first talkie until 1940, thirteen years after the Jazz Singer: The Great Dictator played on The Little Tramp’s resemblance to German dictator Adolf Hitler, and was one of the few movies to satirize (and vilify) Nazism during the pre-war period when the United States was still at peace with Germany.

The Nazis were far from the only group that Chaplin managed to upset in his life. During the McCarthy era, Chaplin—still a British subject—came under suspicion by J. Edgar Hoover, director of the FBI, and was accused of communist sympathies and un-American sentiments. When Chaplin took a vacation in England in 1952, Hoover had his visa revoked. Five years later, Chaplin produced A King In New York, which viciously satirized the McCarthy-esque politics he had been forced to flee.

Chaplin had a number of wives and lovers, which contributed to his difficulties with the law and respectable authorities. His last marriage was to Oona O’Neill, daughter of the playwright Eugene O’Neill, who was himself five years younger than Chaplin; the marriage caused O’Neill to refuse all contact with his daughter, but the match seems to have been a good one. They remained married for thirty-four years, until Chaplin’s death, and had eight children together. One of their daughters, Geraldine, played his mother in the 1992 movie Chaplin, loosely based on his autobiography.

Disgusted by the reactionary politics rampant in America, Chaplin returned to the US only once, in 1972, to accept an Honorary Oscar. He spent the remainder of his life in Switzerland, and though he wasn’t officially retired, he did very little work. A movie meant to star his youngest daughter was still in pre-production when he died in 1977. Chaplin passed away peacefully in his sleep, but his rest was not undisturbed: in a bizarre twist not unlike Chaplin’s films, his body was stolen from its grave by a pair of Swiss mechanics who meant to ransom it from his family. The body was recovered after police tapped the Chaplins’ phones and traced the ransom calls back to the corpse-nappers. “Charlie would have thought it ridiculous,” said Oona afterward.