MAIN MENU
Bernhard Riemann Mathematics
Bernhard Riemann (1826–1866) is widely regarded as one of the leading mathematicians of the nineteenth century. He developed Riemannian geometry which is the basis for Einstein’s theory of gravitation. He also developed important theories relating to complex analysis, real analysis, number theory, and mathematical physics. 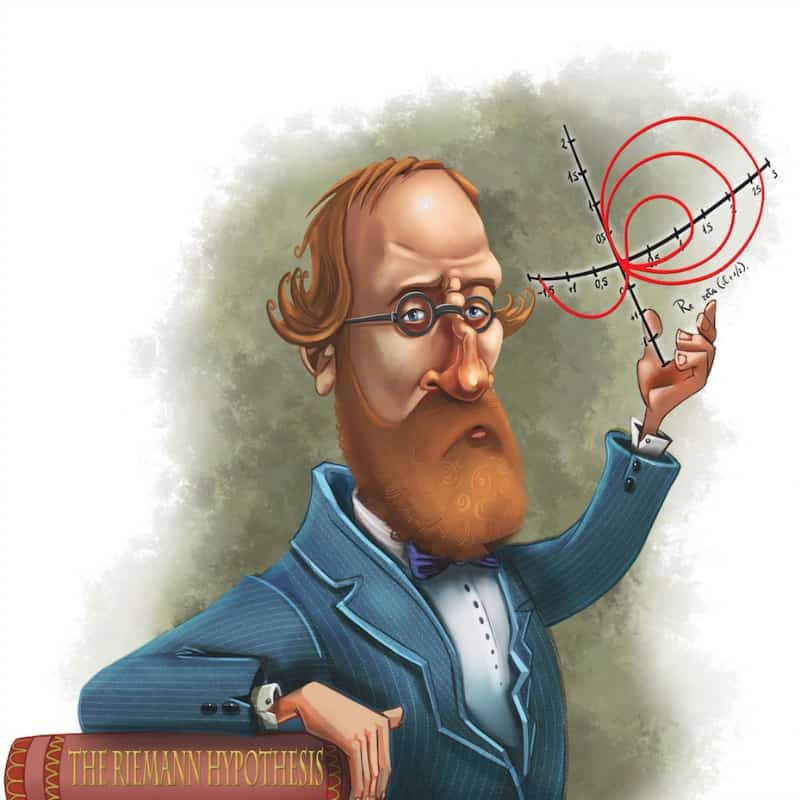 Georg Friedrich Bernhard Riemann was born in Breselenz, in the Kingdom of Hannover (now a part of Germany), on September 17th, 1826. He was born second of six children to Charlotte Ebell and Friedrich Bernhard Riemann, a war veteran who settled down to be a Lutheran pastor in Quickborn. He also taught his children until they were about ten years old. After that, a local schoolteacher named Schultz taught Riemann until he was fourteen years old.

In 1840, Riemann entered the Lyceum gymnasium prep school in Hanover, which he attended for two years before leaving to study at Johanneum in Luneburg. Though his interests lay in Hebrew and theology, a pronounced talent in mathematics emerged. His instructors encouraged this, lending him math books by Euler and Legendre (Theory of Numbers, an 800-word textbook, he mastered within a week).

In 1846, Riemann left Luneburg to study philosophy and theology at the University of Gottingen. This choice was encouraged by his father, who wanted to see a father-son succession of his pastoral career. While there, Riemann attended math lectures and soon asked his father’s permission to change his studies to math and science under Moritz Stern and Carl Gauss.

In 1847, he moved to the University of Berlin, which had a better math program. Here, he had the opportunity to study under Einstein and Dirichlet. They worked on complex variables present in the elliptical function theory, which led to the completion of Riemann’s general theory of complex variables.

In 1849, Riemann moved back to Gottingen for a Ph.D. Wilhelm Weber was now the chair of the physics program, and Gauss helped Riemann develop his doctoral dissertation, which was on his complex function theory. During this time, he also worked on the philosophy of nature and experimental physics. Riemann received his doctorate in 1851.

Riemann also worked as an assistant lecturer, earning his first stipend as a mathematician. His doctoral thesis topic was titled “Representation of a Function by Means of a Trigonometrical Series,” the hardest option given. However, Weber and Gauss were impressed by the depth of his research and presentation, which reflected the Fourier series (mathematical decomposition of periodic functions or signals). Riemann was never made a full professor because he struggled to lecture at a pace slow enough for the students, though in 1859 he was appointed to the chair of mathematics at Gottingen, a position which had been held previously by Dirichlet and Gauss.

He was also appointed to the Berlin Academy of Sciences, for which he produced “On the number of primes less than a given magnitude,” a report that became the foundation of number theory. From this, he developed the Riemann Theory, which has never been proven, but is a powerful geometric equation that solved a number of mathematical problems.

In 1862, Riemann married Elise Koch, and a daughter was born to them. The same year, he caught a cold that developed into serious tuberculosis, from which he died in 1866 at the age of 39.