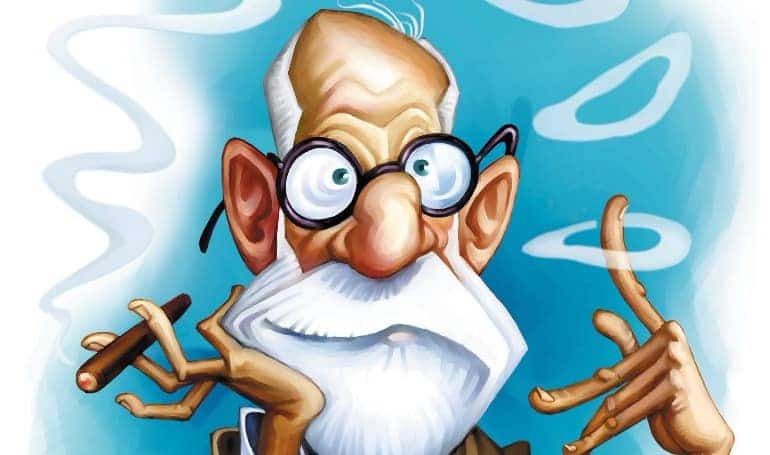 1. As a child, Sigmund Freud was a good student who, aside from his native German, was also proficient in French, Italian, Spanish, English, Hebrew, Latin, and Greek. He loved to read, especially works by William Shakespeare, which helped him understand human psychology.

2. While commonly known as one of history’s most famous psychiatrists, Freud was first and foremost a neurologist.

3. At the University of Vienna, he also studied philosophy as well as zoology.

4. Freud opened his first private practice specializing in nervous and brain disorders in 1886. He charged an astronomical fee of $25 an hour, which would today be equivalent to nearly $4,000.

5. When Germany annexed Austria in 1938, the Nazis burned many of Freud’s books, prompting him to note, “In the Middle Ages they would have burnt me; nowadays they are content with burning my books.”

6. Harassed by the Nazis because he was Jewish, Freud fled from Vienna to London in 1938; his four sisters, however, stayed behind and eventually died in concentration camps.

7. Freud was a scientist and atheist, but that didn’t prevent him from being extremely superstitious. Based on his belief in the properties of certain numbers, he even predicted that he’d die at the age of 51. However, he lived until 83.

8. He started to use cocaine as an experiment to see whether it could cure his friend, Dr. Ernst von Fleischl-Marxow’s dependence on morphine. Freud reportedly stopped talking cocaine after 12 years, while his friend became addicted to it.

9. He immortalized the phrase “Freudian slip,” which he described as “a single unconscious thought, which comes to light through the special blunder.”

10. Since Freud’s death in September 1939, his ashes have been kept in London’s Golders Green Crematorium, in an ancient Greek urn gifted to him by a friend. After his wife Martha died in 1951, her ashes were also placed there. In 2014, the 2,300-year-old urn was severely damaged when thieves tried—but failed—to steal it.