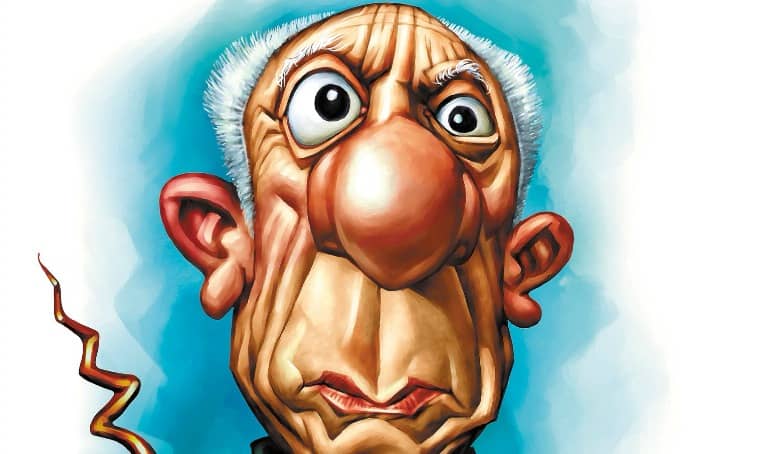 1.Pablo Picasso, born in 1881, held the first exhibition of his work at the age of 13—in the back of an umbrella store. He grew up in an artistic household; his father was a painter and art teacher. A year later, his family moved from his native Malaga to Barcelona.

2. Despite a larger-than-life presence, Picasso stood only 5’4″ tall.

3. In 1900, as a poor painter living in Paris, it wasn’t unusual for Picasso to paint local vagabonds. His choice of primary color would define the years between 1901 and 1904 as his Blue Period, followed, in 1905, by the Rose Period. But when the young artist was exposed to African masks, he began to experiment with more angular representations, morphing into the African-Influenced period in 1908. The following year marked the emergence of Cubism, an art form he co-founded with French painter and sculptor Georges Braque.

4. From 1914 to 1918, Picasso lived in Rome designing stage sets for the Ballet Russes. It was during this time that he met his first wife, Olga Koklova, daughter of a Russian colonel. They were married in 1918, and their son Paulo was born in 1921.

5. Arguably Picasso’s most famous painting, Guernica (1917), poignantly depicts the German bombing of the city of Guernica during the Spanish Civil War (1936 – 1939). It was returned to Spain only in 1981. Previously, it had been on loan to the Museum of Modern Art in New York, where Picasso had expressly wanted it to stay until the end of the Spanish fascist regime. The choice to paint Guernica in black and white was to represent a newspaper photograph.

7. Picasso was as famous for his womanizing as he was for his artwork. Perhaps his most famous mistress was Dora Maar, who was said to have been so depressed by Picasso’s infidelity that she wound up receiving electro-shock therapy. All of Picasso’s paintings of crying women are believed to have been modeled after Dora.

8. One of Picasso’s most famed sculptures, “Bull’s Head,” is made out of spare bicycle parts.

9. Picasso felt that art was to be enjoyed, not analyzed: “Everyone wants to understand art. Why not try to understand the song of a bird? Why does one love the night, flowers, everything around one, without trying to understand them? But in the case of a painting people have to understand. If only they would realize above all that an artist works of necessity, that he himself is only a trifling bit of the world, and that no more importance should be attached to him than to plenty of other things which please us in the world, though we can’t explain them. People who try to explain pictures are usually barking up the wrong tree.”

10. The Guinness Book of World Records named Picasso as the most prolific artist, with an estimated 13,500 paintings, 100,000 prints, 34,000 illustrations, and 300 sculptures. Despite being poor early in his career, and succeeding to great wealth and acclaim, he would refer to his early years in Paris as the happiest in his life. He very appropriately died at his home in France.