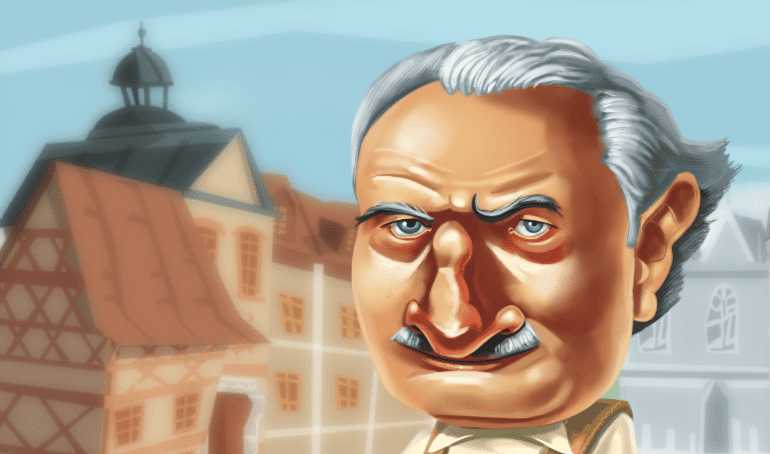 1. One of the most important philosophers of the 20th century, Martin Heidegger (1889–1976) originally studied to become a Jesuit priest at Ludwig University in Freiberg, Germany. However, he eventually changed his major from theology to philosophy and mathematics.

2. Although born into a Roman Catholic family, Heidegger rejected this religion after studying the writings of Protestant thinkers like Martin Luther and John Calvin. He married a Lutheran, Elfride Petri, in 1917.

3. Though unfinished, Heidegger’s seminal work, Being and Time (1927), is considered to be one of the most important philosophical works of the 20th century. In it, he attempted to analyze the concept of “Being.”

4. When the book was published and received critical acclaim in the philosophical community, Heidegger was promoted to full professorship at Marburg University.

5. Heidegger enjoyed spending time at his secluded vacation home in the Black Forest, where some of his philosophical ideas were shaped.

6. Among those who influenced Heidegger and helped his philosophical development were St. Augustine of Hippo, Aristotle, and his former professor at Freiburg University, Edmund Husserl.

7. In the 1930s, Heidegger started recording his thoughts in diaries he called the schwarze Hefte, or “black notebooks.” The first three were published in 2014, creating controversy because they exposed his pro-Nazi stance.

8. Despite his prominence as a philosopher, Heidegger was harshly criticized by many for his support of Adolf Hitler before, during, and after WWII.

9. Although pressured to do so, he refused to distance himself from the Nazi doctrines, proclaiming in one speech: “The Führer is Germany’s only reality and law.”

10. In 1966, Heidegger gave an interview to Germany’s Der Spiegel magazine, where he defended his pro-Nazi views. He stipulated, however, that the interview be published posthumously; it was released five days after his death, on May 31, 1976.