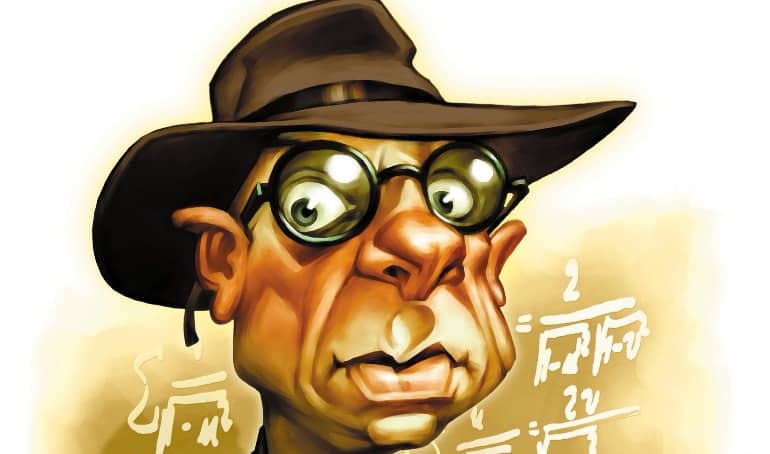 1.Kurt Gödel was born in 1906 in Brunn, Austria-Hungary (now part of the Czech Republic); his parents had him learning multiple languages at the ripe age of 10. Ironically, though, Gödel spoke very little Czech, which, in spite of being a Czech citizen, left him feeling like an “exiled Austrian in Czechoslovakia.”

3. There’s a reason Gödel’s family called him Herr Warum (“Mr. Why”). His father may have owned a textile factory, but he passed down his personal love of mathematics to his young son, who, by the age of 25, developed his “incompleteness theorem,” shaking up the math world of his day.

4. Gödel is responsible for the birth of a whole branch of mathematics called “metamathematics.” This discipline forced mathematical theories back on themselves and dug for a deeper definition, based on what had already been proven.

5. As a matter of fact, the theory of recursive functions presented in Godel’s “incompleteness theorem” serves today as the basis for computing. Gödel’s 1931 article contains numbers that resemble the computer programming language Lisp, not formally developed until 1958.

7. After fleeing the Nazis in 1939, Gödel and his wife settled at the Institute for Advanced Study in Princeton, NJ. There he developed a legendary working friendship with Albert Einstein. The physicist famously claimed that it wasn’t his own work that brought him there later in his career, but rather the privilege of walking to and from the Institute with Gödel.

8. Einstein and Gödel had more in common than their walks together. Gödel did work on relativity theory, finding a new class of solutions, known appropriately as “Gödel Universes.”

9. Gödel developed such an obsession with avoiding contamination that he took to wearing nose and mouth-covering ski masks everywhere he went.

10. Because of his mental illness, in later years Gödel insisted that his wife ritualistically taste his food before he agreed to eat it. When she became hospitalized for six months in 1977, however, Gödel starved himself to death. He died on January 14, 1978, weighing only 65 pounds.