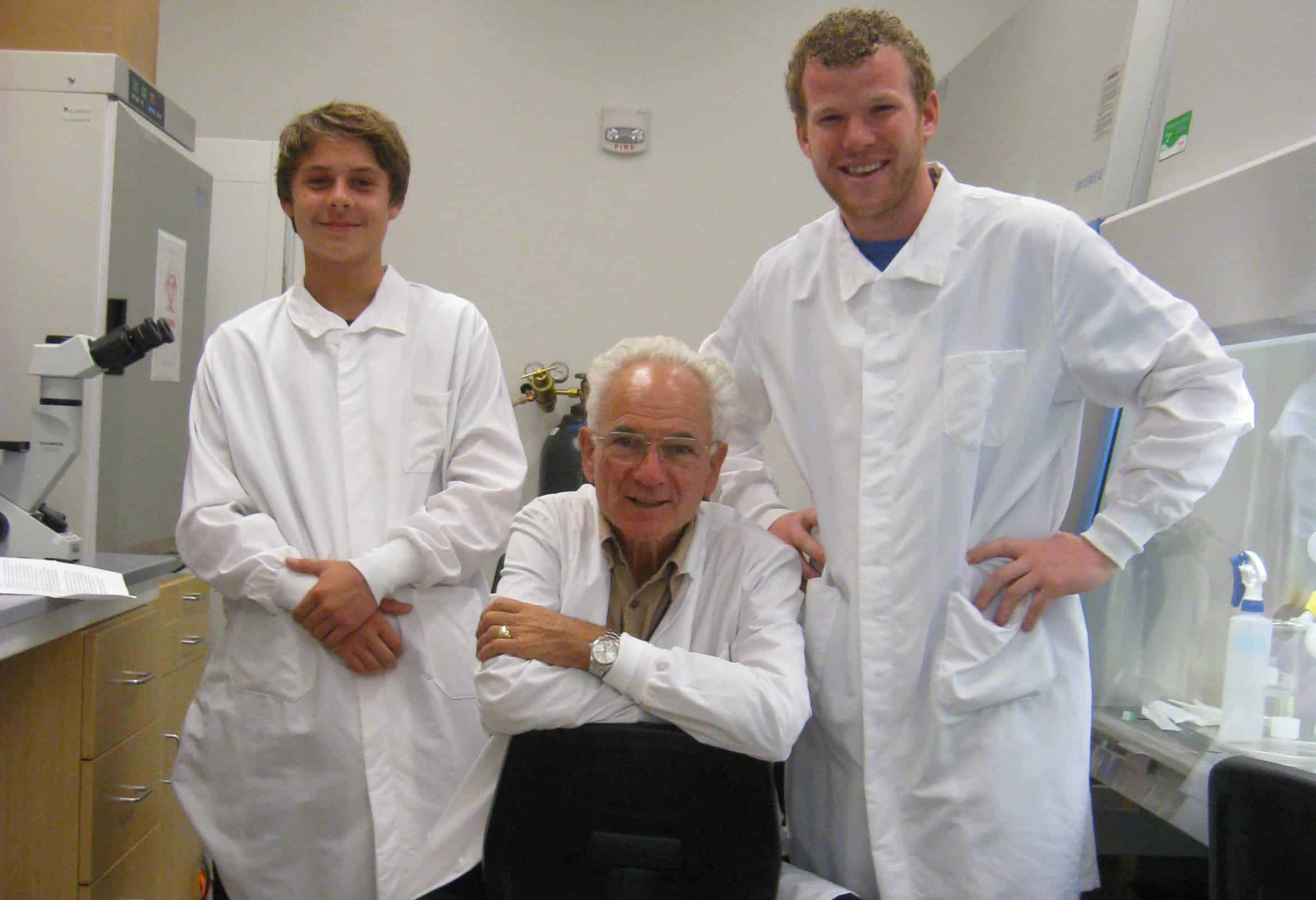 German physician and microbiologist, Robert Koch (1843–1910) is considered the founder of modern bacteriology. He identified the causative agents of tuberculosis, cholera, and anthrax, supporting the concept of infectious diseases.

Peter Duesberg is a professor of Molecular and Cell Biology at the University of California, Berkeley. He has challenged the virus-AIDS hypothesis in various medical and scientific journals.

Simply Charly: German physician Robert Koch’s discovery of the anthrax bacillus in 1876 launched the field of medical bacteriology and led to a “golden age” of scientific discovery. Can you give us a brief background of the medical milieu from which Koch made his most important and enduring discoveries?

Peter Duesberg: Koch is the father of “the germ theory” of disease, which is perhaps the greatest ever success story in medicine and biology. Therefore, it is on the mind of every medical researcher and student as a model for new careers. The germ theory has been the background for the discovery of many microbial pathogens and beyond—meaning efforts to blame non-microbial diseases on microbes—as with AIDS now.

SC: Koch’s postulates, his criteria for establishing whether a microbe and a disease share a causative relationship, have been cited by many in your field as being crucial to the advances of modern medicine. What discoveries did his criteria lead him to discover?

PD: Anthrax was one. But even more important, clinically and epidemiologically, was the discovery of the Tuberculosis bacillus, because tuberculosis was a major cause of death in the 19th and early 20th century in Europe and the US. Mortality from tuberculosis has since been much reduced by improved sanitation, nutrition, and, last not least, by antibiotics.

SC: Aside from Koch’s own discoveries, what are some of the most important advances (including those you have contributed) we’ve made thanks to his work?

PD: The “germ theory of disease” is the sum of it. See Google / Wikipedia for endless examples of pathogenic germs: Syphilis, Pneumococcus, polio, measles, mumps, yellow fever, the plague, the flu, tuberculosis, etc.

SC: In your book Inventing the AIDS Virus (1996) you claim HIV does not satisfy Koch’s postulates, arguing that there is no link between HIV and AIDS. Although other scientists have agreed and disagreed with you that HIV does not fit Koch’s postulates, the consensus among them remains that HIV is the direct cause of AIDS. Could you explain the differences between your beliefs and those of the mainstream scientific community?

PD: Consensus is politics. But Koch’s postulates are science or at least a scientific method.

For example, HIV infects about one million Americans, but only about 30,000 are AIDS patients. In addition, there are numerous “AIDS” patients without HIV. See Inventing the AIDS Virus and the attached paper, “The HIV Gap in National AIDS Statistics.” According to Koch’s postulates, which hold that the causative microbe or virus must be present in all cases of a disease, HIV is not the cause of AIDS.

SC: Can you tell us how HIV fails to meet Koch’s postulates? Where or how does it fail exactly?

PD: Since the discovery of HIV in 1984, it is described as a new (in the US and Europe) sexually transmitted retrovirus that causes AIDS by killing T-cells of the immune system. But although about five million babies are born in the United States every year, there has yet to be a new heterosexual AIDS epidemic in the US or in Europe since 1984. This indicates that sexual transmission of HIV is not causing AIDS.

Also, the HIV-AIDS hypothesis predicts that HIV causes AIDS by multiplying in and killing T-cells—much like all other viruses cause disease. But all efforts to detect and possibly prevent HIV multiplication in AIDS patients have failed. Instead, AIDS patients contain not HIV, but only antibodies against HIV. These antibodies reduce HIV to undetectable levels in AIDS patients. Accordingly, these antibodies should cure AIDS, if HIV caused AIDS. Since HIV-neutralizing antibodies don’t cure or prevent AIDS, HIV is not likely to cause AIDS.

Embed from Getty Images
SC: Koch’s postulates have played a significant role in microbiology, yet many now believe that, with new discoveries, his criteria are out of date. How is it we can still use them to rule out the common belief that HIV does not cause AIDS?

PD: Koch’s postulates are pure logic. Logic will never be “out of date” in science.

SC: Since the publication of your paper Retroviruses as Carcinogens and Pathogens: Expectations and Reality (1987), you have been harshly criticized by mainstream doctors, scientists, and AIDS activists for your beliefs. Why is it that the mainstream scientific community remains unconvinced?

PD: It is my experience as a professor at the University of California at Berkeley that in order to survive as a researcher in academia and in the pharma industry, and in order to publish your research in prestigious journals, you have to be “convinced” by the scientific mainstream. There are no funds for research by dissidents from the National Institutes of Health, no advancements in their academic career at universities, and no publications in prestigious journals. Survival and “professions” of researchers under these conditions automatically form a very tight “mainstream scientific community“ that “remains unconvinced” by dissidents.

Ask AIDS mainstream leaders such NIH’s Anthony Fauci, Robert Gallo, Harold Varmus, and others, how many HIV-AIDS dissidents they have funded.

Some additional answers are in Inventing the AIDS Virus and in newer papers of ours such as, “AIDS since 1984: No evidence for a new viral epidemic—not even in Africa (2011)”.

SC: In 1994, Dr. Robert Willner (1929-1995) injected himself with HIV positive blood at a press conference in Greensboro, North Carolina to prove that HIV is not spread through blood. He believed he wasn’t taking any personal risk. What do you make of his experiment? Do you believe there was no risk of him contracting HIV?

PD: Willner didn’t get AIDS, as far as I know.

Consider this: Most vaccines are infections, yet the development of vaccines depends ultimately on infections of humans to test their value. And besides that, one million Americans are “infected” by HIV, but only about 30,000 per year have AIDS. And practically all of those are subject to non-HIV “risk factors.” See “AIDS since 1984: No evidence for a new, viral epidemic–not even in Africa.”

And where is the sexually / hetero-sexually transmitted AIDS epidemic predicted by the AIDS establishment in 1986?

SC: Throughout history, challenging the generally accepted consensus has proven to be a crucial part of scientific discovery, not just in microbiology but in all scientific fields. But with Dr. Robert Willner, Nobel Prize-winning biochemist Kary Mullis, and others including yourself being denounced by the scientific community, we must ask why is there such a stigma behind asking if HIV and AIDS are truly linked?

PD: The HIV-AIDS hypothesis was and still is the biggest single biological project in history involving a large majority of highly prestigious scientists (See Confronting AIDS by the National Academy of Sciences and the Institute of Medicine), two Nobel prizes in Medicine, and billions of dollars in funding from the NIH, Bill Gates and others. Yet nothing came out of it! One would say in business or politics, this project was and is too big to be wrong. To paraphrase Max Planck, science has to wait for the present generation to die out, before it is open for an unbiased re-evaluation of HIV-AIDS.

SC: It’s now been over 20 years since your book, Inventing the AIDS Virus, was released, and 30 years since your paper “HIV is Not the Cause of AIDS,” appeared in Science (1988). Has your position changed in light of recent research?

PD: No. The “light of recent research” on AIDS has failed to illuminate the HIV-AIDS hypothesis.

SC: Koch’s postulates have played an important role in microbiology, yet they have major limitations. For instance, viral diseases were not yet discovered when Koch formulated his postulates, and there are many viruses that do not cause illness in all infected individuals, a requirement of the first postulate. Additionally, the causal agent of cholera, Vibrio cholerae, can be found in both sick and healthy people, invalidating his first postulate. How do you reconcile such contradictions?

Koch was aware of asymptomatic infections (fulfilling the first postulate), and thus formulated the second and third postulates.

A huge example of asymptomatic infections, matching only the first postulate, are the one million “HIV-positive,” but AIDS-fee Americans listed by the Centers for Disease Control since the beginning of the HIV-AIDS hypothesis.

Thus, there is no contradiction in Koch’s postulates—only flawed, wishful thinking of the HIV-AIDS establishment that HIV causes AIDS.

AIDS since 1984: No evidence for a new, viral epidemic—not even in Africa

Sequence-based identification of microbial pathogens: a reconsideration of Koch’s postulates