MAIN MENU
Interview Ludwig Wittgenstein Philosophy
Thanks to his groundbreaking work in logic, the philosophy of mind, mathematics, and language, as well as two published works, Tractatus and Philosophical Investigations, Ludwig Wittgenstein (1889-1951) played a leading role in the 20th-century analytic philosophy. 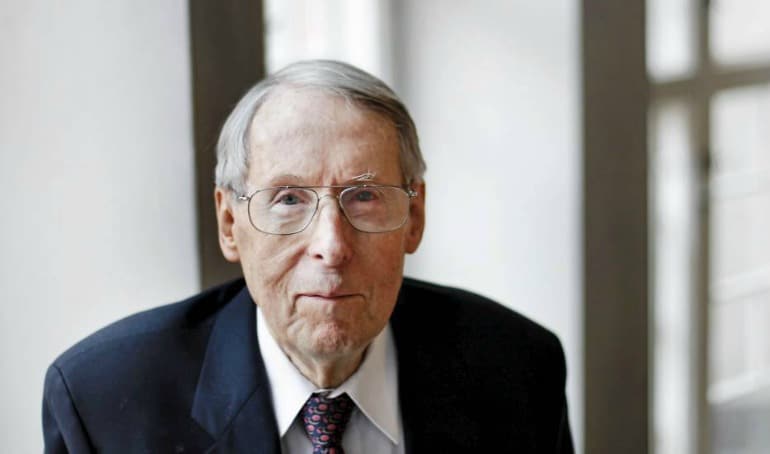 Thanks to his groundbreaking work in logic, the philosophy of mind, mathematics, and language, as well as two published works, Tractatus and Philosophical Investigations, Ludwig Wittgenstein (1889-1951) played a leading role in the 20th-century analytic philosophy.

Jaakko Hintikka is Professor of Philosophy at Boston University. Author of over 30 books, he is the main architect of game-theoretical semantics and of the interrogative approach to inquiry, and also one of the architects of distributive normal forms, possible-worlds semantics, tree methods, infinitely deep logics, and the present-day theory of inductive generalization.

Simply Charly: Ludwig Wittgenstein was influenced by other philosophers like G. E. Moore and Bertrand Russell, but they were his contemporaries. Was he in any way influenced or inspired by leading philosophers (or philosophies) of the past and if so, which ones?

Jaakko Hintikka: One can speak of “influences on Wittgenstein in two different senses. The ten thinkers (not all of them philosophers) that he at one time listed as having “influenced” him were the ones who inspired him by challenging him; not the ones whose views he agreed with. He also adopted, typically without acknowledging it and perhaps not even being aware of it, certain general ways of thinking, from thinkers like Frege, Moore, Russell, and Mach. No great philosophers of the past seem to have influenced him in either sense, with the possible minor exception of Schopenhauer.

SC: Wittgenstein claimed the Tractatus solved all the major problems of philosophy. But his later work, the Philosophical Investigations, advances different philosophical ideas. Which of the two works, in your view, better represents the true essence of Wittgenstein, and which one resonates with you personally?

JK: The “essence” of Wittgenstein, what “resonates” with me personally in his work, is the dynamics of his thinking. This dynamic is not represented by any set of ideas, whether early or late ones, but by the development of his philosophy. I am especially fascinated by the glimpses Wittgenstein’s notebooks offer of how he came to think of new ideas.

SC: A follow-up question: is it common for philosophers to pursue a different path from the original one, as new thoughts and theories emerge over time?

JK: I doubt that any major philosopher has ever fundamentally changed the direction of his or her main pursuit, and I don’t think Wittgenstein was an exception, either. 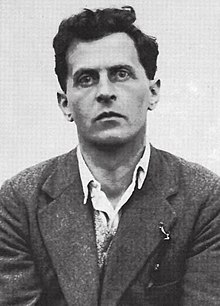 SC: You are one of 31 philosophers who has been featured in the Library of Living Philosophers since its inception in 1939. However, Wittgenstein is not. Do you know why, since he is considered one of the most influential thinkers of the 20th century?

JK: The format of The Library of Living Philosophers volume is that some twenty-plus leading thinkers write studies of the different aspects of the subject’s published work, whereupon he or she responds to each essay. In Wittgenstein’s lifetime, not a single line of his thought after 1920 was available in print that he had not repudiated. Furthermore, I doubt that to this day there have been twenty published papers to which Wittgenstein would have been willing to respond. In his lifetime, he rejected violently even the most favorable published interpretations of his work.

SC: In “An Intellectual Autobiography” you write: “I have never understood the importance that many people associate with the different ‘schools’ or ‘movements.’ Such terms make sense only when the philosophers and/or scientists in question actually interact, as, for instance, in the Vienna Circle, but such an interaction does not imply very much by way of shared doctrines or other shared philosophical views.” This brings up two follow-up questions: since the Vienna Circle disbanded in the late 1930s, have there been other similar forums for the exchange of ideas, and do such forums usually lead to the meeting or divergence of the minds?

JK: I do not think there has been after the Vienna Circle, a comparable group of personally collaborating thinkers. However, there have been intensively interacting but unorganized configurations of philosophers. From my own experience, I can, for instance, recall an Oxford in the late fifties and the “West Coast semanticists” (Montague, Partee, Scott, Kaplan, Perry, Barwise, Follesdal, Hintikka, etc.) in the late sixties and seventies. Undoubtedly there have been others, for instance, the Paris of Sartre and Merleau-Ponty. All these have contributed to the development of philosophy, but I don’t think unanimity has ever been an intended or actualized end of such interactions.

SC: In the same work, you refer to Wittgenstein’s dyslexia, saying, “Dyslexia is vitally important for the purpose of understanding his thought.” In what way?

JK: Wittgenstein, the philosophical writer, becomes much easier to understand when one realizes that he wrote like a person with dyslexia. The possible influence of dyslexia on his philosophy is a subtle question. The main case in point is probably Wittgenstein’s thinking about rules. A dyslexic person often finds it difficult to recognize explicit rules even when he or she is following them. This heightened Wittgenstein’s awareness of the problem as to how it is that an expressed rule guides us when we follow it.

SC: You also state: “I do not hesitate to acknowledge Wittgenstein’s influence on my thinking, even though I have become sharply critical of several of his main views.” Which of his views are you critical of, and why?

JK: For instance, I do not believe that semantics is inexpressible, that we in the last analysis follow rules “blindly” (Wittgenstein’s expression), or that we cannot recognize directly the rule we are following. Why? See my books and papers!

JK: Not any one part, but the very idea. For Wittgenstein, “language-games” constitute the semantical links between language and reality. Game-theoretical semantics can be said to arise by applying to language-games the general mathematical theory of games, especially the concept of strategy.

SC: You regularly teach graduate-level courses at Boston University. Is the field of philosophy popular among young people today, and is it seen as useful and applicable to their lives, or merely as interesting in a passive way?

JK: I do not really know what impact (if any) philosophy has on young people today. I do know that conveying to them skills and habits of critical reasoning (including ethical reasoning) can make a deep impact on them intellectually and morally. I saw that influence, especially strikingly in some of the students of the late Merrill Hintikka.

SC: What are the emerging philosophy trends today, and do they relate to Wittgenstein at all?

JK: I am not a good trend-spotter, but even so, I find in the world of philosophy today a singular lack of new ideas that really promise something constructive. The soi-disant Wittgensteinians—for instance, the ones known as “new” Wittgensteinians—certainly are not providing us with any. Of course, I am trying to create new breakthroughs, but others have to judge the degree of my success.