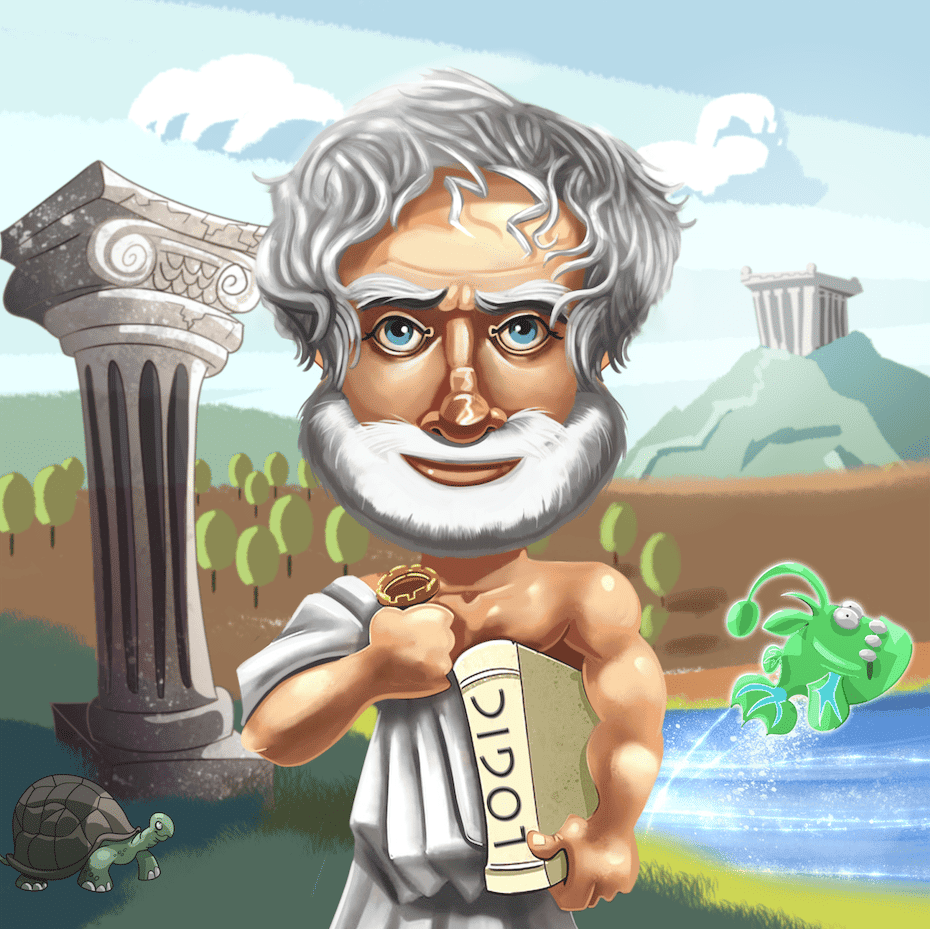 1. Aristotle (384 B.C. – 322 B.C.)—one of the West’s most influential philosophers—was born in Stagira, Chalcidice, in the year 384 BCE. His father, Nichomachus, was the royal doctor to Amyntas III and his mother, Phaestis, was a midwife.

2. Both parents died by the time Aristotle was about 13 years. Proxenus of Atarneus took the young orphan in for a short period before sending him to Plato’s Academy in Athens, where he would diligently study for 20 years.

3. From reasoning to rhetoric, Aristotle wrote on a large variety of topics. Despite his vast array of writings, only 31 of his 200 works are still in circulation today.

4. Aristotle’s teaching method was certainly unique. As opposed to standing in front of his students and lecturing, he walked around the school’s vicinity and taught as his students followed behind. For this reason, his students were colloquially called “The Wanderers.”

6. Aristotle spent a lot of time considering what made someone truly good. One of his propositions was that all good people knew how to have a conversation. Good conversational traits, according to his philosophy, were wit and a great sense of humor. For Aristotle, laughter was of the essence.

7. He believed that moral goodness results from habit. If someone is morally askew, we should not punish them for their shortcomings but provide them with better teaching and guidance.

8. Aristotle thought that there were three classes of friendship: fun friendships, strategic friendships, and true friends. For Aristotle, a true friend is someone who deeply cares for you and empathizes with you in your suffering.

9. Aristotle invented rhetoric, the art of persuasion. His general advice to public speakers and writers was to recognize your audience’s emotions. By doing so, you establish a relationship with them. After this, state your points, then illustrate them in order to instruct your audience on how to apply what they have learned properly.

10. During the year 322 BCE, Aristotle died in Chalcis, Greece, after suffering from digestive issues. He asked to be buried beside his wife, Pythias. His works would be nearly forgotten as they were stored in a cellar for almost two centuries. His philosophy would see a resurgence around 100 BCE and would greatly influence medieval scholasticism and thought.