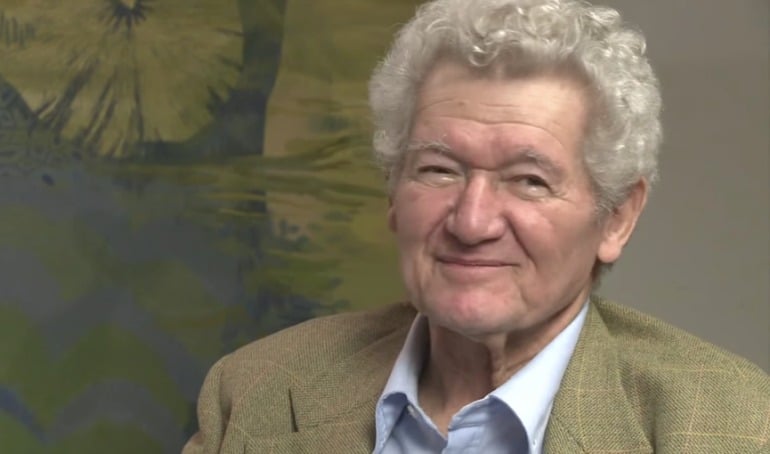 "The Most Powerful Brain": Peter Lax on the Life and Genius of John von Neumann

John von Neumann (1903–1957) was a brilliant mathematician and pioneer of the modern computer. His groundbreaking work Theory of Games and Economic Behavior co-authored with Oskar Morgenstern has become a classic work upon which modern-day game theory is based.

Peter D. Lax is Professor of Mathematics at the Courant Institute of Mathematical Sciences at New York University. He is the recipient of the 2005 Abel Prize of the Norwegian Academy of Science and Letters.

Simply Charly: You are one of the very few people today who knew John von Neumann on a personal and professional level. How did the two of you first meet?

Peter Lax: I arrived with my family in the US in December ’41; I was 15 years old. I had already shown interest and talent by solving elementary but difficult mathematical problems. I have brought with me letters of introduction to von Neumann from my tutors Rozsa Peter and Denes Konig, asking him to pay attention to my mathematical development. Von Neumann suggested that after completing my high-school education, I study at Columbia. I received far better advice from the distinguished mathematician Szego (Mrs. Szego was a cousin of my mother) that I study at NYU with Richard Courant, who is very good at looking after young people. This was the best advice I ever got.

SC: As a groundbreaking mathematician yourself, you’ve had the privilege of seeing the field of mathematics develop and evolve throughout the past century. What, in your opinion, was von Neumann’s greatest contribution to the field? Has your own work been influenced by any of his ideas?

PL: Von Neumann had made many great contributions to mathematics; it is hard to call any of them his greatest. I was deeply influenced by his work on the stability of difference schemes about which I learned while serving at the Los Alamos Laboratory.

SC: You have referred to von Neumann as the “prophet of the age of technology.” Could you give some examples of technological or scientific developments that von Neumann predicted?  What made von Neumann capable of such foresight?

PL: Von Neumann had one of the most powerful minds; the distinguished nuclear physicist Hans Bethe had called it, only half in jest, an upward mutation of the human mind. In his work during the war on nuclear weapons, he saw that one cannot design an atomic bomb by trial and error but has to be able to design it by mathematical computations. He saw that these calculations would be so complex that they could only be carried out by computers. During the war, they were carried out by computers improvised from tabulating machines. This led to von Neumann’s deep interest in computers; he saw that computers were essential not only for designing weapons but for all design problems in every branch of high technology.

The public is not aware of the genius of von Neumann and the importance of his ideas in shaping the modern world.

SC: It’s certainly true that for being such a tremendously influential figure in 20th-century mathematics, von Neumann isn’t remarkably well-known today. Why do you believe this is? Why did von Neumann fail to make as large an impact in the public eye as, say, Albert Einstein or even Alan Turing?

PL: It is a mystery to me why von Neumann isn’t a household name among educated people. The most powerful brain, father of the modern computer, uncle of the atomic bomb—this is the stuff of legends! And he was a legend in his lifetime among those who knew him.

Perhaps an article in the New York Times on some anniversary could start the ball rolling.

SC: When discussing the ubiquity of computers in a 2005 interview with the New York Times, you mentioned that although von Neumann could see very far, he died in 1957 and did not live to see transistors replace vacuum tubes. You seem to be implying here that it’s difficult to discern what von Neumann would make of computers today due to his death happening so long ago; is this accurate? Technologically speaking, have we reached a point beyond von Neumann’s capability to imagine back in the 1950’s?

PL: Von Neumann died at age 54; he did not live to see the invention of transistors and the vast technology they made possible. If he were around today, he would be delighted to see how computers and computing are shaping modern life.

SC: In general, do you feel that historians and biographers have adequately represented Von Neumann? Are there any common misconceptions about his life and work that you’d like to clear up?

PL: Von Neumann is sometimes portrayed as advocating preventive war before the Soviet Union acquired nuclear weapons. I don’t believe this is true; he speculated on the possibility but did not advocate it.

SC: Von Neumann was essentially the founder of game theory, a logical framework that has since been applied to economics, war, psychology, and even biology. How did von Neumann first get interested in game theory? Would you say that von Neumann’s support of mutually assured destruction during the Cold War was itself a form of game theory?

SC: In the early 20th century, von Neumann was instrumental in helping to develop the then-emerging field of quantum mechanics. How did von Neumann’s approach towards quantum theory differ from his contemporaries such as Paul Dirac? How did von Neumann’s use of a mathematical framework allow him to make discoveries in the field?

PL: Von Neumann has put the formulation of quantum mechanics on a rigorous basis. For instance, he replaced Dirac’s intuitive but imprecise notion of the delta function by rigorous mathematics (Laurent Schwartz accomplished the same thing by his theory of distribution).

SC: Von Neumann will always be best remembered as a mathematician, but he was also an important political consultant and vital contributor to the Manhattan Project. How did von Neumann feel about the use of the atomic bomb on Nagasaki and Hiroshima? What, in your opinion, is the cultural role of mathematicians and scientists when it comes to politics and warfare?

PL: My feeling about the use of atomic bombs in Hiroshima and Nagasaki is that they were necessary to end the war, and that thereby they saved many more lives, on both sides, than would have been destroyed in an invasion of the Japanese mainland. Remember the fanatical defense by the Japanese of the island of Tarawa.

Scientists and mathematicians have no special role in politics, except in the very rare case that they have information not available to the general public.