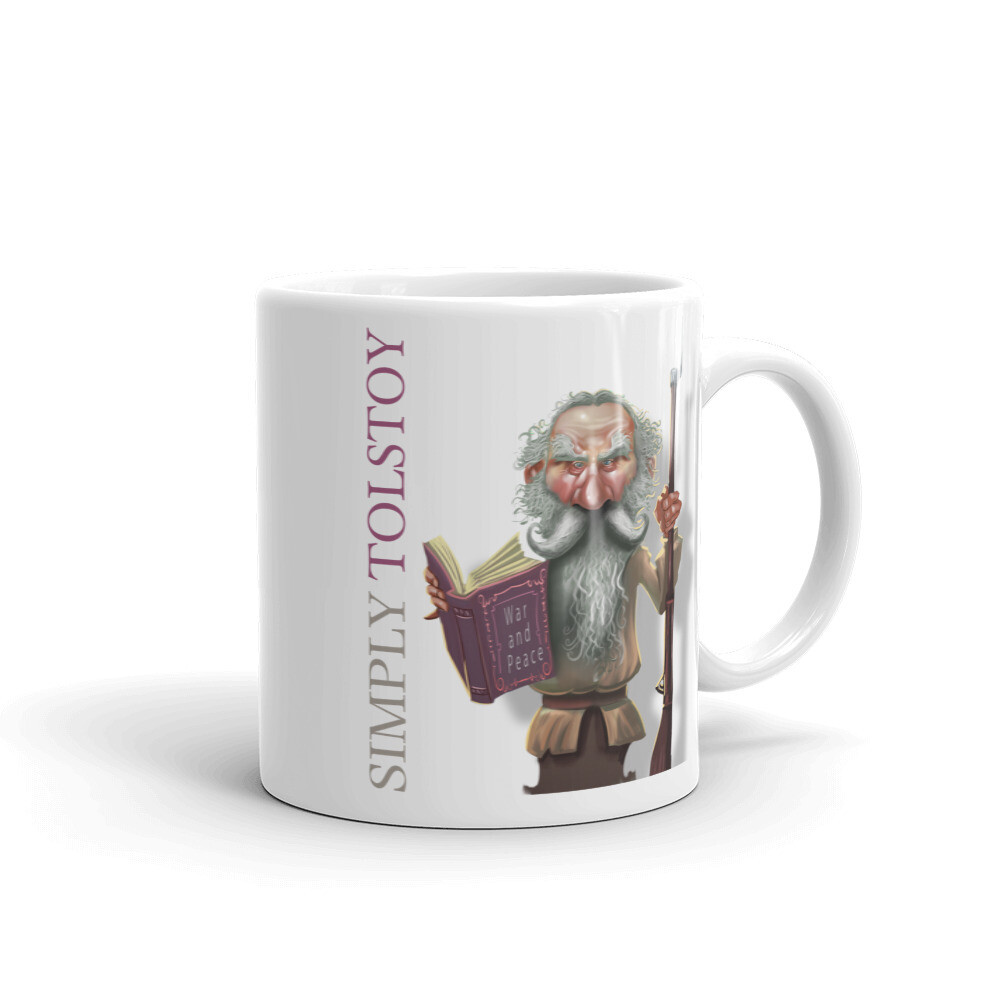 SKU 17522
$15.95
In stock
1
Product Details
Generally recognized as one of the greatest writers of all time, Leo Tolstoy (1828–1910) led a life that was largely uneventful outwardly, while inwardly it was marked by deep emotions and a constant quest for meaning. This ferment was reflected not only in his journey from a privileged member of the nobility to a pacifist and ascetic, but also in his writing, which includes two of the world’s best-known novels. Whether you're drinking your morning coffee, evening tea, or something in between – this mug's for you! It's sturdy and glossy with a vivid print that'll withstand the microwave and dishwasher. • Ceramic • Dishwasher and microwave safe • White and glossy
Save this product for later
Display prices in: USD