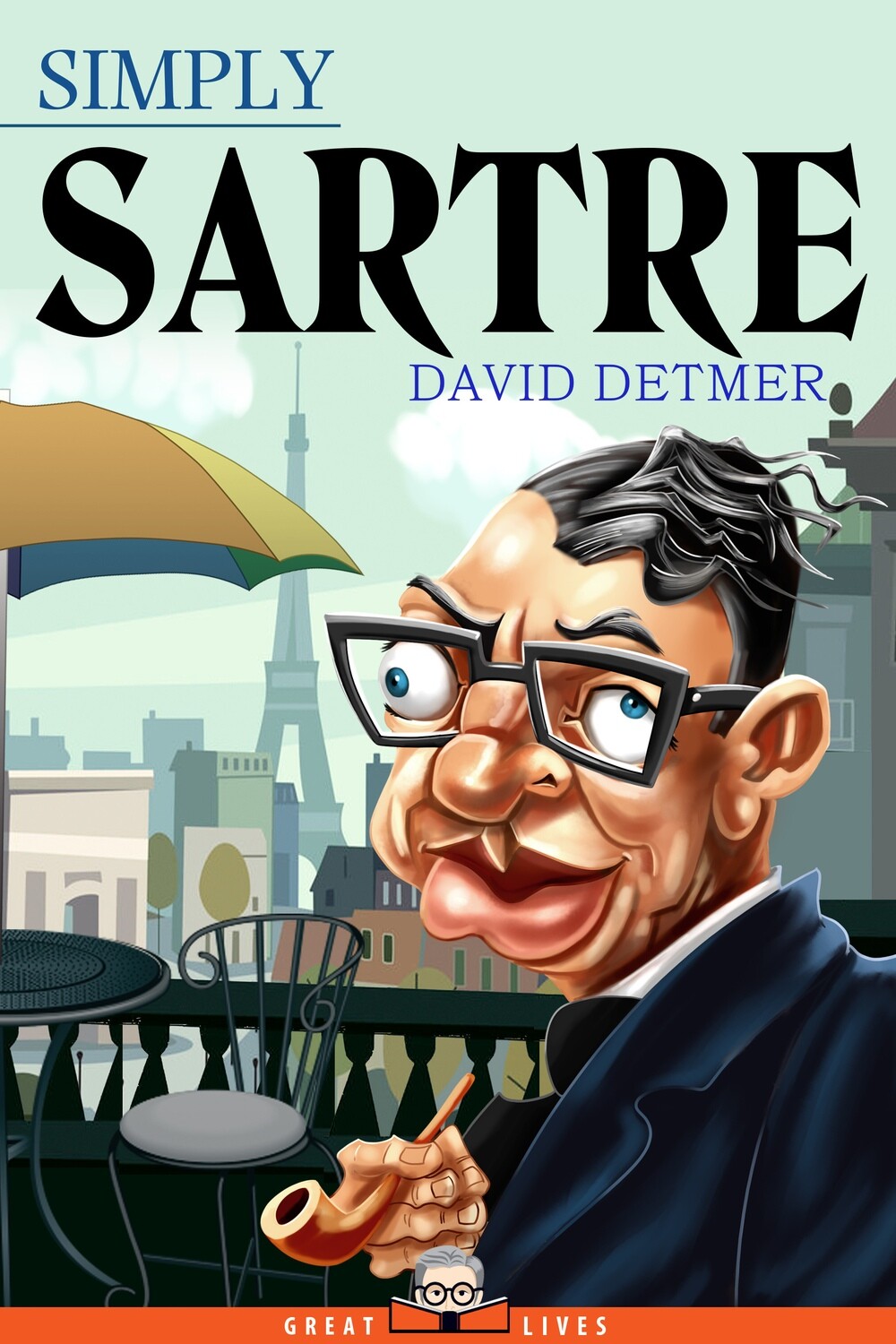 Born in Paris, Jean-Paul Sartre (1905-1980) was largely raised by his mother and his maternal grandparents after his father died when he was two. He attended the renowned École Normale Supérieure, where he studied psychology, philosophy, ethics, sociology, and physics. In 1929, he met Simone de Beauvoir, who went on to become a celebrated feminist writer and philosopher, with whom he had a lifelong intellectual and romantic relationship. After serving briefly in the French army during World War II and spending nine months as a prisoner of war, Sartre lived under the Occupation in Paris, where in 1943 he wrote his best-known philosophic work, Being and Nothingness, one of the foundational texts of existentialism. Following the war, and for the rest of his life, Sartre was deeply engaged in left-wing, anti-colonialist politics, while producing a prodigious number of plays, novels, philosophical works, and critical essays. With the popularization of existentialism in the 1960s, Sartre became a household name, and his celebrity (or notoriety) was heightened in 1964 when he declined the Nobel Prize in Literature.

In Simply Sartre, Professor David Detmer tells the story of Sartre’s life and work, focusing on the contemporary relevance of his ideas—ideas that maintain their power to inspire, entertain, enlighten, and enrage. Uniquely, Prof. Detmer covers all periods of Sartre’s career and his many different kinds of works, providing the general reader with the opportunity to fully appreciate Sartre’s many contributions to intellectual and political thought.

For anyone interested in one of the towering figures of the twentieth century or the development of a philosophy that lies at the heart of modern human experience, Simply Sartre is an indispensable biographical work.

David Detmer is Professor of Philosophy at Purdue University Northwest. His many books include Phenomenology Explained (2013), Sartre Explained (2008), Challenging Postmodernism (2003), and Freedom as a Value (1988), which received a Choice "Outstanding Academic Titles" award in philosophy. Detmer has also written articles and book chapters on such topics as vegetarianism, the Beatles, the death penalty, Woody Allen, U.S. foreign policy, and modern art. He is a past president of the North American Sartre Society, and for eleven years was executive editor of the journal Sartre Studies International.