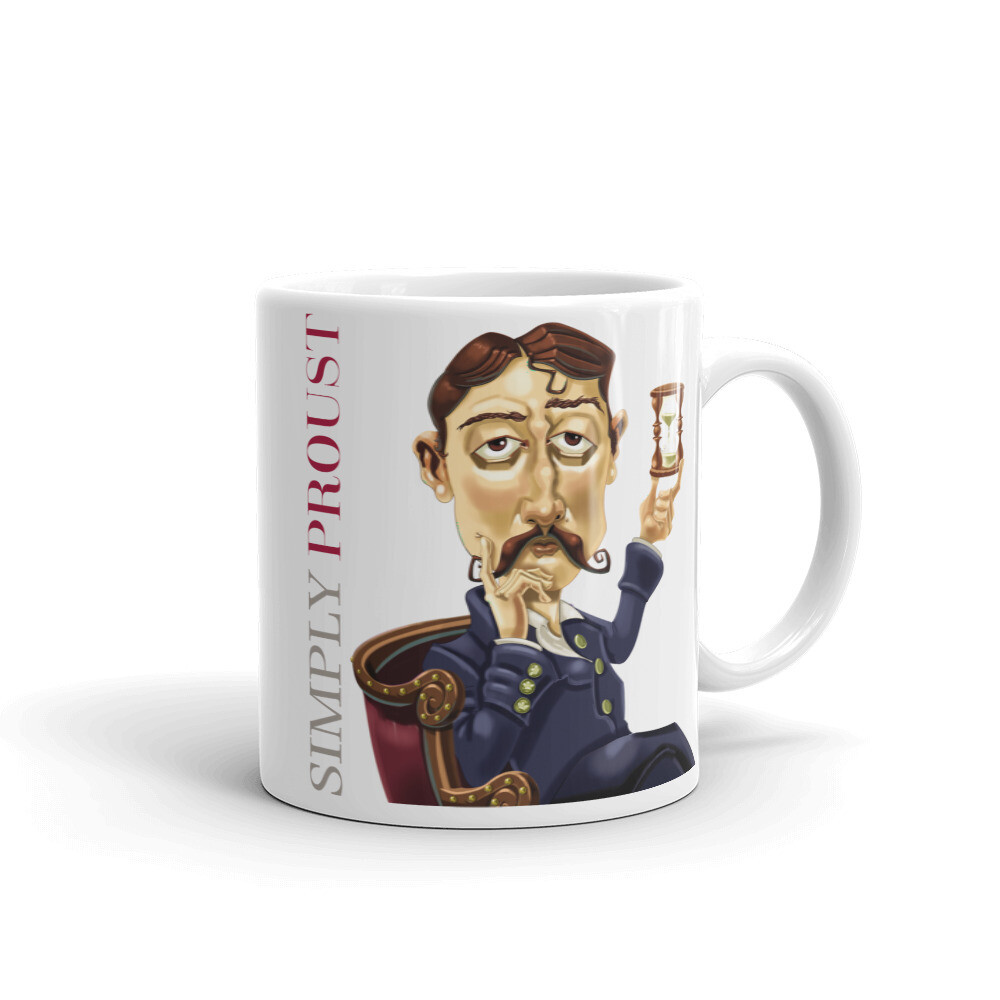 SKU 17366
$16.00
In stock
1
Product Details
Marcel Proust (1871–1922), born into a wealthy French family, started his writing career covering the exclusive Parisian drawing rooms. Proust was half-Jewish, which led him to support Alfred Dreyfus during the infamous anti-Semitic affair. Upon the death of his mother, Proust began a voluntary seclusion that led him to write the seven-part work, "In Search of Lost Time," or "Remembrance of Things Past." Whether you're drinking your morning coffee, evening tea, or something in between – this mug's for you! It's sturdy and glossy with a vivid print that'll withstand the microwave and dishwasher. • Ceramic • Dishwasher and microwave safe • White and glossy
Save this product for later
Display prices in: USD