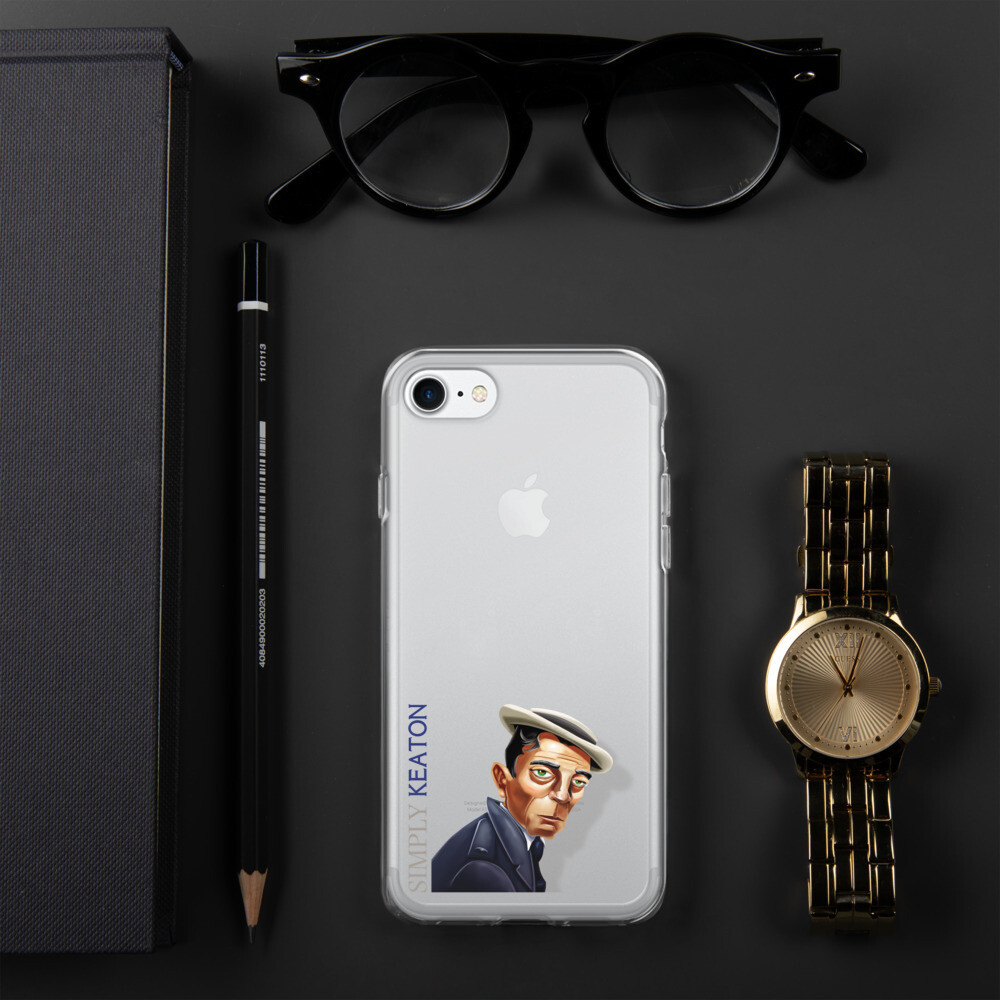 SKU 17436
$20.00
In stock
1
Product Details
Considered one of the greatest comic actors of all time, Buster Keaton (1897–1966) came to prominence during the silent film era. Known for his death-defying stunts and deadpan expression (they called him “The Great Stone Face”), Keaton was so dedicated to his art that he refused to fake a stunt or repeat a joke. His influence on physical comedy is rivaled only by Charlie Chaplin. This sleek iPhone case protects your phone from scratches, dust, oil, and dirt. It has a solid back and flexible sides that make it easy to take on and off, with precisely aligned port openings. • BPA free Hybrid Thermoplastic Polyurethane (TPU) and Polycarbonate (PC) material • Solid polycarbonate back • Flexible, see-through polyurethane sides • .5 mm raised bezel • Wireless charging compatible • The SE case fits the 2020 iPhone SE model
Save this product for later
Display prices in: USD