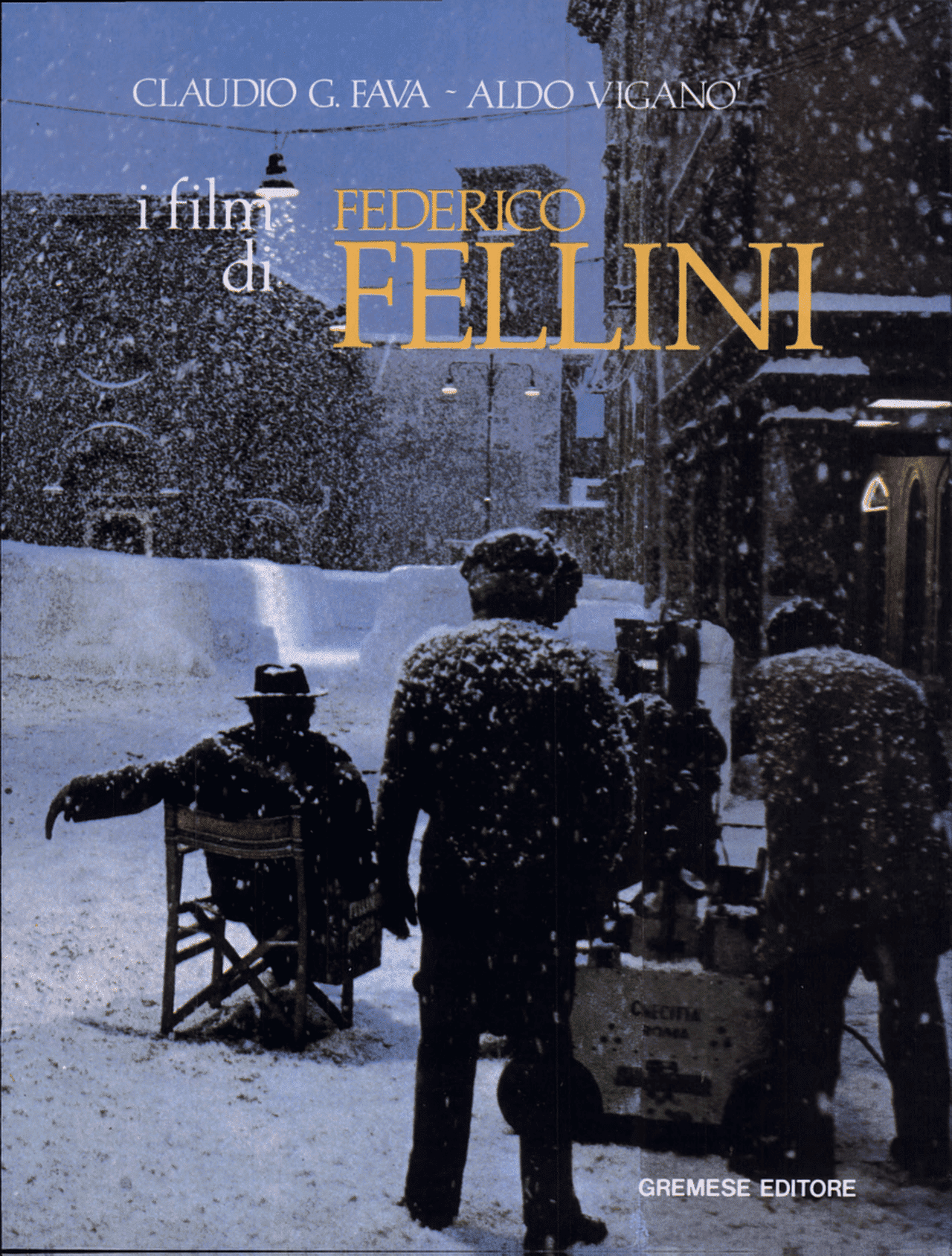 Federico Fellini was one of those film directors, most of whom were European, who came of age in the mid-twentieth century and who expanded viewers’, critics’, and filmmakers’ perceptions of cinema from a story with moving images to an art form. Fellini’s films revealed the possibilities of simultaneously exploring and presenting dreams, memories, and emotions. His influence on filmmakers such as Woody Allen, Roberto Benigni, and Emir Kusturica is noticeable, though none of these men come close to Fellini’s baroque touch or the personal outlook of his work. In this book, film critics Claudio G. Fava and Aldo Viganò, contemporaries of Fellini, concisely delineate the “Fellinian” elements and style as it emerged and progressed during his forty-year career. There is a caveat to this book, however. The English edition was published in 1985 while Fellini was still alive and so does not include his last three works: Ginger & Fred (1986), Intervista (1987), and La voce della luna (The Voice of the Moon) (1990), which is too bad because the first of these was marked by Fellini’s final film collaborations with Marcello Mastroianni and Giulietta Masina (Fellini’s wife) while the last film starred Benigni.

Before the reader even approaches the heart of the text—the discussion of the films—there are four sections one would be advised not to skip as they are not only informative and entertaining but structurally mirror a Fellini film. These are Claudio Fava’s “pre-introduction,” whose title “For Your Eyes Only” is a clue to the humorously loving but critically balanced critique that is to follow; a “brief introduction” written by Fellini for the translated edition in which he admits, “I’ve always run away from anything that tends to let people identify me, define me, frame me, represent me more or less approximately the way I am”; followed by Fava’s original introduction (to the Italian edition) that places Fellini’s work within the context of postwar Italian neorealism, and the admixture of styles that succeeded it. Finally, there is Aldo Viganò’s brief biography of the director (which, by Viganò’s own admission, Fellini “edited and completed”). It is invaluable for its discussion of Fellini’s childhood years in Rimini, memories of which he later drew upon for inspiration for his films. Viganò also outlines Fellini’s early years in Rome and his scriptwriting for other directors in the late 1940s and early 1950s, before his own directorial career got started. His fifty-year marriage to Giulietta Masina, his professional collaborations, and his evolving aesthetic provide the meat of the Biography section. But with Fellini, there are always surprises, and Viganò reveals that during the final year of World War II Fellini, still a minor figure in the Italian film industry, opened a caricature and portrait studio called The Funny Face Shop, whose clientele was primarily Allied soldiers. By the time the war ended, he and his partners owned nine such shops in Rome, though the bottom quickly fell out of the Funny Face market.  The Introduction and Biography are both heavily illustrated with photographs of Fellini at work or from his childhood in Rimini and his young manhood in Rome. Thus, the reader is well prepared to dive into the literary treatment of Fellini’s work.

The films are discussed in chronological order, with five sections to each film. The first section is a list of the important members of the production crew; followed by the cast list (both of these make for interesting comparisons among the films); a synopsis (not an easy thing when discussing Fellini’s films); notes on the film, nearly all of which are signed by Fava; and a selection of the film’s reviews, both good and bad. And each film is, of course, wonderfully illustrated with stills—all told, the book contains more than 200 photographs.

As intended, the book’s strengths are indeed in the Notes and Reviews sections. About three-quarters into the book, tucked in the Notes section for the film Roma, Fava provides the reader with the most important clue to Fellini’s personality, that Fellini was “Catholic all’italiana, that is to say basically atheist, vaguely Christian, but profoundly aware of the essence of Catholic ritual.” The authors also ascribe to the theory that Fellini was basically apolitical though a centrist despite the fact that his films are highly subversive, both politically and aesthetically.

Fava’s prose is relaxed and informative, as one might expect from a man who is both a film critic and a longtime friend of Fellini. He approaches each film differently, but always reveals some insight into the work whether it is in the production background, the director’s approach, or the initial audience reaction. (In those days when people took cinema more seriously, irate filmgoers insulted and spat upon Fellini on more than one occasion.) Fava also points out that one of the keys to Fellini’s success is his lengthy collaborations with writers Ennio Flaiano and Tullio Pinelli, cinematographer Giuseppe Rotunno, editors Leo Catozzo, and later Ruggero Mastroianni (brother of the actor), and the incomparable composer Nino Rota. The reviews collected in the book are balanced and give the reader insight into the contemporary critical outlook for each film, with reviews for the later films placing them within the overall Fellini oeuvre. There have, of course, been published subsequent books on Fellini’s work, but this early overview by two critics who had followed the director’s career almost from the outset is valuable for the insider knowledge it imparts regarding the great director’s struggles and creative process.