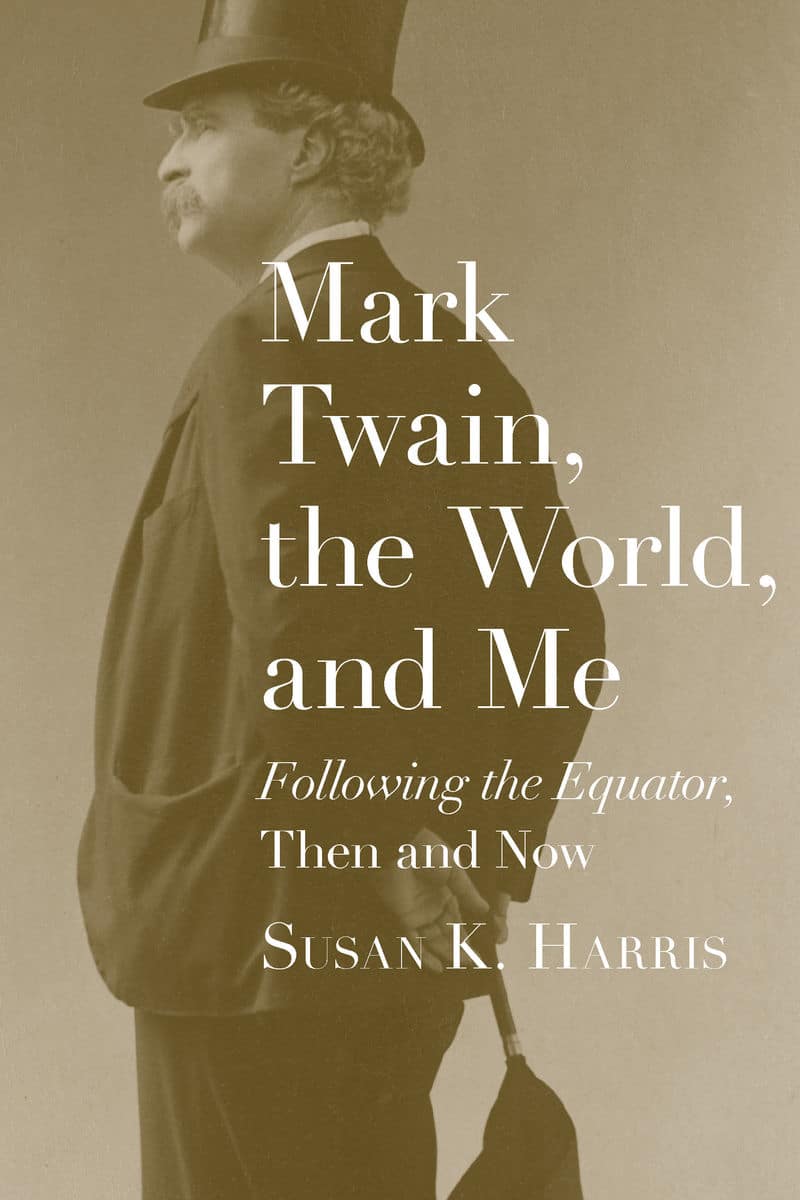 Following the Equator is the least studied of Mark Twain’s longer works, although his travel narratives were the genre that established his first serious reputation, beginning with The Innocents Abroad, a series of breezy skeptical newspaper reports published as a book in 1869. A couple of years later, Roughing It expanded his reputation as a Western humorist. With the publication of Life on the Mississippi in the 1870s, Twain’s name appeared on literary maps along the great river and the Rockies. He was the symbol of the American heartland—and so he remained throughout the next 100 years. When he went bankrupt in 1893, he was humiliated but promised the nation he would pay off his creditors, dollar for dollar. He turned to what he knew best, writing and lecturing, but this time around the world. The lectures and Following the Equator accomplished his objective and established “Mark Twain” as a visionary spokesman for oppressed people everywhere on the globe.

The plan was simple. Start at Hawaii, on which he had written many years before at the end of Roughing It, visit the Pacific islands, then on to Australia, New Zealand, and India; stop off in Africa, and then on to England, where he could fill in his notes. Hawaii was in the midst of a quarantine when he got there, so he filled the space with jokes about a lady who got sick but died because she had no vices to get rid of, and his first meeting with General Grant, along with descriptions of innocent natives ridiculous in European ornaments. He also examined “man-stealing” as a means of enslaving Pacific Islanders and noted the high death rate: “Very well, Bright Improvement has arrived, you see, with her civilization, and her Waterbury [pocket watch], and her umbrella, and her third-quality profanity, and her humanizing-not-destroying machinery, and her hundred-and-eighty-death-rate, and everything is going along just as handsome!” In Australia, he missed seeing animals, and the aborigines, the latter even in museums, recalling, “We have at home an abundance of museums and not an American Indian in them. It is clearly an absurdity, but it never struck me so before.” The innocent was awakening. As for the wild dog who steals some sheep—the Dingo—he is sentenced to extermination: “This is all right, and not objectionable. The world was made for man—the white man.” So, Twain travels and comes to a relationship with the Pacific Islands, and later India, where the cuffing of a man-servant by an English boss brings Twain to reminisce about his youth in the slave-holding South. As Twain progresses, the treatment of death and holiness, and even the landscape, come to repulse him. The travels play out in Africa with stories of English versus Boers and the exploitation of the diamond mines and the natives who work in them. Twain has become a man of the world—a world rooted in racism and exploitation, with plenty of absurdities and comic distractions scattered along the way.

Susan Harris’s Mark Twain, the World, and Me, takes on the task of interpreting Twain’s experience for modern readers by relating his experiences to herself. She comes to the subject naturally as a senior Mark Twain scholar with two of her well-respected books addressing issues of Twain’s conceptual framework, Mark Twain’s Escape from Time: A Study of Patterns and Images, and his dissenting views on America’s murderous imperialism in the Philippines, God’s Arbiters: Americans and the Philippines, 1898-1902. However, in this new book, she takes a radically different stance by interpreting her experience through her travels in the same regions rather than a formal academic perspective. Her adventures, like Twain’s, transport her to moments of her past, but, in doing so, bring out modern issues which make her book relevant to the America of 2021—tolerance, ecology, cultural identity, and even sexual identity, death by plague, prevention, and a host of related subjects.

Harris identifies her insights as an outsider, as opposed to Twain’s as a traveler. She is Jewish, which Twain off-handedly equates with the Parsees for their business sense. She is married to an African-American scholar, which makes her feel like a chameleon, adapting to the color of place as she listens to white South Africans describe their lives. She sometimes turns the scene around completely in recollecting Jewish relatives nodding in prayer shawls, herself being bussed through minority neighborhoods in the company of white students shouting anti-integration lines, and, late in the final chapter, the thought of her uncle Leonard cavorting comically at family gatherings in his wife’s underclothes raises it to her consciousness. Twain observed the racism of white Africans from the privileged role of a reporter. Susan Harris describes herself as having the sense of an outsider hiding out as an insider. That feeling leads her to reflect on how things alter and become invisible in our social and physical environment based on familiarity. She wonders if uncle Len knew more than we thought about the meaninglessness of social role-playing.

In India, the Ganges is the scene of various purification rights and sanctification. Yet, it is also highly polluted, and explaining how these points can coexist draws her into varied explanations—causal narratives, Harris calls them. The British narrative of culture and progress is that elevating India to modern standards is the solution. Twain notes that the story of elevating natives from savagery was widespread in his travels, sometimes agreeing but also treating such claims with appropriate sarcasm. As Harris points out, if he were writing in America today, he would have as satiric targets the government that permits the Gowanus Canal to remain as one of the most polluted waterways in America and allows corporations to continue fracking in Oklahoma despite what we know about geography and chemistry. Harris says that she came to her travels with some degree of innocence, but she leaves them with a larger sensitivity to roles and perspectives of different societies—from mainstream American to Jewish, to black or white African, or Indian, than when she began. She suggests Twain may also have changed on his travels, and I am inclined to agree. The result was his broadened sensitivity to events in the Philippines and later to colonial Africa, and, a little later, to the suppression of the Chinese. Each reflected themes that had appeared earlier in his works, but each took on larger dimensions, which are still expanding in our times.