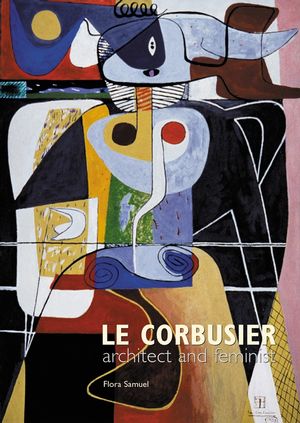 Flora Samuel, an architect and lecturer at the Welsh School of Architecture, has written widely on the subject of Le Corbusier. In Le Corbusier: Architect and Feminist, she unearths certain aspects of his work that other researchers have ignored or discounted. Samuel reveals for the first time in print a previously undiscovered and unpublished Le Corbusier building, the Provisional Theatre at La Sainte-Baume in France. A vaulted structure, it was designed to serve a number of purposes, including the representation of Mary Magdalene’s life. The author points out that Le Corbusier viewed Mary Magdalene, Jesus’ devoted disciple, as emblematic of a strong and courageous woman, rather than a passive one.

The theme of strong and assertive women, as well as their role in a male-dominated society, permeates the book. Samuel sifts through volumes of research to find Le Corbusier’s beliefs about women and how these views directly affected his work. For example, the author points out the dominance of the female form in his artistic work. She brings to light the aspects of Le Corbusier’s developmental years, which influenced his architecture and art, as well as his interest in the French feminist movement of the early 20th century. Samuel incorporated into her writing a thorough study of the cultural norms prevailing in Paris during the first half of the twentieth century. She found that Le Corbusier had beliefs that coincided with those of French feminists of his time, equality in education, and access to professional life. Le Corbusier’s interest in feminism is illustrated throughout the book. Among them, Samuel points to her findings that Le Corbusier appreciated their intellectual attributes. In line with French feminists’ beliefs, Le Corbusier hired women architects; a photograph in the book shows women at their drafting tables working side-by-side with men.

Le Corbusier saw the world as ordered and governed by the laws of nature, which included the idea of sexual balance. Samuel found that in Le Corbusier’s ideal vision, male and female would exist in equal and harmonious balance. It is Samuel’s opinion that Le Corbusier should be credited for having had a more open attitude toward women than many of his contemporaries.

The author divides her book into two parts. The first part focuses on Le Corbusier’s dealings and relationships with women where she delves into his intimate and professional relationships. In this section, she also provides research into French feminism from about 1900 through 1940.

In the second part of her book, Samuel focuses on Le Corbusier’s ideal vision of society and the roles of women therein. She discusses Le Corbusier’s quest for harmonious unity, which has its roots in Orphism, a world-view based on the ideas of Greek mathematician and philosopher Pythagoras, with its central concept focusing on harmony with nature that could only be achieved within a balanced relationship between a male and a female.

Through Samuel’s book, the reader is provided with an in-depth look at Le Corbusier as a person and an artist. Detailed notes at the end of each chapter, a thorough bibliography, interesting illustrations, and photographs throughout the book make this volume valuable to researchers, anyone studying architecture and art history, as well as those interested in Le Corbusier’s life in general.